The global warming apologists are struggling to explain the record cold on global warming due to an alleged slowdown in the jet stream keeping a 'polar vortex' alive. However, a recent paper finds no evidence of any unusual or unprecedented changes in the latitude or speed of the North Atlantic jet stream over the past 142 years since 1871. Another 2 papers confirm there is no evidence that climate change has slowed the jet stream or increased frequency of jet stream blocking which controls the polar vortex.

Once again, the global warming apologists are caught out again in the face of real-world data. Dr. Roy Spencer sums it up in a post today:

A new paper published in Geophysical Research Letters debunks claims that "Arctic amplification" is causing an increase of extreme weather in North America or the North Atlantic, finding such claims are "an artifact of the methodology" and not real. The paper finds no evidence of an increased frequency of jet stream blocking or a decrease of jet stream speed, a result corroborated by a recent paper finding no significant changes of the jet stream over the past 140 years. The paper debunks claims by climate alarmists such as Heidi Cullen [and Jennifer Francis] that "Arctic amplification" is causing a "constipated jet stream" leading to increased extreme weather in North America.

Other related links via Climate Depot:

Princeton Physicist Dr. Will Happer refutes claims that global warming is causing record cold: ‘Polar vortices have been around forever. They have almost nothing to do with more CO2 in the atmosphere’

Is Climate Change Causing the 'Polar Vortex'?
A blast of severe cold is sweeping across the country 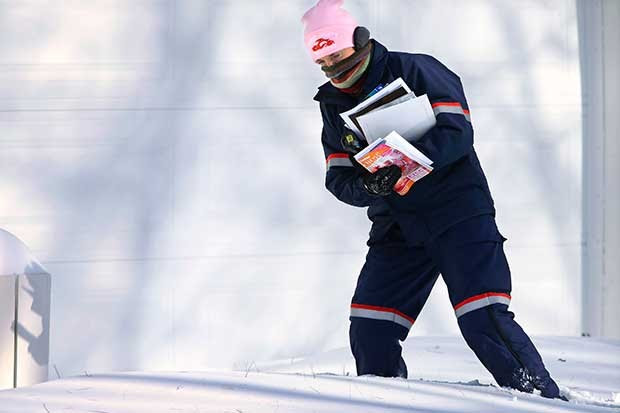 A blast of severe cold is sweeping across the country.

Large portions of the United States are currently experiencing the effects of a "polar vortex," an area of low pressure bringing dangerously cold air over the country. Temperatures in the Midwest and Northeast are below zero in many areas, with wind chills as low as -50 degrees.

Temperatures in many cities are expected to hit record lows, 30 to 50 degrees below typical averages. Thousands of flights have been cancelled, and schools across the country have been closed.

Jennifer Francis, a research professor with Rutgers University’s Institute of Marine and Coastal Sciences, said that such extreme weather events can be caused by global warming. Despite the fact that the extreme weather is bitter cold in this case, warming of the arctic can have such an effect because it changes the flow of the jet stream. Sea ice melts, leaving more water surface area exposed to absorb sunlight, leading to further warming. [Dr. Judith Curry on Jennifer Francis' credibility and Dr. Elizabeth Barnes' rebuttal of Francis' claims]

"Extra heat entering the vast expanses of open water that were once covered in ice is released back to the atmosphere in the fall," Francis said. "All that extra heat being deposited into the atmosphere cannot help but affect the weather, both locally and on a large scale."

The arctic is warming about twice as quickly as the rest of Earth, according to Francis, and this shrinking temperature difference slows down the jet stream. It then gets stuck, leaving weather patterns lingering longer than usual.

Yet a study by Colorado State Professor Elizabeth A. Barnes suggests that this explanation oversimplifies the impacts of Arctic warming, as well as the subsequent impacts on severe weather:

We conclude that the mechanism put forth by previous studies … that amplified polar warming has led to the increased occurrence of slow-moving weather patterns and blocking episodes, appears unsupported by the observations.
Posted by MS at 9:57 AM