A compilation of key Climategate emails

Celebrating death of a skeptic

From: Kevin Trenberth, before Wed, 14 Oct 2009 01:01:24 -0600
The fact is that we can’t account for the lack of warming at the moment and it is a travesty that we can’t. The CERES data published in the August BAMS 09 supplement on 2008 shows there should be even more warming: but the data are surely wrong. Our observing system is inadequate.

From: Michael Mann Date: 27/10/2009, 16:54
Perhaps we'll do a simple update to the Yamal post, e.g. linking Keith/s new page--Gavin t? As to the issues of robustness, particularly w.r.t. inclusion of the Yamal series, we actually emphasized that (including the Osborn and Briffa '06 sensitivity test) in our original post! As we all know, this isn't about truth at all, its about plausibly deniable accusations. 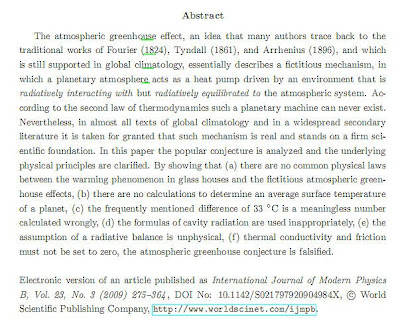 see a lay explanation of this paper here and here. Following publication, Smith published a rebuttal, and then a rebuttal of Smiths paper was published! See also here.

another scientific post called "The Climate Catastrophe- A Spectroscopic Artifact? by Dr. Heinz Hug argues that "laboratory measurements of the infrared absorption of carbon dioxide using an FT-IR spectrometre suggest that the radiative forcing for CO2 doubling must be much less than assumed by climate scientists until now. A reduction factor of 80 is likely." See also here. And here.

Habibullo Abdussamatov, born in Samarkand in Uzbekistan in 1940, graduated from Samarkand University in 1962 as a physicist and a mathematician. He earned his doctorate at Pulkovo Observatory and the University of Leningrad. He is the head of the space research laboratory of the Russian Academies of Sciences' Pulkovo Observatory and of the International Space Station's Astrometry project, a long-term joint scientific research project of the Russian and Ukranian space agencies. In an article in the Canadian paper The National Post, Dr. bdussamatov debunked the very notion of a greenhouse effect. "Ascribing 'greenhouse' effect properties to the Earth's atmosphere is not scientifically substantiated," he maintains. "Heated greenhouse gases, which become lighter as a result of expansion, ascend to the atmosphere only to give the absorbed heat away." 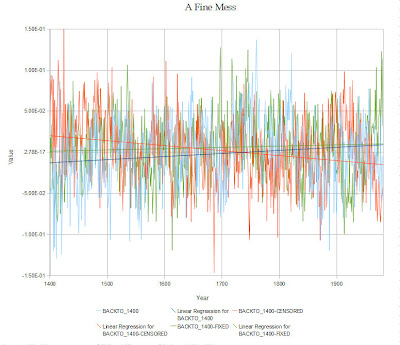 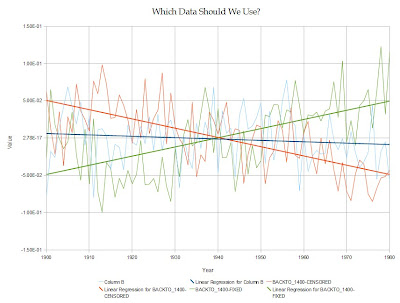 The IPCC gang have essentially dismissed the influence of solar activity - "solar forcing"- on global warming, assigning a 5 times greater effect to mostly-man-made greenhouse gases. Solar ultra-violet, visible, and infrared radiation are the primary factors for the earth's climate, including global average temperatures, and these energy sources appear to be quite constant. However, many scientists have observed correlations between the solar magnetic activity, which is reflected in the sunspot frequency, and climate parameters at the earth. Sunspots have been recorded through several hundreds of years, which make it possible to compare their variable frequency to climate variations to the extent that reliable climatological records exist. Arguably, sunspot data (and sunspot proxies-see below) may be considerably more objective than tree-ring data given the influences of precipitation, altitude, CO2, missing data, clouds, latitude, and other "extraneous" factors. One of the most striking comparisons of sunspot activity to climate was published by E. Friis-Christensen and K. Lassen, Length of the solar cycle: An indicator of solar activity closely associated with climate, Science, 254, 698-700, 1991. In their work, the average temperature in the northern hemisphere was compared to the average solar activity defined from the interval between successive sunspot maxima, concluding "70-90 years oscillations in global mean temperature are correlated with corresponding oscillations in solar activity. Whereas the solar influence is obvious in the data from the last four centuries, signatures of human activity are not yet distinguishable in the observations. " An HTML version of this work is available here and shows a striking correlation between sunspot cycle length and temperature using an 11 year moving average (Fig. 4).

Sunspot cycles vary in length from about 9 to 14 years. Some peaks are high, others low. The valleys are usually brief, lasting only a couple of years, but sometimes they stretch out much longer. In the 17th century the sun plunged into a 70-year period of spotlessness known as the Maunder Minimum that still baffles scientists. The Maunder Minimum coincided with the middle — and coldest part — of the Little Ice Age, during which Europe and North America, and perhaps much of the rest of the world, were subjected to bitterly cold winters. The postulated reason why decreased solar activity (correlated with decreased sun spots) leads to global cooling is that there is reduced solar wind, which decreases the geomagnetic shield of the earth from cosmic rays, resulting in increased galactic cosmic ray flux to the earth, which cause formation of more low-level clouds and more snow, which in turn cause more albedo effect (more heat reflected), and therefore colder climate.

Above: Yearly-averaged sunspot numbers from 1610 to 2008. Researchers believe upcoming Solar Cycle 24 will be similar to the cycle that peaked in 1928, marked by a red arrow.

Right now, the solar cycle is in a valley--the deepest of the past century. In 2008 and 2009, the sun set modern age records for low sunspot counts, weak solar wind, and low solar irradiance. The sun has gone more than two years without a significant solar flare. Take a look at the widget above right - zero sunspots- for far longer than the next solar cycle had been predicted to start. Might this be part of the reason for the "travesty" (quoting a climategate email) of global cooling over the past decade?

Climategate: The Travails of a Global Warming Hobbyist

Posted on the excellent pajamasmedia blog by Terry Hughes On November 28, 2009

In 2006, when we were being absolutely inundated by the shrill voices of global warming both pro and con, I, like a great many Americans, didn’t know exactly what to believe. I wasn’t ready to don my aluminum foil hat and go sit at the table where the voices cried out “global one world government conspiracy.” Neither was I ready for hemp clothing, joining the folks over at Al’s table to denigrate the “flat earth global warming deniers.”

So what’s the average guy to do? Geek that I am, I started downloading a hundred years worth of temperature data from the government web site, and built my own dataset, for my hometown of Phoenix.

Now bear in mind I’m not a climate researcher. I have no credentials that would lend any credence whatsoever to anything I might discover one way or the other. I simply figured I can look at numbers as well as the next guy, and go from there. And voila! I got a hockey stick [1]!

Climategate: Alarmism Is Underpinned by Fraud

In the geological past, there have been six major ice ages. During five of these six ice ages, the atmospheric carbon dioxide content was higher than at present. It is clear that the colorless, odorless, non-poisonous gas called carbon dioxide did not drive past climates. Carbon dioxide is plant food, not a pollutant.

Humans have adapted to live on ice sheets, deserts, mountains, tropics, and sea level. History shows that humans and other organisms have thrived in warm times and suffered in cold times.
In the 600-year long Roman Warming [1], it was 4ºC warmer than now. Sea level did not rise and ice sheets did not disappear. The Dark Ages followed, and starvation, disease, and depopulation occurred. The Medieval Warming followed the Dark Ages, and for 400 years it was 5ºC warmer. Sea level did not rise and the ice sheets remained. The Medieval Warming was followed by the Little Ice Age [2], which finished in 1850. It is absolutely no surprise that temperature increased after a cold period.

“Global warming” refers to the global-average temperature increase that has been observed over the last one hundred years or more. But to many politicians and the public, the term carries the implication that mankind is responsible for that warming. This website describes evidence from my group’s government-funded research that suggests global warming is mostly natural, and that the climate system is quite insensitive to humanity’s greenhouse gas emissions and aerosol pollution.

Believe it or not, very little research has ever been funded to search for natural mechanisms of warming…it has simply been assumed that global warming is manmade. This assumption is rather easy for scientists since we do not have enough accurate global data for a long enough period of time to see whether there are natural warming mechanisms at work.

Q: How many climate scientists does it take to change a light bulb?

A: None. The consensus is that its going to change, so they've decided to leave us in the dark.

A: You have to file a freedom of information request to get that information (but it will be denied).

A: What light bulb? The EU has banned them for environmental reasons.

A: None. The mainstream media prefers to stumble around in the dark.