WSJ: "In Exxon War, Bamboozled by Greenies" & "The Tombstone Pipeline"

In Exxon War, Bamboozled by Greenies


Journalists discover (and misrepresent) what the oil giant has been trying to tell them for years. 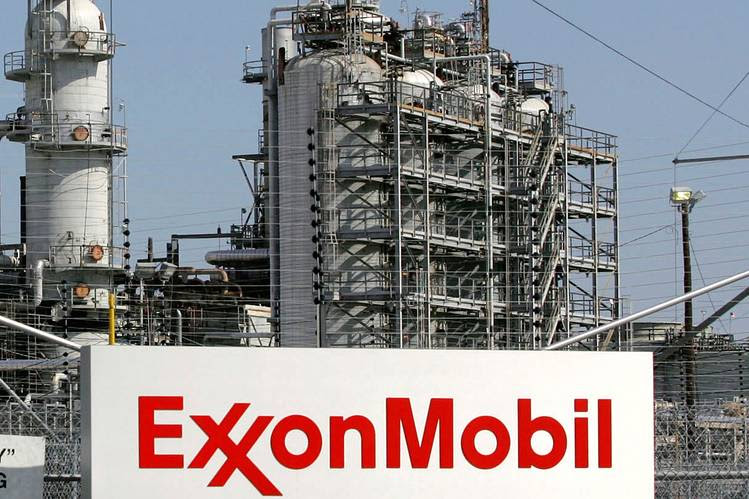 ENLARGE
The Exxon Mobil refinery in Baytown, Texas.PHOTO: JESSICA RINALDI/REUTERS
Scurry on board the Exxon prosecution express. Lest they be left behind and called “deniers,” Bernie Sanders, Martin O’Malley,the attorney general of New York and Al Gorethis week all demanded criminal investigation of Exxon Mobil as a result of recent media “exposés.”
Hillary Clinton in New Hampshire on Thursday agreed, saying, “There’s a lot of evidence that they misled people.”
Not one of these worthies likely examined the evidence, which tells a story quite different from the claim that Exxon somehow concealed its understanding of the climate debate. But the hurdle rate for “investigative” journalism has apparently become low. The allegedly damning documents that the Los Angeles Times and the website Inside Climate News (ICN) claim to have unearthed were published by Exxon itself, in peer-reviewed journals, on its website, and in archives created by Exxon for public use.

Business World Columnist Holman Jenkins Jr.on President Obama’s announcement to reject TransCanada’s application to build the Keystone XL Pipeline. Photo credit: Associated Press.
Technically, the reporters wallow in the equivocation fallacy. Uncertainty about whether X=2 is not the same as uncertainty about whether 2+2=4. Acknowledging and even studying man’s impact on the climate, as Exxon has done and continues to do, is not tantamount to endorsing a green policy agenda of highly questionable value.
And that’s the real problem. Read closely and the accusation isn’t really that Exxon misled the public by emphasizing the uncertainties of climate science, which are real. It’s that Exxon refused to sign up for a vision of climate doom that would justify large and immediate costs to reduce fossil fuel use.
This fantasy is summed up in the ICN series by Penn State climatologist Michael Mann,who is quoted as saying, “All it would’ve taken is for one prominent fossil fuel CEO to know this was about more than just shareholder profits.”
But wait, hasn’t this experiment been run? In the early 2000s, BP CEO John Brownebegan sounding a climate alarm. Ron Oxburgh, the chairman of Shell, gave a speech warning of planetary doom. In 2007, Alcoa, GE, Duke Energy, Ford, DuPont and others endorsed a U.S. cap-and-trade bill. All this failed to move the ball in two successive congresses, though, because Senate Democrats (the second time joined by President Obama) didn’t want to be blamed for jacking up gasoline prices.
The same experiment has also been run globally. Out of 196 countries, 196 have concluded that there is no way, with current technology, to take a big enough whack out of carbon-dioxide emissions at a cost their societies would be prepared to bear.
Even Mr. Obama’s decision on Friday to nix the Keystone XL pipeline came at a time of low gas prices when he will never face voters again, and in full knowledge that his decision won’t impede Canada’s development of its oil sands.
The narrative of Exxon’s supposedly criminal deceit may be loopy, but save your real contempt for the climate lawyers now rubbing their hands over a Big Tobacco-style lawsuit. In effect, their cynical reasoning is that Exxon can be punished for failing to conceal its awareness of the climate debate.
But why stop at Exxon? President Obama is aware of the threat of climate change—he talks about it all the time—yet has presided over an expansion of oil and gas leasing. Vice President Al Gore endlessly harped on climate change—yet when confronted with a modest uptick in gasoline prices during his presidential run, insisted that President Clinton open the strategic reserve to keep gas prices low.
Maybe the tobacco analogy is apt after all. Recall that the result of government lawsuits wasn’t to ban tobacco use but to make government (and organized crime) the main beneficiary of tobacco revenues. The U.S. government controls 31% of America’s mineral rights, and has 42,000 drilling leases in effect covering 80 million acres. Federal lands produce 41% of America’s coal output. Elsewhere, governments control 100% of mineral rights. Wherever it operates these days, Exxon is mainly an agent for governments determined to realize oil revenues regardless of any climate fears.
But the big lie here is that any Exxon spectacle would be aimed at advancing the cause of climate policy anyway. Especially sad is the decision by Fred Krupp of the Environmental Defense Fund to sign a group letter calling for a criminal inquiry, though he mealy-mouthed his participation by saying “We don’t have all the facts. We’re not prejudging what happened.”
Mr. Krupp was last seen blaming the “shrillness that has permeated our advocacy” for the Senate defeats, and calling for a “more reasoned” and “calmer discussion” that is diametrically the opposite of the Exxon witch trial now being whipped up.
At least until this week, Mr. Krupp was an outlier, devoting himself to the coalition-building that is indispensable for real policy progress (and Exxon for the past six years has been a public supporter of a carbon tax). But Mr. Krupp’s fellow climate campaigners clearly have other priorities.

Nov. 6, 2015 6:56 p.m. ET
132 COMMENTS
President Obama personally killed the Keystone XL pipeline on Friday, dismissing the project as a mere “symbol” that “has occupied what I, frankly, consider an overinflated role in our political discourse.” The irony is that the pipeline’s benefits would be tangible, while the symbolism and overinflation are entirely political.
A President more invested in the real economy would have long ago welcomed Keystone’s contribution to North American energy development. But on Friday Mr. Obama emerged, seven years into both his Presidency and multiple State Department reviews of the pipeline, to declare that Keystone is not in the national interest of the United States.
This position is—to borrow his phrase—well outside the bipartisan political center. Mr. Obama would have been more honest if he’d admitted that he is bowing to the interests of the green-left fringe and the Democratic donors who oppose all forms of carbon energy.
A broad Congressional majority voted to approve Keystone this year, including nine Democrats in the Senate and 28 in the House, falling only a few votes short of a veto override. Business, consumers, labor unions and America’s No. 1 trading partner Canada also wanted to connect Alberta’s oil sands to Gulf Coast refineries, which would create thousands of jobs and strengthen energy security.

Business World Columnist Holman Jenkins Jr.on President Obama’s announcement to reject TransCanada’s application to build the Keystone XL Pipeline. Photo credit: Associated Press.
Even as he killed Keystone, Mr. Obama urged Congress to “pass a serious infrastructure plan.” But what are pipelines if not the definition of infrastructure—and this one shovel-ready besides, at no cost to taxpayers? Even Mr. Obama conceded that Keystone is not “the express lane to climate disaster,” and the State Department determined the pipeline would reduce CO2 emissions by displacing oil transport via truck and rail. Then why reject it?
To promote his climate-change ambitions, by Mr. Obama’s own admission. Mr. Obama said in his statement Friday that the U.S. “is now a global leader” on climate change “and frankly, approving this project would have undercut that global leadership.” So he will now dump Keystone’s corpse at the Paris global-warming summit in the coming weeks and demand that other countries make their own ritual sacrifices.
Mr. Obama suggested that “other big emitters like China” will be impressed. Yet only this week the Chinese revealed that their coal use is 17% higher than previously thought. China is such a heavy carbon user that this 17% wedge alone amounts to 70% of all U.S. coal emissions. If this correction in any way revises Mr. Obama’s climate pact with Chinese President Xi Jinping, he didn’t mention it.
The larger and more dangerous symbolism is what Mr. Obama’s refusal reveals about today’s Democratic Party. Liberals used to favor a price on carbon, which would be damaging enough for economic growth. Now they believe fossil fuels must remain underground forever and favor any obstruction against their development. Hillary Clinton now embraces this same philosophy.
Maybe Keystone can be revived in the next Administration, assuming a Republican wins the Presidency and the TransCanada company hasn’t written off America as too politically risky. For now, workers and the economy will have to suffer for Mr. Obama’s green illusions.
Posted by MS at 10:32 PM