The Keystone veto is not a governing strategy but an act of isolation. 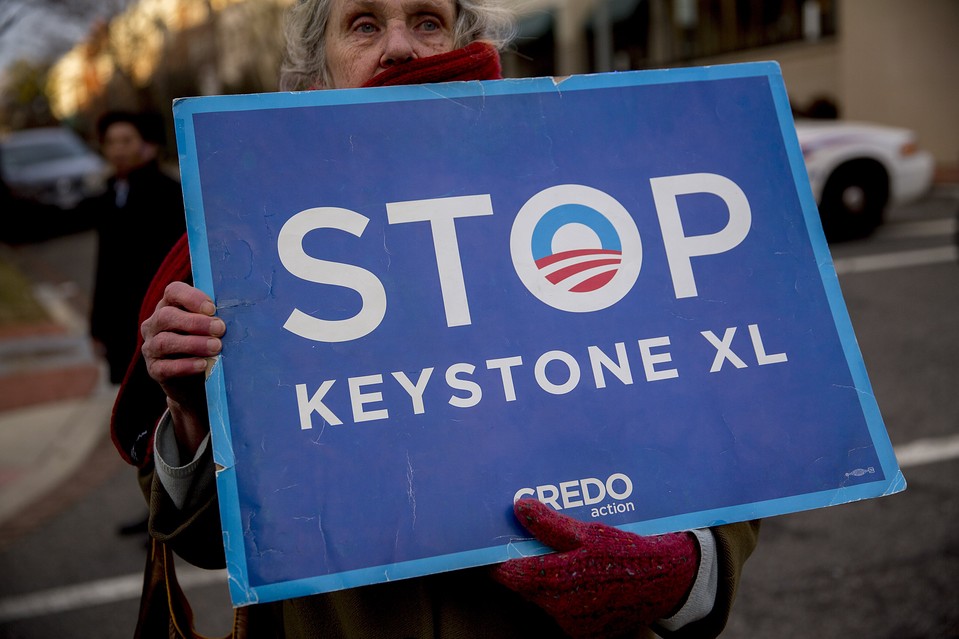 White House aides are whispering that President Obama ’s veto of the Keystone XL pipeline authorization bill signals a new phase of his Presidency, and we suppose they’re right. He’ll finish out his tenure as a Howard Hughes-like penthouse recluse who is ever more withdrawn from the political and economic center.

The legislation to build the Keystone XL pipeline that Mr. Obama rejected Tuesday enjoys a broad bipartisan consensus, including support from nine Senate Democrats and 28 in House. Business, labor unions, most consumers, and ally and trading partner Canada are also in favor of this $8 billion infrastructure project, which will create jobs, strengthen North American energy security and increase prosperity.

Mr. Obama is refusing these benefits to bow to the environmental-left fringe that opposes all carbon energy. The reason he gave in a quiet veto message to Congress—no speech, no cameras—was that the bill “cuts short thorough consideration of issues that could bear on our national interest.” The Keystone has been in regulatory limbo for about 2,300 days in perhaps the most extensive permitting review in the history of American government.

Aside from his green billionaire friends, we suspect Mr. Obama also wanted to frustrate what happens to be an incidental Republican priority: The House is 11 votes and the Senate merely five votes short of the two-thirds majority necessary for a override.

The Washington press corps is all but filing profiles of Mr. Obama’s veto pen (a Cross Townsend roller-ball) and explaining that his wall of vetoes against anything that comes out of Congress is his “strategy” for the next two years. The better way of putting is that Mr. Obama will leave office increasingly isolated, obstructionist and partisan.


Activists get their jollies blocking pipeline construction, but the crude still flows through your neighborhood. 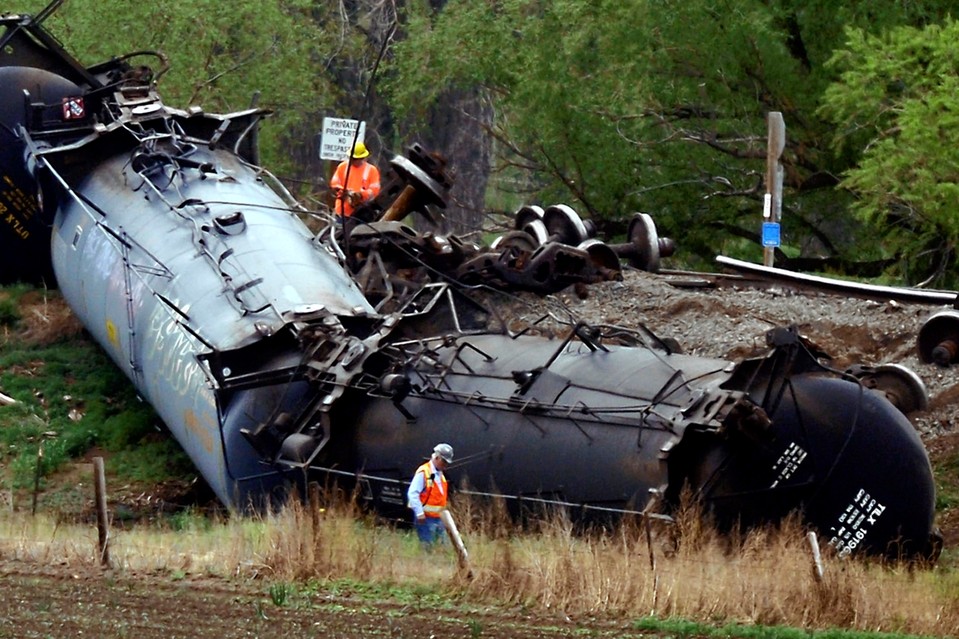 It’s better to be lucky than good. President Obama, who arrived promising to heal the planet and halt the rising seas, instead presided over a fossil-fuel renaissance in America. If you were unemployed and found a decent job in Obama’s economy, there’s a good chance it was a fracking job. If things are finally looking up for the middle class, cheap gas is a major contributor.

He was lucky again on July 6, 2013. Thanks to various competing news stories (a plane crash in San Francisco, the Trayvon Martin shooting trial), Americans did not dwell on a fiery oil-train accident in Canada that killed 47. For if there’s one boom Mr. Obama can claim authorship of, it’s the oil-by-rail boom.

A business that barely existed when he took office now moves an impressive million barrels a day. The oil pouring forth from America’s resurgent fields, after all, has to reach market somehow. And as the Journal explained in December, political opposition to the Keystone XL pipeline has “emboldened resistance to at least 10 other pipeline projects across North America. . . . The groups coordinate their moves in regular conference calls and at meetings in Washington, D.C., and elsewhere.”

The publication Energy Monitor Worldwide elaborated in September: “Environmentalists and governments are making it more and more difficult to get approval to build pipelines, so producers are increasingly using rail to get their oil to refineries for processing into products that the American public needs. . . . If all the railcars carrying crude oil on a single day were hitched together to a single locomotive, that train would be about 17 miles long.”

Yes, oil can move by ship, but America’s 94-year-old Jones Act, a law cherished by Democrats and labor unions, makes it prohibitively expensive. If the goal is to move U.S.-produced oil to U.S. markets without some gimmicky side-trip through the European refining industry, that leaves rail.

All the more newsy, then, is Mr. Obama’s unsurprising veto of bipartisan legislation that would have authorized the Keystone XL pipeline. Opposing Keystone, it goes without saying, will not make the slightest difference to things opponents claim to care about. It will not alter by an infinitesimal fraction of a degree mankind’s reliance on fossil fuels or the continued development of hydrocarbon resources.

It will, however, give fresh impetus to America’s oil-by-rail boom.

Oregon, a state whose green bona fides are not in doubt, has already approved $6.9 million in public subsidies to expand rail capacity to receive Bakken crude from North Dakota and redistribute it on Columbia River barges.

The International Energy Agency forecasts that North America will invest $2.5 trillion in oil infrastructure over the next 20 years, of which Keystone would have represented just 0.3%. More of those dollars now will be spent to build oil-by-rail infrastructure, less to build pipeline infrastructure, although most experts consider pipeline a safer way to transport oil.

Not to worry, however. In all likelihood, a tragedy like the accident that wiped out the Canadian town of Lac-Mégantic 20 months ago won’t recur. Railroads have steadily gained experience to handle their explosive windfall without major disaster. But, as we are reminded every few weeks, trains will still derail, oil will spill, and messes will have to be cleaned up.

Which raises a question: What are Mr. Obama’s true policy convictions, if any?

After the midterm elections, we might have expected him to try to tempt the new Republican majority with a tax-reform deal in return for a carbon tax. Even if the effort didn’t bear immediate fruit, the way would be pointed toward a long-term bargain to restore growth while addressing climate-change fears.

We also would have expected him finally to wave through the Keystone pipeline, if only out of irritation with green allies for tormenting him over a phony symbolic issue.

Wrong on both counts. Polls show the public supports the pipeline; labor wants the jobs. But for Mr. Obama, the balancing factor is clearly the criticism he would receive from the Sierra Club, the hostile tweets that might be directed at him from millennials, and the money that a handful of green billionaires might redirect to the Clinton Foundation rather than Mr. Obama’s own post-presidential occupations.

What seems absent from his calculations are any practical considerations outside the political bubble, such as the millions of barrels of flammable liquid that will be rumbling through America’s residential neighborhoods aboard mile-long oil trains.
Posted by MS at 5:24 PM