Obama’s Wind-Energy Lobby Gets Blown Away 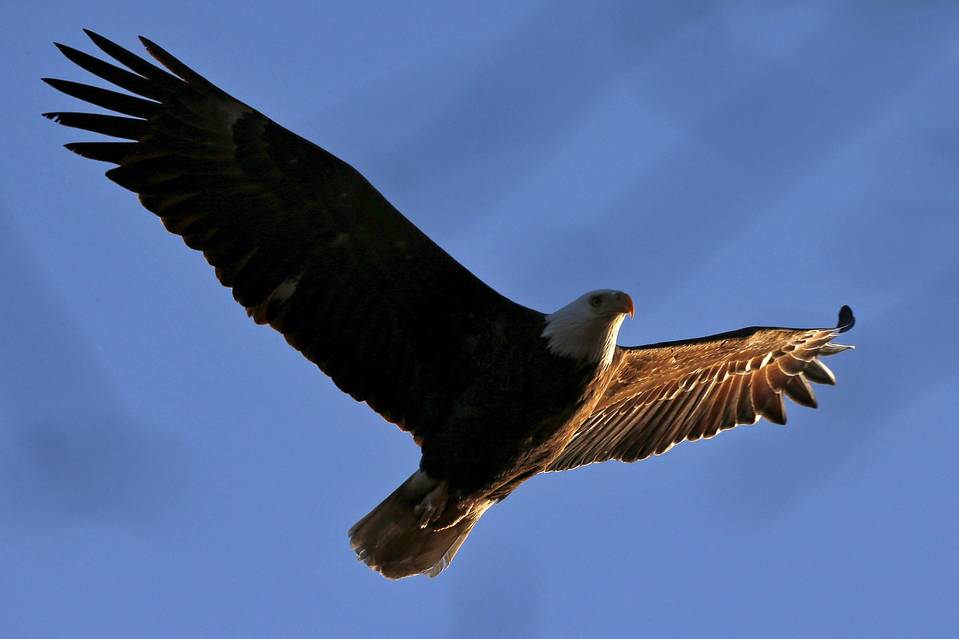 By
ROBERT BRYCE
Aug. 18, 2015 7:09 p.m. ET
212 COMMENTS
Chalk one up for the bald eagle. The avian symbol of American freedom has beaten theObama administration and the wind industry in court, though the majestic birds still don’t stand a chance when flying near the subsidy-fueled blades of green-energy production.
On Aug. 11, a federal judge in the Northern District of California shot down a rule proposed by the U.S. Fish and Wildlife Service (FWS) that would have allowed the wind industry to legally kill bald eagles and golden eagles for up to three decades.
The ruling is a setback for the wind industry and President Obama’s Clean Power Plan, which depends on tripling domestic wind-energy capacity to meet the plan’s projected cuts in carbon-dioxide emissions by 2030. The ruling also exposes the Obama administration’s cozy relationship with the wind industry and the danger to wildlife posed by a major expansion of wind-energy capacity.
U.S. District Judge Lucy H. Koh, an Obama appointee, ruled in favor of the plaintiff, the American Bird Conservancy, and against the FWS’s “eagle take” rule. Judge Koh found that the FWS violated the National Environmental Policy Act in 2013 when the agency’s director, Dan Ashe, decided that the agency could issue permits to wind-energy companies that would have allowed them to lawfully kill eagles for up to 30 years without first doing an environmental-impact assessment. Permits were previously limited to five years.
Mr. Ashe, an Obama nominee who has headed the FWS since 2011, ignored the advice of a staff member who warned him, according to the ruling, that “real, significant, and cumulative biological impacts will result” if the eagle-kill permits were extended from five to 30 years. Rather than listen to his staff, Mr. Ashe sided with the wind-energy lobby, which pushed hard for the 30-year permits. More than a dozen wind companies have applied for eagle-kill permits.
Bird kills in general, and eagle kills in particular, are a legal and public-relations nightmare for an industry that promotes itself as “green.” The FWS and the Justice Department have been reluctant to prosecute the wind industry for killing protected birds—bringing only two cases against wind-energy companies over the past two years—even though a study published in the March 2013 issue of the Wildlife Society Bulletin found that wind turbines in the U.S. kill some 573,000 birds and 880,000 bats each year. The study also said there is an “urgent need to improve fatality monitoring methods” at wind facilities.
Under the Clean Power Plan, the Energy Department projects that wind-generation capacity will surge from 66 gigawatts in 2014 to some 200 gigawatts in 2030. But for that expansion to happen, the federal government will have to give wind companies formal permission to kill some of our most iconic wildlife. And that’s where the raptor meets the turbine blade.
The Clean Power Plan relies on wind more than any other form of renewable energy to reduce greenhouse gas emissions. Achieving those reductions will require covering roughly 54,000 square miles of land (an area about the size of New York state) with tens of thousands of new turbines.
Those turbines will be killing birds and bats in far greater numbers than they are now. Yet the federal government has no clear policies for how it will handle the impending slaughter or to what extent it will prosecute wind-energy companies for violating the 1940 Bald and Golden Eagle Protection Act and the 1918 Migratory Bird Treaty Act.
The rationale being used by renewable-energy promoters and the Obama administration is that future climate change trumps today’s wildlife concerns. Therefore, we have to kill lots of birds and bats with turbines to save them from the possibility of climate change. Never mind that whatever carbon-dioxide cuts we achieve will be swamped by soaring emissions growth in places like Brazil, India and Indonesia.
Meanwhile, the killing by wind turbines continues. On July 25 a wounded female golden eagle was found near a turbine at the Altamont Pass Wind Resource Area in northern California. A local 2008 study estimated that the Altamont wind facility kills some 60 golden eagles, 2,500 raptors and 7,000 non-raptors each year. The injured eagle was taken to a wildlife hospital where veterinarians found the bird’s wing had been “shredded.” Saving the bird was deemed futile and the eagle was euthanized.
Last week an FWS spokesman told me the agency is “looking into the circumstances surrounding” the eagle death at Altamont.
Mr. Bryce, a senior fellow at the Manhattan Institute, is the author of “Smaller Faster Lighter Denser Cheaper: How Innovation Keeps Proving the Catastrophists Wrong” (PublicAffairs, 2014).
Posted by MS at 11:37 AM