What’s Going on Behind the Curtain? Climategate 2.0 and Scientific Integrity 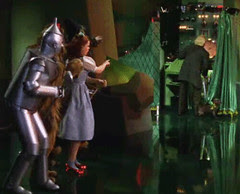