To approve natural gas exports and other energy projects, the president may demand a carbon tax

WSJ.COM 1/25/13:  President Obama set off a guessing game this week as to what he intended with his inaugural promise to double down on climate change. There's no need to guess. California Democrat Barbara Boxer, the Senate's climate guru, was happy to fill in the gory details.
The president's climate shout-out sent the green community into flurries of ecstasy, with grand hopes of a new push for cap-and-trade in Congress, or of a redoubled U.S. commitment to a global carbon pact. It fell to Mrs. Boxer to tamp down those ambitions, even as she reassured her devotees that there is more than one way to skin the climate cat.
"A lot of you press me . . . on: 'Where is the bill on climate change? Where is the bill?' There doesn't have to be a bill," Mrs. Boxer explained in a briefing the day after Mr. Obama's speech. "I'm telling you right now, EPA has the authority in the transportation sector, the electricity sector, and the industrial sector under the Clean Air Act" to do everything that legislation might otherwise do. 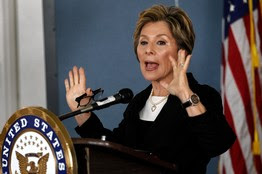 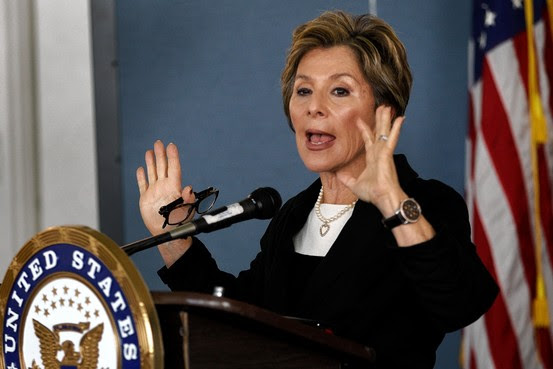 Associated Press
Sen. Barbara Boxer (D., Calif.)
In other words, with the election over, all pretense is gone. Democrats won't waste political capital on a doomed cap-and-trade bill. Yet they'll get their carbon program all the same, by deputizing the EPA to impose sweeping new rules and using their Senate majority to block any GOP effort to check the agency's power grab. The further upside? Brute regulation is not only certain and efficient, it allows vulnerable Democrats to foist any blame on a lame-duck administration.
Mrs. Boxer has spent years on climate, and she wouldn't be surrendering her legislative ambitions without clear assurances the White House has her covered. Her words were a signal that the Obama EPA is about to re-energize the regulatory machine that it put on ice during the election. Republicans who hoped Lisa Jackson's resignation signaled a more humble EPA approach should instead prepare for an agency with a new and turbocharged mission.
Just as notable, Mrs. Boxer gave the clearest sign yet that Dems intend to simultaneously pursue the new holy grail of climate control: a carbon tax. The left has been ginning up enthusiasm for this energy tax, not only as a means of cutting fossil-fuel use, but as a way of generating enormous revenue to cover their spending ambitions. The Democrats' political problem, however, is that the tax remains hugely unpopular.
Mrs. Boxer helpfully detailed Democrats' new strategy for getting a foothold. Now that cars are so much more fuel-efficient, she explained, the gas tax isn't bringing in enough revenue to cover highway needs. How to fix this? Easy! Just replace the gas tax with a carbon tax.
As strategy goes, this is clever. The gas tax itself is unpopular, so Democrats are betting on some public support for killing it. They figure at least some Republican porksters will salivate at more state highway money. Democrats can initially sell the tax as limited to covering infrastructure, knowing that once the principle is established, they can ramp up. And all this can be silkily pitched as part of "tax reform."
The only thing Mrs. Boxer did not explain was how the administration intends to balance this climate crackdown with its position atop an American energy renaissance. Mr. Obama spent the past election year bragging that gas and oil production had risen on his watch, hoping to cadge some credit for the economic boom that has accompanied private-sector drilling advances.
The administration has kept open the possibility of approving the Keystone XL pipeline. It has hinted it will greenlight more export terminals for natural gas. It last week again delayed its fracking rules for public lands. These moves have encouraged the oil-and-gas industry, even as they have driven the environmental community nuts. The Natural Resources Defense Council this week declared that approving Keystone would be "fundamentally inconsistent" with Mr. Obama's renewed vow to "address climate change."
Or would it? Republicans might recollect that the Obama administration has a practiced method of winning controversial legislation like ObamaCare and Dodd-Frank. To wit, it uses a combination of bribes and threats to get pertinent sectors of the business community to back its efforts.
Consider what the mighty oil-and-gas lobby might be co-opted to do—either out of gratitude for the president's backing or fear that he might turn on it. Consider how the political environment might change if the industry threw its weight behind a carbon tax or the EPA climate scheme. Consider that this might prove an easy call, given that a tax would be borne by its customers, while EPA regs will mostly crush coal. Consider that numerous Big Oil chieftains have already endorsed such a carbon levy. And who says Mr. Obama has to decide Keystone XL or anything else soon? He could hold out, to see what he can extract in return.
All this is food for thought for those conservatives who have been lulled into complacency by the stall of cap and trade. A big climate agenda is coming, only on very different terms. If Republicans hope to spare the economy that pain, it's time to adapt.
Posted by MS at 6:00 PM