A paper published today in Nature Climate Change claims "Unabated planetary warming...since 2006" of the world's oceans of a tiny 0.005C/year from 0-500 meter depths and an even smaller 0.002C/year for the 500-2000 meter depths. This rate is equivalent to only 0.2°C to 0.5°C ocean warming per century, far less than the 3°C global warming by 2100 central estimate of the IPCC.

Examination of the paper, however, reveals multiple questionable claims and contradictions to the claims of climate alarmists and IPCC:

For these reasons and others, the claim of unabated anthropogenic warming of the oceans from greenhouse gases since 2006 is unwarranted. 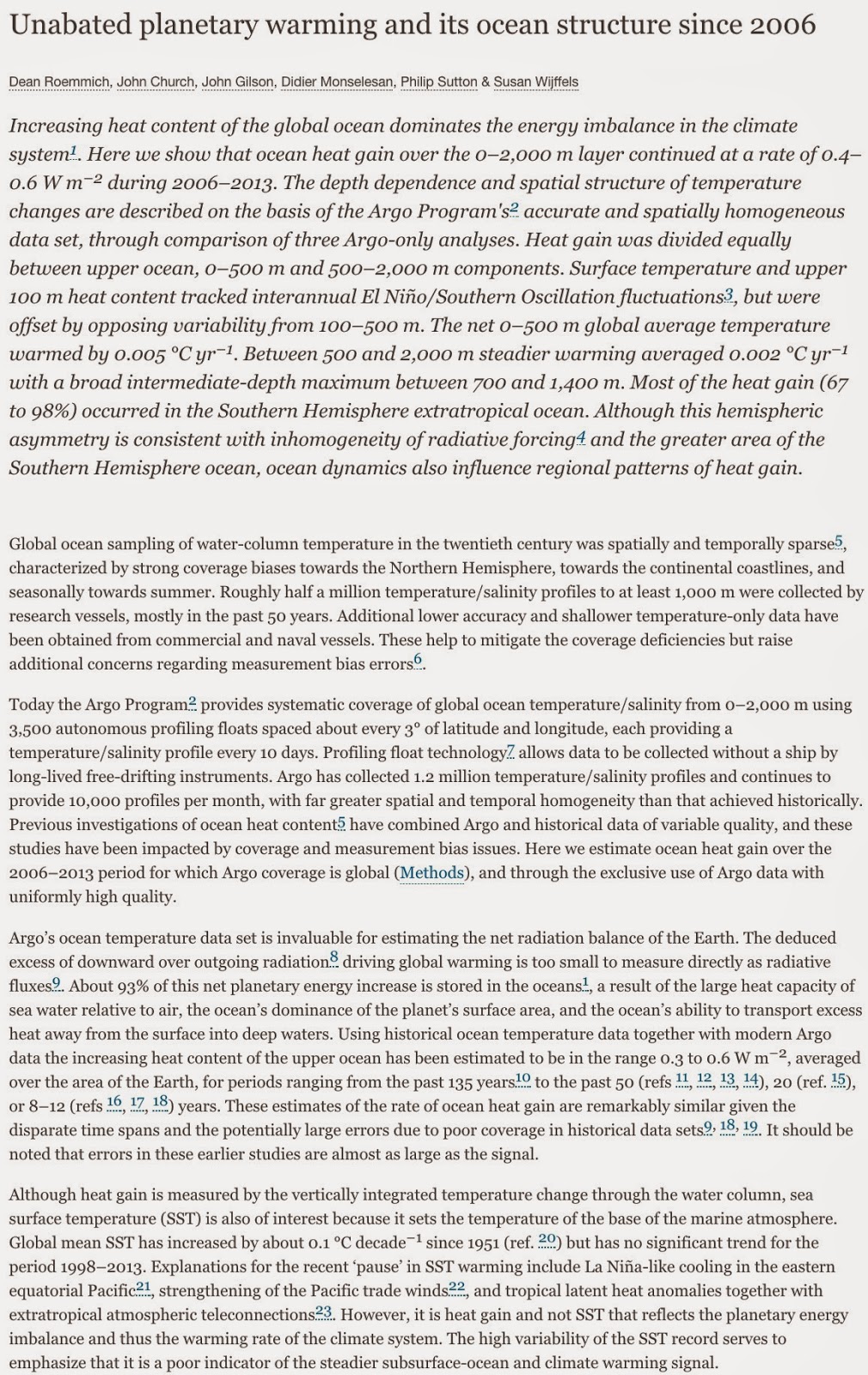 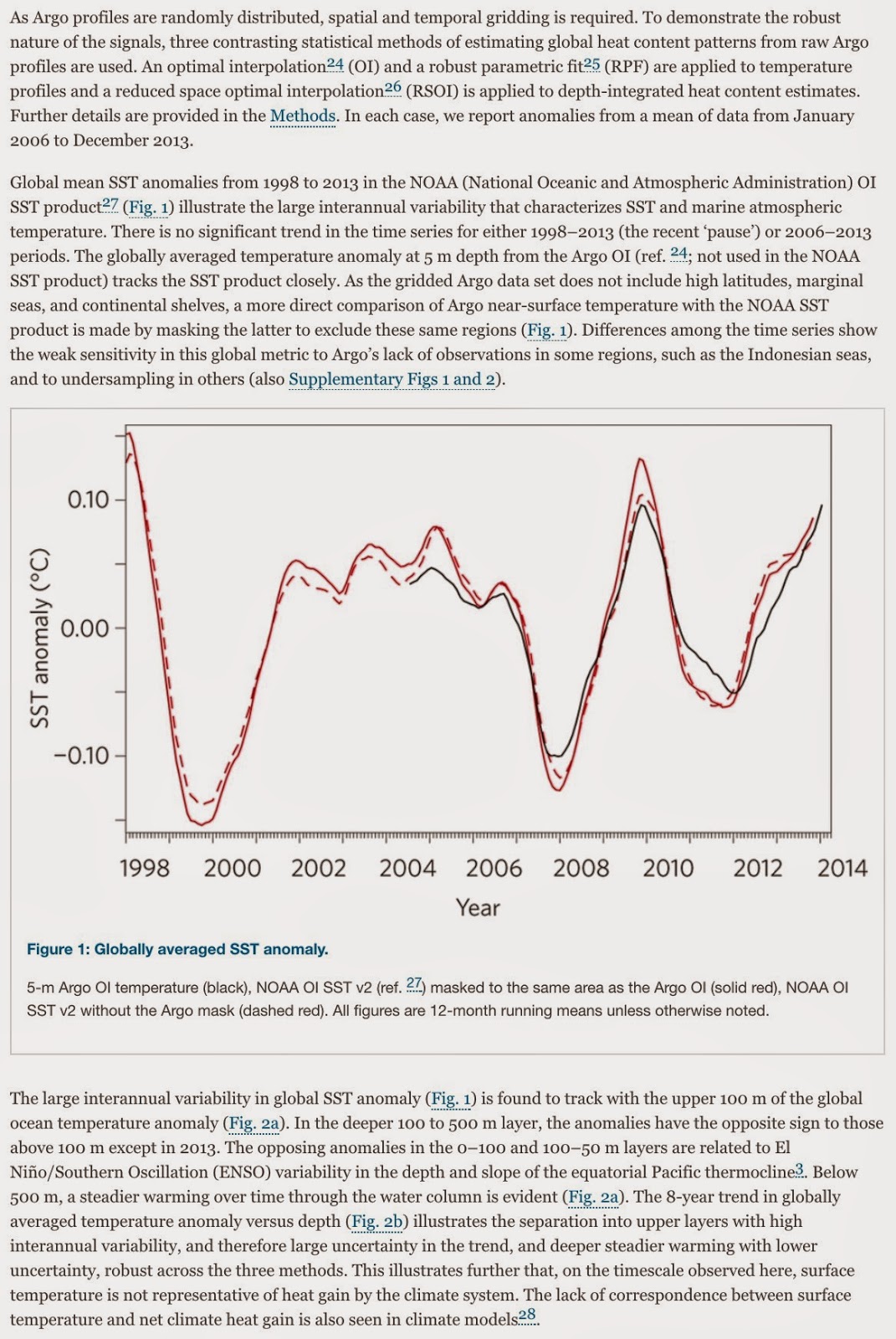 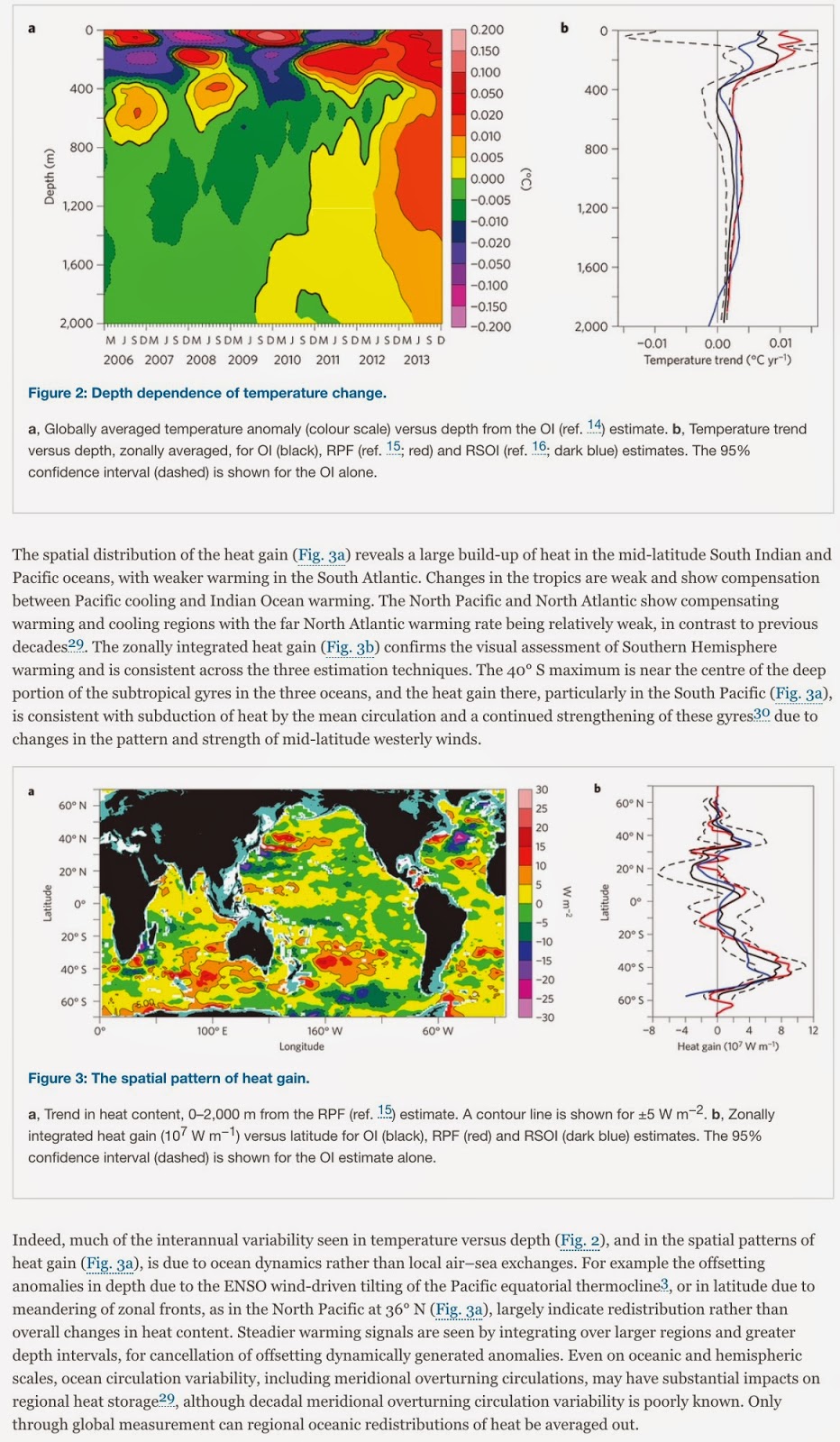 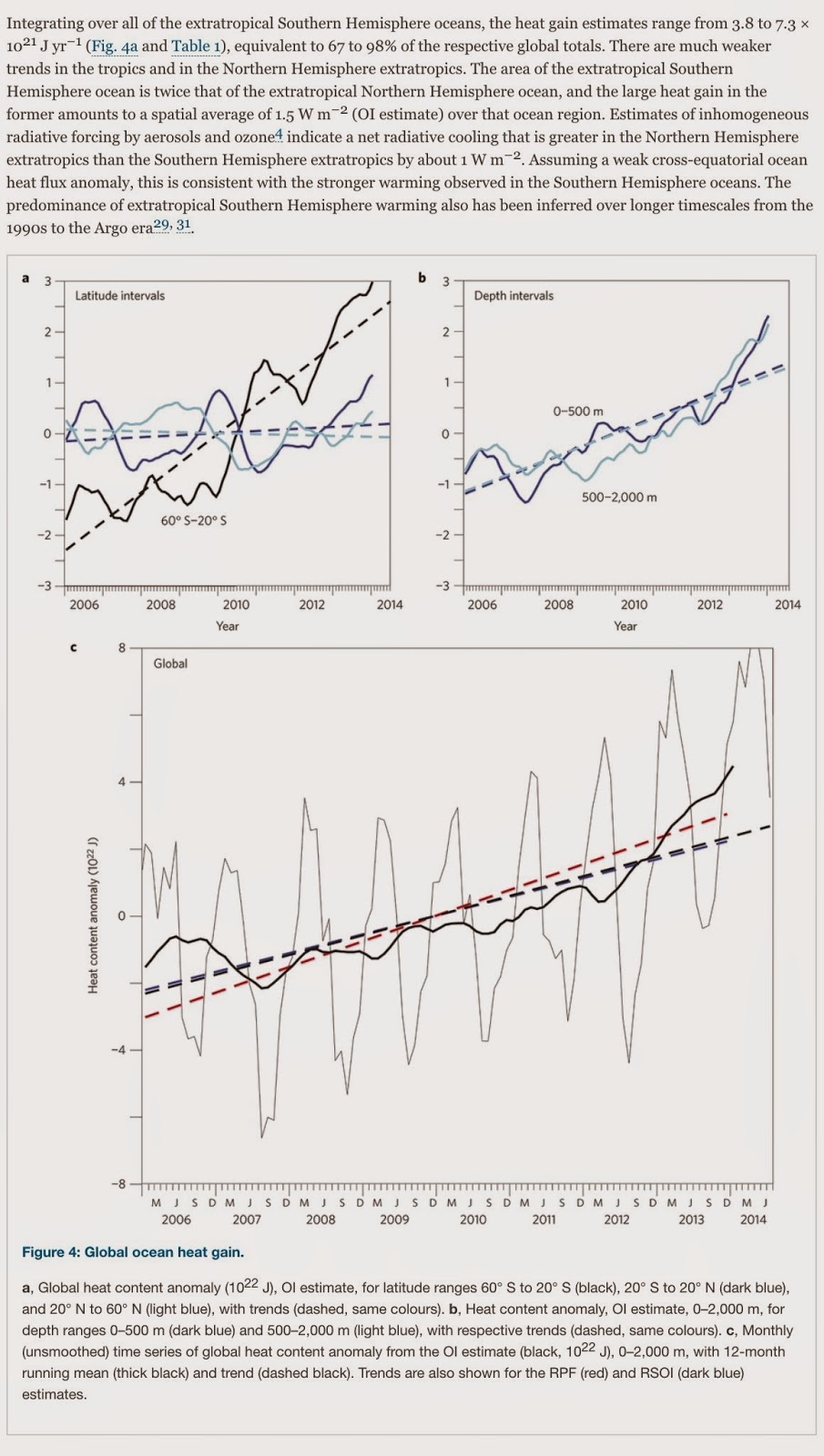 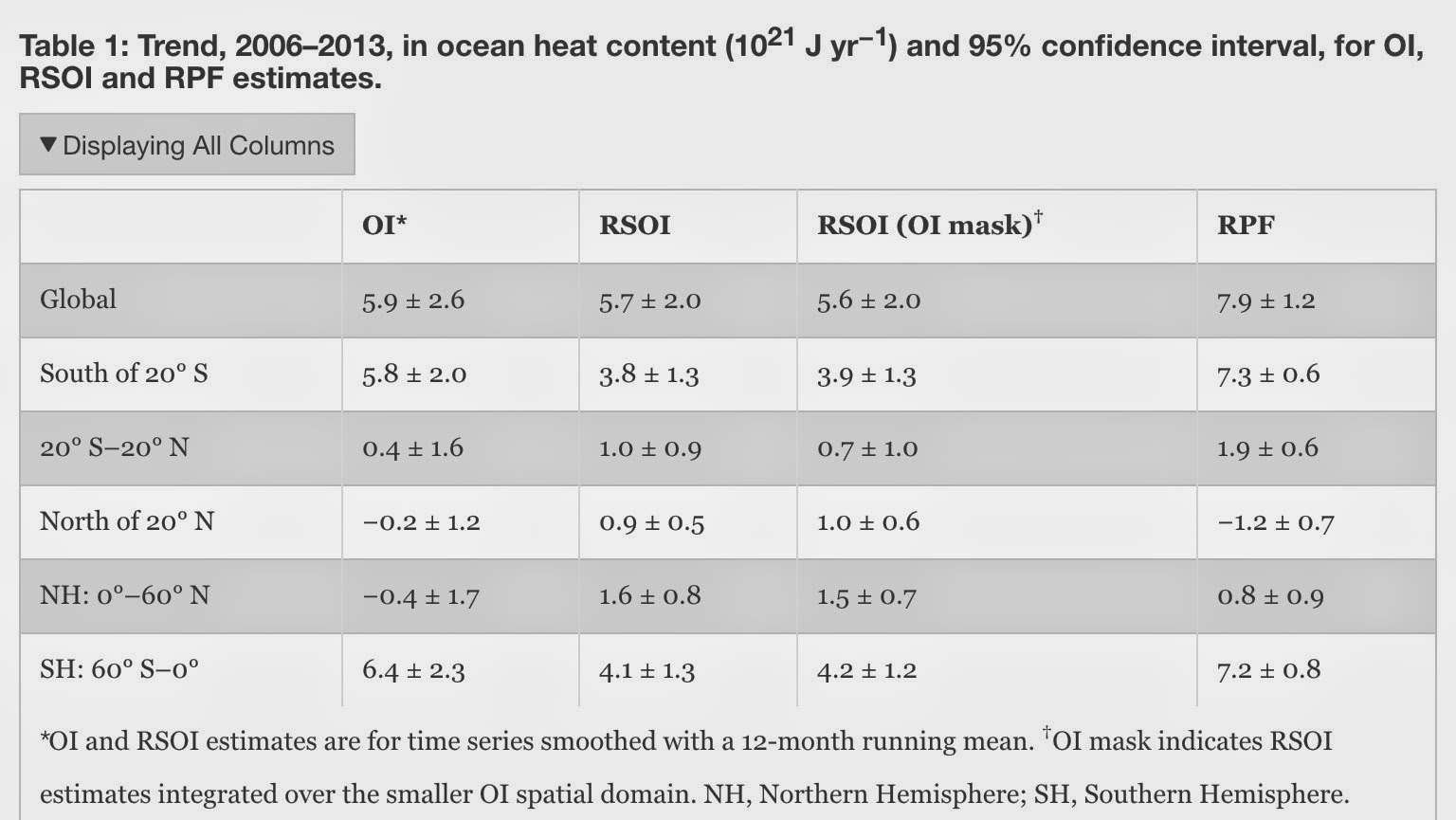 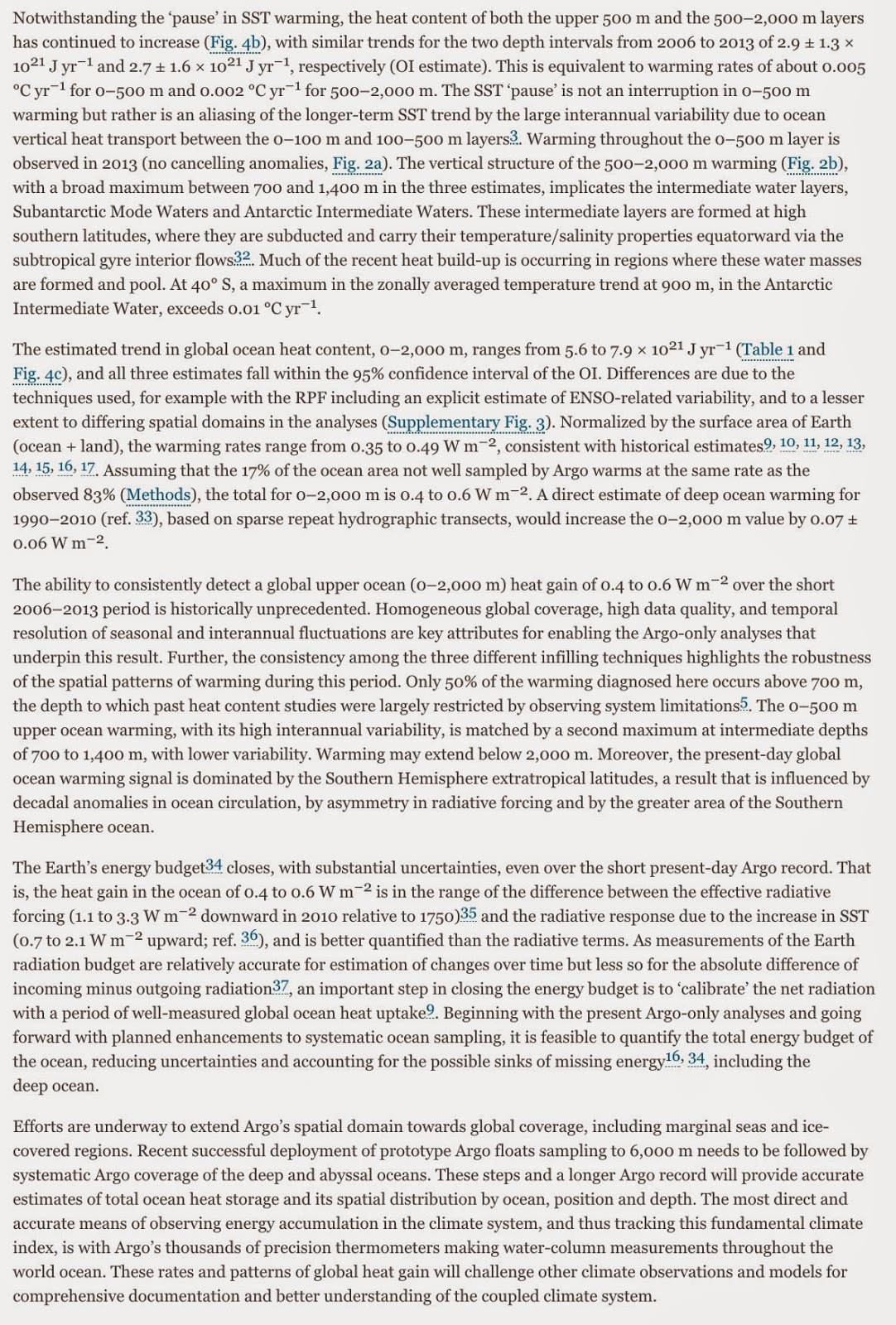