Democrats face a moment of truth on regulatory cap and trade.

The Environmental Protection Agency debate lands in the Senate this week, amid the makings of a left-right coalition to mitigate the agency's abuses. Few other votes this year could do more to help the private economy—but only if enough Democrats are willing to buck the White House.
This moment arrived unexpectedly, with Majority Leader Harry Reid opening a small business bill to amendments. Republican leader Mitch McConnell promptly introduced a rider to strip the EPA of the carbon regulation authority that the Obama Administration has given itself. Two weeks ago, Mr. Reid pulled the bill from the floor once it became clear Mr. McConnell might have the 13 Democrats he needs to clear 60.
The votes are now due as soon as tomorrow, and Mr. Reid is trying to attract 41 Democrats with a rival amendment from Senate Finance Chairman Max Baucus. The Baucus plan is a political veneer that would exempt some farms and businesses from the EPA maw but at the cost of endorsing everything else. The question for Democrats is whether their loyalties to President Obama and EPA chief Lisa Jackson trump the larger economic good, not to mention constituents already facing far higher energy costs.
The story of how we arrived at this pass begins in 1999, when Clinton EPA chief Carol Browner floated the idea that carbon dioxide could be regulated as a pollutant under the 1970 Clean Air Act and its later amendments. The Bush Administration rejected Ms. Browner's theory, in part because Congress kept rejecting statutory language to that effect.
Several states and green groups sued, and the question reached the Supreme Court in 2006. With Massachusetts v. EPA, a 5-4 majority broadly rewrote the definition of "pollutant," but it also narrowly held that "EPA no doubt has significant latitude as to the manner, timing, content, and coordination of its regulations" (our emphasis). In other words, the Court created new powers via judicial invention but left their use to the discretion of the executive branch. 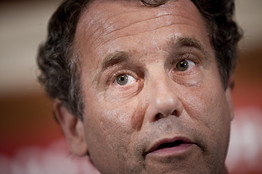 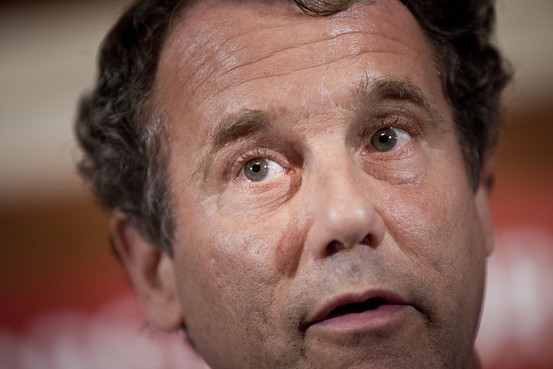 The Obama Administration moved to exploit this power by threatening that the EPA would make a carbon "endangerment finding" if Congress didn't pass a climate bill. This threat was potent for the simple reason that the Clean Air Act's intrusive command-and-control systems were never written or meant to address an emission as ubiquitous as carbon dioxide. It's like trying to perform surgery with a butter knife, and Mr. Obama hoped that the pain would force industry to beg for cap and tax. The EPA went ahead with its endangerment ruling, but cap and trade failed in the Senate last year anyway.
The EPA now claims its carbon regulation is compelled by the Supreme Court, as if Congress can't change the law, as well as by "science," as if Congress is a potted plant. Someone even disinterred former Republican EPA Administrators William Ruckelshaus and Christine Todd Whitman to claim in the Washington Post last week that Congress would somehow be voting against "environmental progress."
But a vote for the McConnell amendment, which would permanently bar the EPA from regulating carbon unless Congress passed new legislation, is justified on democratic prerogatives alone. Whatever one's views of Massachusetts v. EPA or climate science, no elected representative has ever voted on an EPA plan that has often involved the unilateral redrafting of plain-letter law.
A vote to overrule the EPA is also needed to remove the regulatory uncertainty hanging over the economy. This harm is already apparent in energy, where the EPA is trying to drive coal-fired power out of existence. The core electricity generation that the country needs to meet future demand is not being built, and it won't be until the EPA is bridled. This same dynamic is also chilling the natural gas boom in the Northeast, and it is making U.S. energy-intensive industries less competitive world-wide.
As the EPA screws tighten, the costs will be passed along to consumers, with the same damage as a tax increase but none of the revenues. Eventually, the EPA plan will appreciably lower the U.S. standard of living. Hardest hit will be the middle-American regions that rely on coal or heavy industry, though the EPA bulldozer will run over small businesses too. The Clean Air Act, once the carbon doomsday machine has been activated, won't merely apply to "major" sources of emissions like power plants or factories. Its reach will include schools, farms, hospitals, restaurants, basically any large building.
Which brings us to this week's Senate votes. Democrats to watch will be Sherrod Brown (Ohio), Bob Casey (Pennsylvania), Tim Johnson (South Dakota), Tom Carper (Delaware), Mary Landrieu (Louisiana), Kent Conrad (North Dakota), Amy Klobuchar (Minnesota), Claire McCaskill (Missouri), Jim Webb (Virginia), Ben Nelson (Nebraska), Carl Levin and Debbie Stabenow (Michigan) and John Rockefeller and Joe Manchin (West Virginia). All of them have been publicly critical of the EPA, and, not incidentally, most of them face a tough re-election.
The White House and Mr. Reid will offer phony alternatives to keep 41 Democrats in the corral. The Baucus amendment is the classic Beltway trick of trying to provide political cover while not solving the problem. Mr. Rockefeller is sponsoring a two-year delay before the EPA rules take effect, but that will merely defer the problem.
The McConnell amendment is one of the best proposals for growth and job creation to make it onto the Senate docket in years. If Mr. Obama is intent on defending the EPA's regulatory assault, then the least Senate Democrats can do is force him to defend his choices himself.
Posted by MS at 11:28 PM