suggest an explanation, although speculative, how a decreasing/increasing GCR flux can influence the rainfall and the temperature. We speculate that the proposed hypothesis, based on the Indian climate data can be extended to whole tropical and sub-tropical belt, and that it may contribute to global temperature in a significant way. If correct, our hypothesis has important implications for the sun - climate link.

The paper follows on the heels of another published yesterday finding "proof that cosmic rays play an essential role in climate change and main part of climate variations can be explained by [the] mechanism of action of [Cosmic Rays] modulated by the solar activity on the state of lower atmosphere and meteorological parameters," and adds to hundreds of others in the literature describing cosmic rays and many other potential solar amplification mechanisms of solar activity upon Earth's climate. 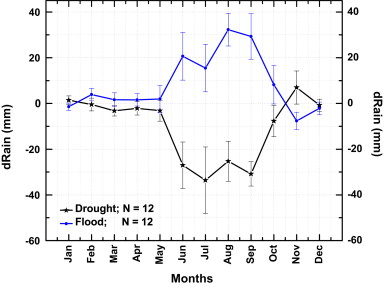 Influence of cosmic-ray variability on the monsoon rainfall and temperature