Klimaskeptik.cz, a Czech climate skeptic blog, has posted today an interesting article "Judithgate: The IPCC was only one Solar Physicist" (google rough translation). Her name is Judith Lean (photo at right). On the basis of this "consensus of one" solar physicist, the IPCC proclaimed solar influences upon the climate to be minimal. Objection to this was raised by the Norwegian government as shown in the AR4 second draft comments below (and essentially dismissed by the IPCC): "I would encourage the IPCC to [re-]consider having only one solar physicist on the lead author team of such an important chapter. In particular since the conclusion of this section about solar forcing hangs on one single paper in which J. Lean is a coauthor. I find that this paper, which certainly can be correct, is given too much weight"...: 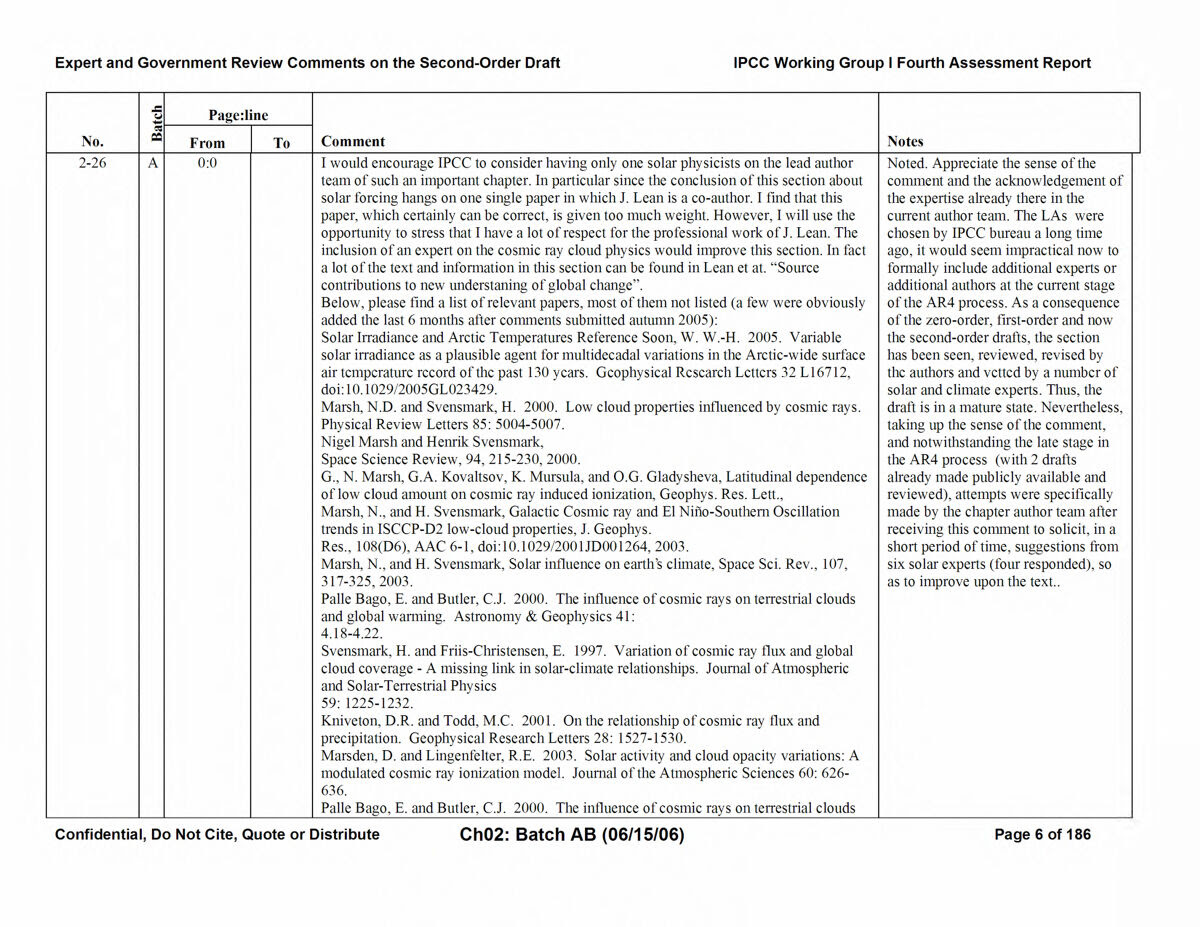 Klimaskeptic.cz continues [google translation + editing]: "As I wrote elsewhere (article on pmode ACRIM), Judith Lean, along with Claus Frohlich, are responsible for the scandalous rewriting of graphs of solar activity. Satellites showed that the TSI (measured in watts) between 1986 and 96 increased by about one third. Judith Lean and Claus Frohlich (authors of the single study noted above) "manipulated" the data. People who were in charge of the satellites and created the original graphs (the world's best astrophysicists: Doug Hoyt, Richard C. Willson), protested in vain against such manipulation. Willson: "Fröhlich has made changes that are wrong ... He did not have sufficient knowledge of (satellite) Nimbus7 ... pmode composites are useful for those who argue that global warming may be primarily due to anthropogenic causes." [cautionary note English->Czech->English translation of Willson]


...Since the appropriate questions were not asked, the IPCC knows little about the sun. While the rest of the IPCC AR4 is rich in graphics, there is not a single graph of cosmic radiation, solar cycle lengths,  or geomagnetism - which is very strange because they are important indicators of solar activity. The IPCC reports should be a comprehensive, complete summary of current scientific knowledge. It's due to the fact that these indicators say what alarmists don't want to hear. These indicators of rising solar activity 1970-1990s show global warming (in whole or in substantial part) can be explained naturally and is not the fault of humans. The IPCC deliberately hid these graphs from readers under the principle of hide the decline."

The graphs the IPCC didn't want you to see:

Earth temperature correlated to solar activity. The blue line is a reconstruction of solar activity. (Jones 1993).
Black is the Northern hemisphere temperature (Jones 1993).
Graph from IPCC AR4 showing global temperatures in black and modeled
temperatures in blue assuming no anthropogenic forcing. The graph allegedly
proves that anthropogenic greenhouse emissions must be the cause of global
warming, but since the increase in solar activity 1970-1990 seen in the first
graph above is not taken into account, the blue model is inadequate and
proves nothing. (added: The models also fail to account for the huge
influences of ocean oscillations.)

Conclusion:
The IPCC conclusion about human influence on climate - and plans for reworking the entire energy economy on the basis of the carbon footprint - stands and falls with the question of how significant is the influence of solar activity. Yet the IPCC devoted only a few paragraphs to this essential topic, and based the "consensus" on a single astronomer, who agreed with herself.
Posted by MS at 10:40 AM