Steven Chu, Solyndra and the political allocation of capital.

Lately Energy Secretary Steven Chu has been dismissing his Solyndra critics with mock apologies: "Hindsight is often said to be 20/20," he said last week. "In this case I think some of the hindsight was 20/10, or even better—clairvoyant." Ho ho ho. Maybe Mr. Chu will be more contrite when he pays a visit to the House Energy and Commerce Committee Thursday, but for now let's step back and review the story of this fiasco.
Mr. Chu's defense is particularly ironic because the self-proclaimed clairvoyants—make that carnival mind readers—actually inhabit the White House. The Solyndra economic model is that government knows how to allocate the national wealth better than private investors do, with Mr. Chu among the oracles who saw something in the now-bankrupt solar panel maker that capital markets never did. To adapt Rick Perry, oops.
The green energy promotion program that ultimately resulted in Solyndra's $535 million loan guarantee originated in the Bush years as a $4 billion fillip in the 2005 energy bill. Democrats saw that and raised the Energy Department's total guarantee capacity to $77 billion, as part of the stimulus. 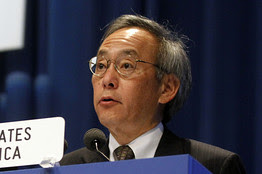 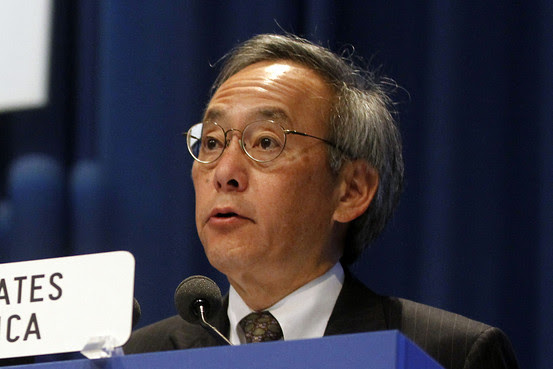 Associated Press
U.S. Energy Secretary Steven Chu
To put that influx in perspective, at the time total U.S. venture capital under management was about $176 billion. To put it doubly in perspective, DOE's annual budget during the 2000s held constant at about $27 billion, most of which went towards nuclear security.
President Obama hired Mr. Chu as his chief venture capitalist, though his 1997 Nobel Prize in physics and work on climate change as the director of the Lawrence Berkeley National Laboratory suggested no special expertise in, say, financing start-ups. Solyndra was Mr. Chu's first pick, a month after the stimulus passed. And rather than merely guaranteeing a commercial loan —i.e., eliminating any private downside for failure—Solyndra borrowed its money directly from taxpayers through the Federal Financing Bank.
It soon became apparent that Solyndra's balance sheet was shedding cash. Its sales growth held at 0% after it received the Chu loan, and it was selling its panels at a loss. Its production floor was almost as much of a shambles as its executive suite. Its few private investors had little skin in the game—27% of the project's cost, well below the industry standard 35% equity contribution.
Mr. Chu decided to throw good taxpayer money after bad.
In February of this year, DOE decided to restructure Solyndra's loan so that taxpayers were suddenly subordinate to the company's private backers if it was liquidated. This dispensation came after Solyndra had already technically defaulted on Mr. Chu's original terms. The Treasury typically reviews the term sheet in such cases, but email traffic made public suggests DOE tried to stymie its Treasury and White House budget office critics.
As reams of internal Administration emails have shown, other Obama economic officials were treating Solyndra's viability and the wider DOE loan program as something of a running joke. And little wonder: The latest revelation is that days before the company went bust, DOE was negotiating a second restructuring that would have left taxpayers even worse off.
Much of the Washington debate now turns on whether Mr. Chu showed favoritism toward such Solyndra investors as the Tulsa billionaire and Obama fundraiser George Kaiser, or whether such political connections were incidental to a well-vetted play that simply didn't pan out. This deserves scrutiny but it misses the larger point: Every green energy firm has some kind of political connection, given that the entire industry is a creation of the government.
In this symbiotic world, cause and effect blur. Loan programs like DOE's are always going to pick the Solyndras of the world, since their reason for being is to help companies that can't acquire private financing, and can't persuade enough investors that the risks they take on will be profitable. A government program dedicated to uneconomic goals is naturally going to end in economic failure.
The amazing thing is that by this standard Solyndra may not be the worst investment, relatively speaking, since the entire DOE portfolio seems to be such a dog. "What's terrifying is that after looking at some of the ones that came next, this one started to look better," one White House budget staffer wrote in an April 2010 email. "Bad days are coming."
They would certainly be coming for Mr. Chu if the Energy Department were a company accountable to shareholders who could demand a change in management. But Mr. Chu is an appointee doing the political bidding of the President, so voters will have to wait until the next election to hold someone responsible. Perhaps the Energy Secretary will still do the honorable thing, if only for the sake of his reputation.
Posted by MS at 11:19 AM