Muller and Daniels: The Fracker's Guide to a Greener World

Greenhouse-gas emissions are growing rapidly in the developing world. The only realistic alternative to this trend is natural gas.

You may think that global warming is the biggest scam of all time, driven by politicians who want to scare you and scientists who love media attention and increased funding. Or you may think global warming is the greatest threat we face, and that if we don't act immediately we'll leave a tragic legacy for our children and grandchildren.
One of us is a former skeptic, converted by his own research to the conviction that man-made carbon dioxide is the decisive factor in a real phenomenon of climate change. The other is agnostic, willing to be persuaded of human causality but rejecting as ineffective or counterproductive the anti-growth policies proposed by some alarmists. People like us—and all those struggling with the ambiguities of this highly uncertain topic—might come together around policies that make sense whatever the scientific facts ultimately prove to be.
For the sake of argument, let's begin by assuming that the United Nations evaluation is correct in arguing that global warming is real, caused by humans, and going to cause severe disruption to our economies and to our lives. Please bear with us even if you reject this claim; we'll suggest actions that make sense regardless of your position.
China's yearly greenhouse-gas emissions first exceeded those of the United States in 2006, and by the end of this year the Chinese will be emitting twice as much as the Americans. This spectacular rise matches China's economic growth and vast expansion of coal use. For the last seven years, China has been adding more than a gigawatt of new coal power each week, or more than 52 new gigawatts of additional capacity every year. (For comparison, New York City uses 10 gigawatts and isn't increasing its use.) And we can expect Chinese economic and energy growth to continue.
In the U.S., by contrast, emissions are at the lowest they've been for 20 years thanks largely to America's continuing switch from coal to natural gas, which emits half as much carbon dioxide for each kilowatt hour of energy generated.
This means that the future warming projected by the U.N. comes not from the U.S. (or from other developed countries) but primarily from China, India and the rest of the rapidly developing world. 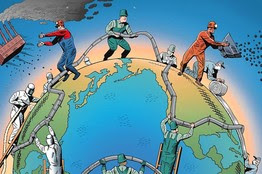 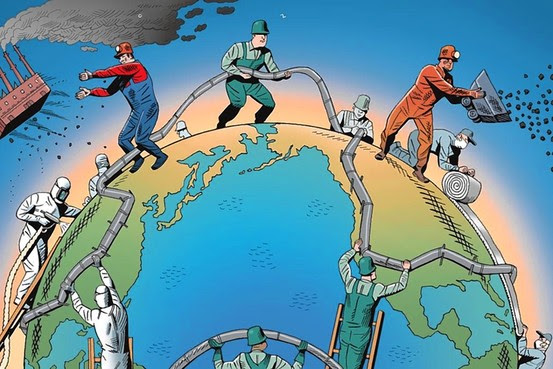 
Assuming that the U.N. scenario is correct, the only hope for controlling China's emissions is to reduce its coal growth—a challenge since coal is cheap, China has a great natural supply, and the Chinese currently derive nearly 70% of their electricity from coal.
We suggest a dual approach: profitable conservation and rapid expansion of the natural-gas economy.
The conservation we suggest is technological, meaning it wouldn't depend on individual sacrifice or cultural change. Done right, this conservation can yield large returns on investment.
Install better insulation, for example, and you can save on both heating and cooling. The U.S. Department of Energy estimates that close to half of American consumers could get back 100% of their investment over roughly five years. Utility commissions could link the revenue of utilities to their successful implementation of efficiency, as they have done with success in our home states, Indiana and California.
Other ways to achieve profitable conservation include investing in "cool roofs" that reflect heat radiation. These can be cheaper and more efficient than installing solar cell collectors to generate power used by appliances such as air conditioners.
Even more promising is the switch away from coal to natural gas, particularly in the developing world. Natural gas has the huge added advantage of causing far less local air pollution—the kind that, unlike carbon dioxide, is harmful to human health. Coal releases far higher levels of soot and other chemicals that are currently choking China.
One of the factors slowing the world-wide switch to natural gas, however, is shortsighted opposition from some environmentalists in the U.S., Europe and beyond. They argue that extracting natural gas by hydraulic fracturing ("fracking") may pollute local water supplies and leak the powerful greenhouse gas methane, and their arguments affect official and commercial thinking in both the developed and developing worlds.
It is true that fracking has caused some limited, local pollution in the U.S., but this is attributable largely to the wildcatting behavior of the rapidly growing industry. Technology for clean fracking is technically straightforward, and government authorities can promote its use through careful monitoring and large fines for transgressions.


Some environmentalists argue that the best approach to limiting greenhouse-gas emissions is to switch to "renewables." But these energy sources are still far outside the budgets of the developing nations. China last year installed two gigawatts of solar capacity—but that is "peak" power representing only a clear midday when the sun is directly overhead. Average in nights and cloudy days, and the average power these plants can deliver is about 1/4 gigawatt. Meanwhile, China's coal use grows at about 50 gigawatts per year, or 200 times faster than its solar growth. No realistic scenario foresees renewables making more than a marginal contribution in the developing world for many decades.
The dual solution of profitable conservation (beloved by liberals) and clean fracking (touted by conservatives) may not fully satisfy either side. But we hope it can provide a middle ground on which political factions can come together.
It is still conceivable that global warming isn't caused by greenhouse gases, that the theory and the computer models are wrong, and that the match between the temperature curve and carbon-dioxide emissions is accidental. Even so, profitable conservation makes business sense, and a natural-gas economy would reduce smog and improve public health. It is worth facilitating China's shift from coal to natural gas for humanitarian reasons alone.
Mr. Muller, a professor of physics at the University of California, Berkeley, is the author of "Energy for Future Presidents" (Norton, 2012). Mr. Daniels, the governor of Indiana, will assume the presidency of Purdue University in January.
Posted by MS at 7:19 AM