Investing in and using fossil fuels is so wrong it should be seen as the equivalent of support for apartheid. That is the message being promoted by 350.org, the organization headed by environmental activist Bill McKibben.
Over the past month or so, Mr. McKibben and a rotating cast of activists have held rallies in 21 U.S. cities encouraging students to campaign for ridding their university endowments of investments in coal, oil and natural gas. The effort is modeled on the 1980s effort to get universities to shed investments in companies that did business in apartheid-era South Africa. A few small schools, including Unity College in Maine and Hampshire College in Massachusetts, have responded to the pressure and agreed to rid their portfolios of fossil-fuel stocks.
One of the slogans used in 350.org's divestment campaign is "Do the math." OK. Let's.
Set aside the financial arguments for—or against—investing in companies that produce hydrocarbons. Further, let's not judge the claims made by Mr. McKibben and his allies that a concentration of 350 parts per million of carbon dioxide in the earth's atmosphere is "the safe limit for humanity." 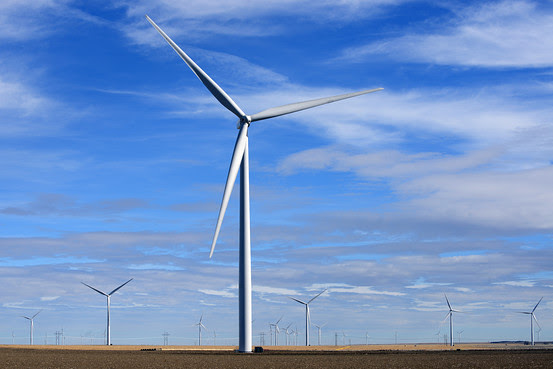 s
Let's do the math by considering what will happen if we humans—in the words of the campaign—attempt to "go fossil free" and rely solely on "clean energy." To make the computation simpler still, let's ignore oil altogether, even though that energy source represents about 33% of all global energy use and is indispensable for transportation.
The absurdity of the calls for a "fossil free" future can be illustrated by looking exclusively at the explosive growth in the world's demand for electricity, the commodity that separates rich countries from the poor ones. Since 1985, on a percentage basis, global electricity demand has grown by 121%, which is nearly three times the rate of growth in oil demand. Over the past two and half decades, electricity consumption has increased by an average of 450 terawatt-hours (a terawatt-hour is one trillion watt-hours) per year. That's the equivalent of adding about one Brazil (which used 485 terawatt-hours of electricity in 2010) to the electricity sector every year. The International Energy Agency expects global electricity use to continue growing by about 450 terawatt-hours per year through 2035.
Here's where the math becomes college-freshman obvious: In 2011, the world had 240,000 megawatts of wind-generation capacity. That fleet of turbines produced 437 terawatt-hours of electricity. Therefore, just keeping up with the growth in global electricity demand—while not displacing any of the existing need for coal, oil and natural gas—would require the countries of the world to install about as much wind-generation capacity as now exists, and they'd have to do so every year.
Put another way, just to keep pace with demand growth, the wind industry will need to cover a land area of some 48,000 square miles with wind turbines per year, an area about the size of North Carolina. Even if that much land were available, no humans would want to live on the land because of the irritating noise generated by those turbines.
There are welcome developments in solar energy: Production is growing rapidly and the price of solar cells is falling. Once again, though, simple math exposes the scale problem.
Recall that we need 450 terawatt-hours per year of electricity production to keep pace with incremental demand. Germany has more installed solar-energy capacity than any other country—about 25,000 megawatts. Last year, Germany produced 19 terawatt-hours of electricity from solar. Thus, just to keep pace with the growth in global electricity demand, the world would have to install about 23 times as much solar-energy capacity as now exists in Germany, and it would have to do so year after year.
And we haven't even considered the incurable intermittency of solar and wind, a problem that requires backup capacity from fossil fuels or nuclear power.
Last month, the Harvard College Undergraduate Council held a referendum on fossil fuel divestment. (Harvard's $31 billion endowment is the largest in the country.) With about half of the undergrads voting, 72% voted in favor of divesting. Those students were apparently persuaded by the slick slogans put out by 350.org, such as "We > fossil fuels."
Harvard is among America's most prestigious schools. But it is apparent that the students who voted in favor of the divestiture proposal—and presumably to rid the world of fossil fuels—didn't, ahem, do the math.
Mr. Bryce is a senior fellow at the Manhattan Institute.
Posted by MS at 7:26 PM