WSJ: 'The climate-change justification for a carbon tax is bogus'


Will the Carbon Tax Make a Comeback?

A proposed levy on energy use sparked outrage and was abandoned. The president, it was said, had been 'BTU-ed.'

'I have listened to you, I have learned from you, and you've made me a better president." So said President Barack Obama after winning re-election. But on the subject of energy it isn't clear what he has learned. If news reports are accurate, the president's second-term agenda may include pushing for a carbon tax ostensibly to reduce the deficit and address climate change.
Before getting too carried away with the wonders of a carbon tax, Mr. Obama might want to talk to former President Bill Clinton, who attempted a similar gambit almost 20 years ago.
The centerpiece of Mr. Clinton's first budget was a tax on energy use, as measured in British thermal units, or BTUs. At that time, McGraw-Hill's Data Resources Incorporated estimated that the so-called BTU tax would raise more than $30 billion in federal revenue annually ($50 billion in today's dollars). That translated into $500 in additional taxes per family, or $800 today. No segment of the economy would have been exempt from the tax, which the Competitive Enterprise Institute estimated would cost 700,000 American jobs over three years.


The proposal provoked a brutal backlash, to the surprise of no one but the Clinton White House, environmental advocates, and liberal members of Congress such as Henry Waxman (D., Calif.). The vocal anti-BTU coalition included small businesses, the agriculture sector, the building trades, the transportation industry, manufacturers and even social-service organizations that relied on gasoline and heating oil to care for the poor and homeless.
A few months after Mr. Clinton proposed the tax, the administration and Democrats in Congress abandoned the idea. As the great English writer Samuel Johnson observed, there is nothing like a hanging to concentrate the mind. "BTU" became a verb, and from then on no politician wanted to be "BTU-ed." A year later, in November 1994, voters gave control of the House to Republicans for the first time in decades. 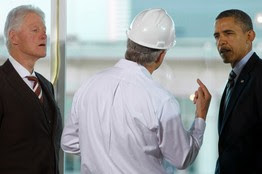 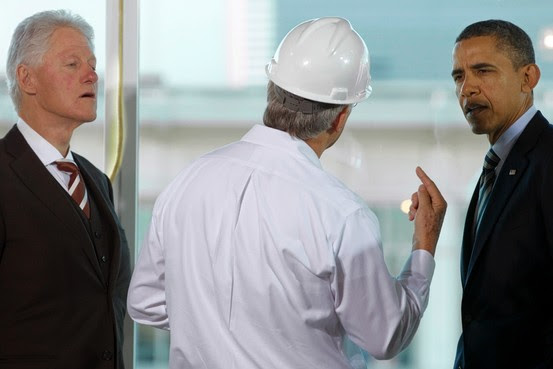 
Yet now the BTU tax may be resurrected as a carbon tax. Not only is the president reportedly exploring the possibility, but the American Enterprise Institute has held meetings over the past six months on the design and operation of carbon taxes, and the National Academy of Sciences is studying—with funding from the Treasury Department—"the basic building blocks of the tax system, but not from a job creation or growth perspective. Instead, the question is what levels of greenhouse gas are currently produced by its provisions."
A carbon tax is intellectually elegant to economists but dangerous and complex in practice. The theoretical basis is to raise taxes on things considered bad (carbon from energy consumption) and to lower taxes on things considered good (labor, for example).
But energy is consumed to produce things that people value, and there are no near-term substitutes for fossil fuels. So a carbon tax would affect food prices, consumer goods, electricity, mobility, charitable works and more. It would also destroy jobs, and a recent study by the Congressional Budget Office concluded that it would "impose a larger burden on low-income households."
A carbon tax would be especially harmful for an economy on the verge of slipping back into recession. Yet some in Washington will support it in any season, for it would raise a lot of revenue for the federal government without directly imposing higher taxes on consumers and business. (The taxes would be imposed on producers of fossil energy, which in turn would pass the cost through to customers in the form of higher prices.) Surely Congress would make adjustments to mitigate adverse impacts on lower-income citizens. This would yield the kind of inefficient complexity of the current tax code, but it would also allow politicians to claim that they aren't really hurting the economy.
A carbon tax is a slippery slope. Once in place, small changes in rates would yield large increases in federal revenue. Who is naive enough to believe that Congress wouldn't be tempted to make small increases that accumulate over time?
Across Europe, value-added taxes (VATs) target consumption just as a carbon tax would—and over the years those tax rates have only gone up. In Germany, for example, an initial VAT rate of 10% has climbed to 19%, and in France the rate is 19.6%, up from 13.6% initially. Several European countries have VAT rates above 20%.
What's more, the climate-change justification for a carbon tax is bogus. Greenhouse-gas emissions are rising in China and other emerging economies, not in the United States. Carbon-dioxide emissions in the U.S. have been declining and by 2035 will return to 2005 levels, the Energy Information Administration projects.
Advances in climate science, meanwhile, raise even more doubt about the assertion that human activities are the primary cause of warming. Former NASA scientist Roy Spencer, for example, has shown that temperatures since 1976 have risen and stabilized in parallel with the Pacific Decadal Oscillation, a natural climate pattern affecting all sorts of natural phenomena. An increasing number of experts now admit that natural variability is poorly understood and poorly reflected in the models that are the foundation of so much climate-change dread.
All this should factor into Mr. Obama's decision making as he considers calling for a carbon tax on Americans. Will he repeat the Clinton administration's experience and be BTU-ed?
Mr. O'Keefe, a former executive vice president of the American Petroleum Institute, is CEO of George C. Marshall Institute.
Posted by MS at 4:49 PM