The bill comes due for California's climate change law: $447 billion over next 8 years

The Price of Green Virtue

The bill starts to come due for California's climate change law.

When California's economy was booming in 2006—remember that?—Governor Arnold Schwarzenegger and many Californians wanted to show their environmental virtue by becoming the first state to pass a comprehensive climate change law. And so they did, for which the bill is starting to come due.


Lawmakers and environmentalists predicted that the new law, called AB 32, would become a model for the rest of the nation. It never did. They also said the Golden State's head start in developing green technologies would create thousands of new jobs. In 2008 the California Air Resources Board even estimated that the new rules and cap-and-trade tax would increase state GDP. In short, AB 32 was sold to the voters who declined to overturn it in a 2010 referendum as a green free lunch. 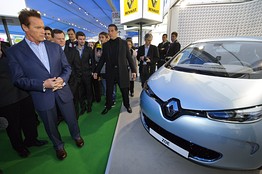 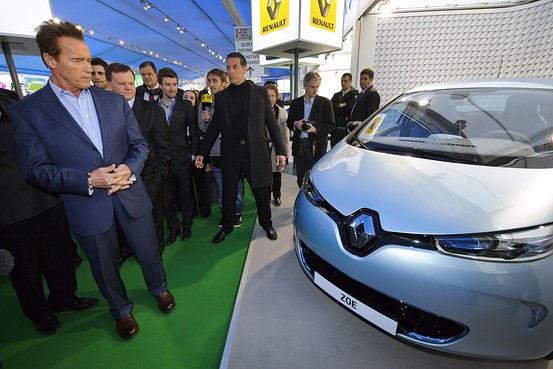 Arnold Schwarzenegger looks at a Renault Zoe electric car during his visit to the Geneva International Motor Show.
Now fast forward to 2012. California's economy is still struggling, the jobless rate is 10.8%, and AB 32's taxes and regulations are starting to bite. Two new studies by private consulting firms add up the real-world cost to California families and businesses.
The first study—sponsored by the California Manufacturers and Technology Association, whose members employ 1.2 million residents—estimates the price tag for three major new regulations associated with the law: cap-and-trade taxes on carbon emissions, a "low carbon fuel standard," and a stringent 33% renewable mandate for electricity production. Together these policies raise energy costs and are expected to reduce state GDP by between 3.5% and 8.9% by 2020.
Even under the "optimistic" scenario, that's a loss of up to $447 billion in California output over eight years and represents a bigger loss in income than the 2008-09 recession. The cost per California family is estimated at $2,500 a year due to higher costs. Repeat after Milton Friedman: There is no such thing as a free lunch.
One alarming conclusion is that "emissions reductions due to economic harm account for 26% of total reductions, more than any ARB mandated program" except cap and trade. This means that a major way Californians will reduce their greenhouse emissions is by slower growth, chasing industry out of the state, and putting more people out of work. If Californians produce less, their carbon footprint is smaller. The Sierra Club must be loving this weak recovery.
The second study by the Boston Consulting Group for the Western States Petroleum Association examined AB 32's low carbon fuel standard. This regulation requires a 10% reduction in the carbon intensity of California transportation fuels by 2020, which can only be achieved with biofuels (but not corn ethanol because it is too carbon intensive).
This idea was devised in 2006 when the Bush Administration fantasized that cellulosic ethanol would soon become plentiful and cheap. The White House and Congress thought that by 2011 the U.S. would be producing about 240 million gallons a year. Even with lavish federal subsidies, it produced about seven million. (See "The Cellulosic Ethanol Debacle," December 14, 2011.)
So the California government is forcing oil and gas companies to sell a fuel that barely exists. The only viable short-term compliance option is for California to import sugar-cane ethanol from Brazil. One result is that gasoline prices could rise by anywhere between 50 cents and $2.70 a gallon at the pump after 2015, says BCG. Californians could pay $6 a gallon. Maybe this is how Sacramento politicians think they can get left coasters to ride their high-speed train.
Environmentalists dismiss these studies as biased, but they echo the government's own recent studies. The only real argument is over the extent of the economic damage. Californians may believe this price is worth it, but they shouldn't pretend they aren't paying it.
Posted by MS at 5:43 PM