The Multiple Distortions of Wind Subsidies

Producers get so much from the government that they can pay utilities to take their power and still make a profit.

Federal subsidies for new wind-power generation will end on Dec. 31 unless they are renewed by Congress. For the sake of our economy and the smooth operation of the energy market, Congress should let the subsidies lapse. They waste taxpayer money, subvert the allocation of capital, and generate a social cost many times the price tag of the subsides themselves.


Since 1992, the federal government has expended almost $24 billion to encourage investment in wind power through direct spending, tax breaks, R&D, loan guarantees and other federal support of electric power. The Joint Committee on Taxation estimates that a one-year extension of existing federal subsidies for wind power would cost taxpayers almost $12 billion.


The costs of wind subsidies are extraordinarily high—$52.48 per one million watt hours generated, according to the U.S. Energy Information Administration. By contrast, the subsidies for generating the same amount of electricity from nuclear power are $3.10, from hydropower 84 cents, from coal 64 cents, and from natural gas 63 cents.


In addition, wind power benefits from federal mandates requiring the use of renewable energy by federal agencies along with preferential treatment by the Bureau of Land Management and the U.S. Forest Service. Many states provide additional tax breaks, subsidies and mandates for wind power. The total value of these additional subsidies has never been calculated.


But the cost to taxpayers is only part of the problem. Subsidized, wind-generated electricity is displacing other, much cheaper sources of power. The subsidies are so high that wind-power producers can pay utilities to take the electricity they produce and still make a profit. Such "negative pricing" has occurred for some time in the Midwest, the Pacific Northwest and in Texas—and, according to the Energy Information Administration, it will likely grow. 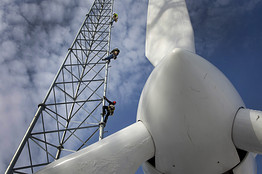 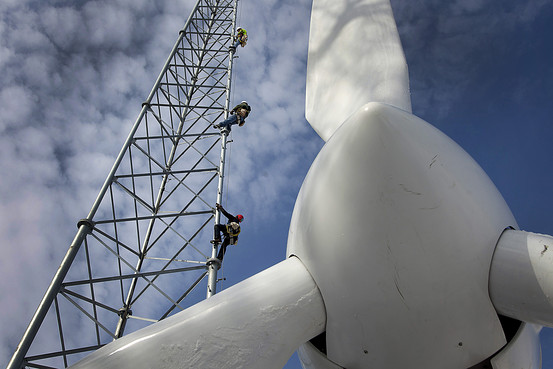 
In West Texas, where wind power is a larger percentage of total electricity production than in any other part of the country, negative energy-price distortions have occurred 8% or more of the time for the last five years. Donna Nelson, the chairman of the Texas Public Utility Commission, warned in September that the market distortion caused by negative prices "makes it difficult for other generation types to recover their cost and discourages investment in new generation."


The net result is that federal subsidies are triggering an inefficient and costly transformation of grid resources from low-cost megawatts to high-cost "maybe" watts—electricity generated only when the wind blows.


When electricity demand peaked in Chicago on July 6, 2012, wind energy, which comprised 2,700 megawatts of capacity, was able to supply only four megawatts of electricity, a stunning 99.8% failure rate. In Europe, one day this February wind power produced almost a third of Germany's electricity—but four days later it produced none (it was a still day).


Power grids that rely on wind-generated electricity have to maintain redundant, backup generating capacity in case the wind isn't blowing and the demand for electricity is high. Many of these backup sources, such as coal and gas-fired plants, have to be kept up and running to be available when they are needed—even if they are not used. This partially offsets the environmental benefits of wind power.


Wind-power is an ancient technology—a Greek mathematician, Heron of Alexandria, is generally credited with building the first windmill 2,000 years ago. Charles Brush, an industrialist, was the first to generate electricity from a windmill in this country in Cleveland almost 125 years ago. But it never proved to be commercially viable.


In the 1990s, the federal government began subsidizing wind power based on the hope that, with a helping hand, the technology would improve rapidly, costs would decline, and the industry would become economically viable. Congressman Phil Sharp (D., Ind.), the original proponent of the subsidies, argued in 1991 for "a sunset provision to ensure that the temporary incentive does not become a permanent subsidy."


But the sun has never set. Again and again—on seven subsequent occasions in all—federal subsidies for wind were extended.


Yet wind power is less economically viable today than it was when the current subsidies started in 1992. After the expected gains in moving from one-off production to assembly-line production, no major technological breakthrough has occurred that would substantially lower the cost of wind-power electricity generation. The Department of Energy's "2009 Wind Technology Market Report" finds average wind-power costs were higher in 2009 than they were in 1994, two years after the subsidies began. As Energy Secretary Steven Chu has observed on more than one occasion, wind energy is a "mature technology."


Meanwhile, as the production of natural gas has surged in the past few years, the price paid for this energy source has declined dramatically, to $3.29 per million BTUs at last report. This is less than one-fourth the July 2008 price, according to Energy Information Administration data.


Declining costs for electricity will give America a comparative advantage in industrial jobs that entail high levels of energy use, such as aluminum, glass, iron and steel, cement and petrochemical production. It also means, however, that wind-power subsidies will become even more costly and disruptive. As Dieter Helm notes in his important new book, "The Carbon Crunch," wind subsidies make "new gas investment much more risky and . . . gas contracting difficult, since how much gas the power station buys as its fuel depends on factors outside its control: the wind speed."


It is increasingly difficult to make a case that taxpayers should continue to subsidize wind-generated electricity. The end of the subsidy will not induce owners of existing windmills to shut them down, since so much of the cost is fixed in the original construction project and so little of their costs are entailed in operating the windmill once it is constructed. Under current law, billions of dollars in subsidies will continue to be paid out over the next decade on existing projects even if the subsidies for projects built in the future expire.


If unimpeded, the expanded use of cheap natural gas to generate electricity will raise living standards and attract millions of new industrial jobs back to our shores. A vote to stop wind subsidies from being extended is, therefore, a vote for cheaper, more reliable power, higher living standards, reindustrialization and fiscal sanity.
Mr. Gramm, a former Republican U.S. senator from Texas, is a senior partner of US Policy Metrics and a visiting scholar at the American Enterprise Institute.
Posted by MS at 6:50 AM