Obama promotes ethanol even though it 'probably increases carbon emissions'

It's costing you 10 cents a gallon this summer.

WSJ.COM 7/19/13: The summer is high driving season, so $4 gasoline in many parts of the country will add to the cost of family vacations. The gas price is mostly dictated by supply and demand, but Washington is helping to keep prices high. We warned in "The Ethanol Gas-Pump Surcharge" on March 13 that the 2007 ethanol mandate was starting to raise prices at the pump. Congress and the White House did nothing and now the problem is getting worse.
In 2007 the Bush Administration and Congress mandated how much ethanol the oil and gas industry must purchase each year to be blended into gasoline. This year it is 13.8 billion gallons. The quotas were established when Washington thought gas consumption would rise year after year, but instead it has fallen. 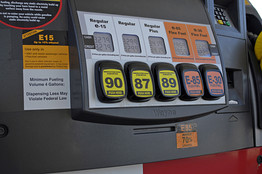 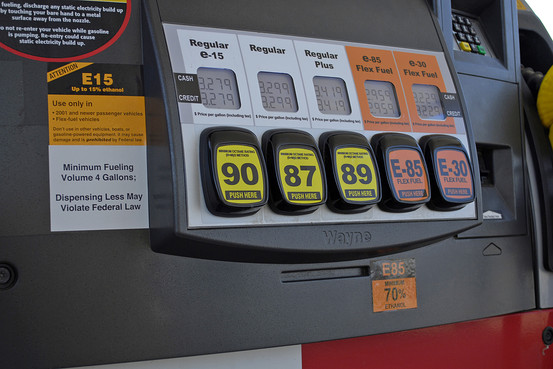 Associated Press
Lower consumption means refiners are now nearing a "blend wall" of 10% ethanol per gallon. Most American motorists won't buy gas with more than 10% ethanol, partly to protect engines from damage and partly because of higher prices. The volume mandates are so high they would require more than 10% ethanol.
So under federal law refiners must comply with a complicated system of buying renewable energy credits to make up for the ethanol they don't use. These credits are called Renewable Identification Numbers, or RINs. Demand for RINs has surged and so their price has exploded. In January the RIN price was less than 10 cents a gallon, then it hit $1 in March and is now $1.40. This translates into a roughly $14 billion a year gas tax, or 10 cents a gallon more for consumers.
The quickest way for Washington to lower prices would be to repeal the ethanol quotas. But White House energy adviser Heather Zichal said this week that repeal would be "shortsighted" because the mandate combats climate change. But even environmentalists (including Al Gore) now concede that ethanol probably increases carbon emissions.
The ethanol quota is scheduled to rise again in 2014 and many energy market experts believe this could add another 10 to 25 cents per gallon of gas. Only Washington could come up with such a scheme.
Posted by MS at 10:59 AM