How Gore & billionaires profiteer on taxpayer subsidies for solar energy

How Government Is Making Solar Billionaires

SolarCity has never recorded a profit, but powered by subsidies, its stock price is $57 a share.

WSJ.COM 10/21/13: Welcome to SolarCity, the latest booming green company that has never recorded a profit. The startup's stock price has soared by 600% since its IPO last December—it closed on Monday at $57 a share—and spiked after the company announced a couple of weeks ago that it expects business to grow by 70% to 90% next year. Yet the company, based in San Mateo, Calif., and specializing in deploying rooftop panels, ended the first six months this year $61 million in the red.

Ordinarily, that sort of number might disconcert investors. But SolarCity's business model is powered by government subsidies, which also fueled the 500% stock run-up and turn to profit this year of the electric-car maker Tesla. Steering both companies is Elon Musk.

In addition to being the chairman of SolarCity and CEO of Tesla, Mr. Musk is the largest shareholder in both companies. The increase in their stock prices has raised his net worth by more than $5 billion over the past year.

SolarCity's second-quarter filing with the Securities and Exchange Commission notes that the company's "ability to provide solar energy systems to customers on an economically viable basis depends on our ability to finance these systems with fund investors who requireparticular tax and other benefits" (emphasis added).

The company's base is a 30% federal tax credit that accrues to investors who provide upfront financing for the rooftop panels that SolarCity installs for customers at no charge. Customers "lease" the panels from SolarCity by paying for the solar power they generate, which is priced below their utility's retail rate. 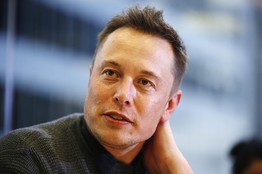 Elon Musk, CEO of Tesla and Chairman of SolarCity

Customers, however, must sign a contract agreeing to cede "any and all tax credits, incentives, renewable energy credits, green tags, carbon offset credits, utility rebates or any other non-power attributes of the system" to SolarCity. The tax credits are passed on to its investors, which include the venture-capital firms Draper Fisher Jurvetson, DBL Investors and Al Gore's Generation Investment Management LLP.

A thick layer of state and local incentives also supports SolarCity. California, for example, has allocated $3.3 billion in rebates for solar installations through 2016 and compensates residents between $0.20 and $0.35 cents per watt of expected performance (about 5% to 10% of the total cost of installation). San Francisco, which has a 100% renewable goal, provides additional rebates ranging from $2,000 to $10,000 per residential installation.

Meantime, school districts in California have received a total of $400 million this year for energy-efficiency projects, including window-glazing and solar-panel installations. SolarCity has contracted with school districts in Barstow, Simi Valley, Los Angeles and other cities.

SolarCity also benefits from "net metering" policies that 43 states, including California, have adopted. Utilities pay solar-panel customers the retail power rate for the solar power they generate but don't use and then export to the grid. Retail rates can be two to three times as high as the wholesale price of electricity because transmission and delivery costs, along with taxes and other surcharges that fund state renewable programs, are baked in.

So in California, solar ratepayers on average are credited about 16 cents per kilowatt hour on their electric bills for the excess energy they generate—even though utilities could buy that power at less than half the cost from other types of power generators.

SolarCity and its competitors also implicitly benefit from energy policies like renewable mandates, fracking moratoriums and greenhouse-gas regulations that drive up electricity prices and enable the company to charge its customers more for solar power. Indeed, in its latest SEC filing, SolarCity warns investors that "a reduction in the price of natural gas as a result of new drilling techniques or a relaxation of associated regulatory standards" could harm its business.

The company could also suffer if some of the solar incentives that investors "require" were to be withdrawn. But reducing the subsidies will be difficult because of their growing constituencies.

Consider the fight shaping up in Arizona over the Arizona Public Service Co. utility's efforts to scale back net-metering policies that would make solar customers pay their share of the grid's fixed costs. The advocacy group Tell Utilities Solar won't be Killed, or TUSK, is likening net metering to "school choice" because it provides ratepayers an alternative to the utility monopoly. Meanwhile, the Alliance for Solar Choice, founded by SolarCity and its rooftop competitors Sungevity, Sunrun and Verengo, has run commercials denouncing a proposal by Arizona Public Service to reduce net-metering subsidies as a "solar tax."

Support for the solar interests has also come from the Obama fundraising outfit Organizing for Action, which has sent emails warning that utilities are trying to shut down an industry that is helping "families and businesses to lower their energy costs." Progressive organizations Presente.org and Other98.com have posted a satire on YouTube that features a utility president warning that "rooftop solar threatens our industry's entire business plan, which is to force you to buy dirty energy from the dirty power plants that poison poor communities."

Unwinding government programs—particularly those that purport to benefit the 99%—is inordinately tough, as evidenced by lawmakers' reluctance to roll back ethanol subsidies or enact entitlement reforms. No wonder investors see a bright future for SolarCity.