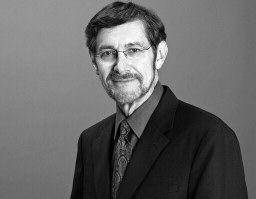 The human race has prospered by relying on forecasts that the seasons will follow their usual course, while knowing they will sometimes be better or worse. Are things different now?

For the fifth time now, the Intergovernmental Panel on Climate Change claims they are. They assume that the relatively small human contribution of this gas to the atmosphere will cause dangerous global warming. Other scientists disagree, arguing that the climate is so complex and insufficiently understood that the net effect of human emissions cannot be forecasted.

The computer models that the IPCC reports rely on are complicated representations of the assumption that human carbon dioxide emissions are now the primary factor driving climate change. The modelers have correctly stated that they produce scenarios. Scenarios are stories constructed from a collection of assumptions. Well-constructed scenarios can be very convincing, in the same way that a well-crafted fictional book or film can be. However, scenarios are neither forecasts nor the product of validated forecasting procedures.

The IPCC modelers were apparently unaware of the many decades of research on forecasting methods. I along with Dr. Kesten Green conducted an audit of the procedures used to create the IPCC scenarios. We found that they violated 72 of 89 relevant scientific forecasting principles. (The principles are freely available on the Internet.) Would you go ahead with your flight if you overheard two of the ground crew discussing how the pilot had violated 80 percent of the pre-flight safety checklist?

Given the expensive policies proposed and implemented in the name of preventing dangerous man-made global warming, we are astonished that there is only one published peer-reviewed paper that claims to provide scientific forecasts of long-range global mean temperatures. The paper is Green, Armstrong, and Soon’s 2009 article in the International Journal of Forecasting.

The paper examined the state of knowledge and the available empirical data in order to select appropriate evidence-based procedures for long-range forecasting of global mean temperatures. Given the complexity and uncertainty of the situation, we concluded that the “no-trend” model is the method most consistent with forecasting principles.

We tested the no-trend model using the same data that the IPCC uses. We produced annual forecasts from one to 100 years ahead, starting from 1851 and stepping forward year-by-year until 1975, the year before the current warming alarm was raised. (This is also the year when Newsweek and other magazines reported that scientists were “almost unanimous” that Earth faced a new period of global cooling.) We conducted the same analysis for the IPCC scenario of temperatures increasing at a rate of 0.03 degrees Celsius (0.05 degrees Fahrenheit) per year in response to increasing human carbon dioxide emissions. This procedure yielded 7,550 forecasts from each method.

Our research in progress scrutinizes more forecasting methods, uses more and better data, and extends our validation tests. The findings strengthen the conclusion that there are no scientific forecasts that predict dangerous global warming.

Government programs, subsidies, taxes, and regulations proposed as responses to the global warming alarm result in misallocations of valuable resources. They lead to inflated energy prices, declining international competitiveness, disappearing industries and jobs, and threats to health and welfare.

Climate policies require scientific forecasts, not computerized stories about what some scientists think might happen.

In 2007, he proposed a ten-year bet to Mr. Albert Gore in 2007 that he could provide a more accurate forecast than any forecast Mr. Gore might propose. See The Climate Bet for the latest monthly results that would have happened so far.

IPCC didn't predict the global warming 'hiatus', but now claims it did