Airline passengers being used as political pawns by Obama Administration

The 4% FAA spending cut that somehow delays 40% of flights.

WSJ.COM  4/24/13: As travellers nationwide are learning, the White House has decided to express its dislike of the sequester—otherwise known as modestly smaller government—by choosing to cut basic air traffic control services. We wrote about this human- rights violation on Tuesday in "Flight Delays as Political Strategy," but the story gets worse the closer we look.
Start with the Federal Aviation Administration, better known as the Postal Service without the modern technology. Flyers directly fund two-thirds of the FAA's budget through 17 airline taxes and fees—about 20% of the cost of a $300 domestic ticket, up from 7% in the 1970s. Yet now the White House wants to make this agency that can't deliver what passengers are supposedly paying for even more dysfunctional.


Ponder this logic, if that's the right word: The sequester cuts about $637 million from the FAA, which is less than 4% of its $15.9 billion 2012 budget, and it limits the agency to what it spent in 2010. The White House decided to translate this 4% cut that it has the legal discretion to avoid into a 10% cut for air traffic controllers. Though controllers will be furloughed for one of every 10 working days, four of every 10 flights won't arrive on time. 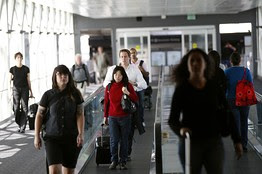 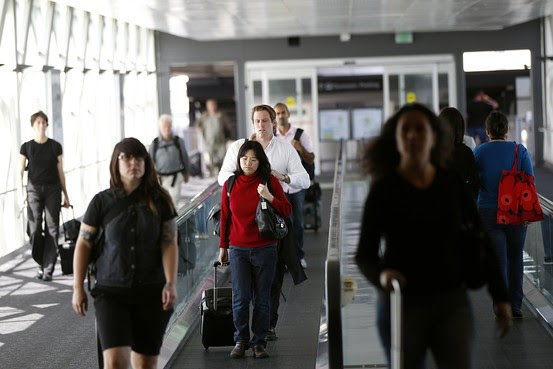 
The FAA projects the delays will rob one out of every three travellers of up to four hours of their lives waiting at the major hubs. Congress passed a law in 2009 that makes such delays illegal, at least if they are the responsibility of an airline. Under President Obama's "passenger bill of rights," the carriers are fined millions of dollars per plane that sits on the tarmac for more than three hours. But sauce for the goose is apparently an open bar for the FAA gander.
The White House claims the sequester applies to the budget category known as "projects, programs and activities" and thus it lacks flexibility. Not so: This is a political pose to make the sequester more disruptive. Legally speaking, the sequester applies at a more general level known as "accounts." The air traffic account includes 15,000 controllers out of 31,000 employees. The White House could keep the controllers on duty simply by allocating more furlough days to these other non-essential workers.
Instead, the FAA is even imposing the controller furlough on every airport equally, not prioritizing among the largest and busiest airports. San Francisco's Napa Valley airport with no commercial service will absorb the same proportion of the cuts as the central New York radar terminal, which covers La Guardia, JFK and Newark International, as well as MacArthur, Teterboro, New Haven, Republic and other regional fields. 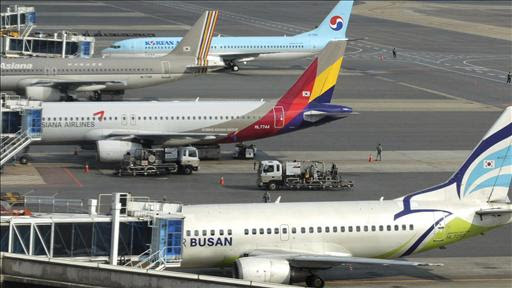 Assistant editorial page editor James Freeman on how President Obama could have prevented flight delays. Photo credit: Associated Press.
Anyone who has flown in or out of those terminals knows that they are hardly models of efficiency, and one reason is the pre-modern U.S. traffic control system. The FAA still uses ground radar and voice-based communications that were the best technology the 1950s had to offer. Many planes are now equipped with advanced avionics that enable more direct and precise flight paths, but they aren't allowed to fly these faster, safer routes because the FAA can't track their navigation methods.
For more than a decade the FAA has promised to modernize and make the civil aviation system more efficient and reliable, but the only things it has reliably generated are delays or cost overruns or usually both. The project, known as NextGen, is four years off schedule with no end in sight.


The FAA's troubles are the result of bad management and a lack of oversight, according to multiple Department of Transportation Inspector General audits. A 2011 investigation found that one part of NextGen ran $330 million over budget—or half of the FAA sequester—and then the FAA paid the contractor responsible $150 million in bonuses that were supposed to be an incentive for making the budget targets. The overruns are now approaching $500 million, and that's merely one item.


Meanwhile, ever since Al Gore launched a training initiative to increase the productivity of air traffic controllers in 1998, productivity has continued to fall. A larger workforce is now in charge of a smaller workload as the number of flights has dropped by 23%. As the Inspector General reports, "FAA data suggest that its overall staffing may not be optimal."
A rational government would use the sequester to improve on this sorry record. But instead this White House is responding to the FAA's failures by making the flying experience for millions of Americans even more unfriendly. It is actively creating even more delays, cancellations and missed connections in order to incite a public outcry on behalf of bigger government.
All of this deserves to backfire, and it will if Republicans break from their circular immigration firing squads and explain what Mr. Obama is doing. For all of its rough edges, the sequester is proving to be educational. It is showing Americans how broken so much of government is, and it is revealing how our politicians refuse to distinguish between essential services and needless waste.
Video

WSJ.COM 4/24/13: The Federal Aviation Administration claims the sequester spending cuts are forcing it to delay some 6,700 flights a day, but rarely has a bureaucracy taken such joy in inconveniencing the public.
Though the FAA says it is strapped for cash, the air traffic control agency managed to find the dollars to update its interactive "command center" tool on its website so passengers can check if their airports are behind schedule due to what it calls sequester-related "staffing" problems. Oklahoma Senator Tom Coburn noticed this rare case of FAA technological entrepreneurship and fired off a letter Wednesday protesting what he called the agency's "full blown media rollout" to hype the flight delays. 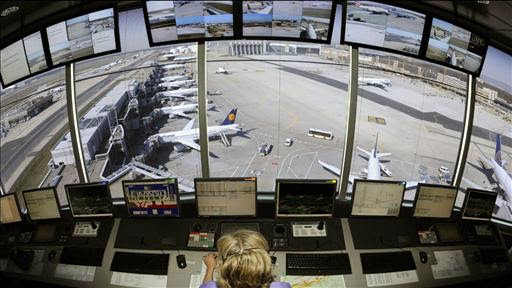 Editorial board member Joe Rago on how President Obama is making the Federal Aviation Administration more dysfunctional. Photos: Getty Images
That had zero impact on FAA bosses, who were on Capitol Hill rationalizing their dereliction. But after Mr. Coburn published his letter on his website, FAA regional employees wrote to blow the whistle on their bosses. As one email put it, "the FAA management has stated in meetings that they need to make the furloughs as hard as possible for the public so that they understand how serious it is."
Strategies include encouraging union workers to take the same furlough day to increase congestion. "I am disgusted with everything that I see since the sequester took place," another FAA employee wrote. "Whether in HQ or at the field level it is clear that our management has no intention of managing anything. The only effort that I see is geared towards generating fear and demonstrating failure." Just so.
Posted by MS at 9:48 AM