US Taxpayers may wind up owning Gore's bankrupt Fisker Automotive

How the Wheels Came Off for Fisker

Untested Electric-Car Firm Was Ripe for the Times; U.S. Loans Saddled It With Factory Never Used 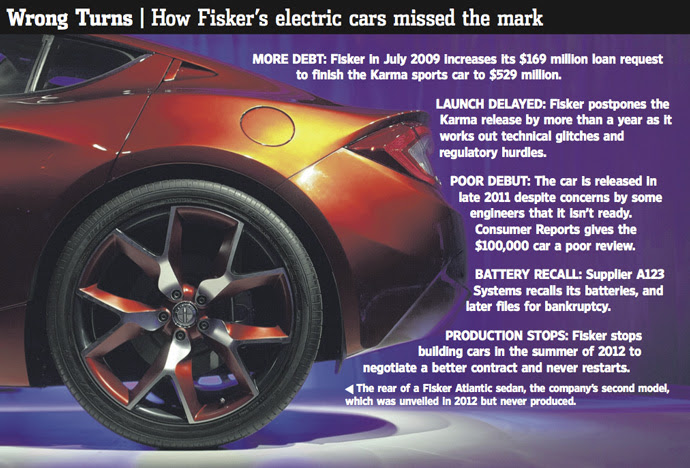 Mr. Simon says his car broke down four times over the span of a few months. Each time, Fisker Automotive Inc. picked it up and sent it by trailer from his home in Omaha, Neb., to a dealer in Minneapolis.
The Karma was "so vulnerable to software errors, and the parts used were of such poor quality that eventually I insisted they take the car back and return my purchase price, which they did," he says. "It's a real shame, the car itself was beautiful."
The near collapse of the Anaheim, Calif., company—it missed a loan payment on Monday, earlier dismissed most of its staff and has hired bankruptcy advisors—comes as affluent buyers like Mr. Simon have turned away from the once promising startup and falling gasoline prices have chipped away at demand for electric cars.

Barring a last-minute rescue, Fisker is poised to become another DeLorean Motor Co. or Tucker Corp., a symbol of the difficulties of creating entirely new car companies. Unlike those others, it also represents one of the most prominent failures of the government's use of public funds to wean American industry from fossil fuels—and of how that government interest pushed Fisker to reach too far.
Originally, Fisker wanted to start small. But, says investor David Anderson, the U.S. asked it to think big. '"We can't loan you money to make a low volume car [in Finland],'" he said the U.S. argued. '"But if you wanted to bring forward in time your idea of the small car to be produced here in the U.S.,' then, they'd say 'OK,'" Mr. Anderson said.
A spokesperson for the Department of Energy declined to comment.
At its peak, tiny Fisker was one of the largest U.S. venture capital backed companies ever. Its founders raised more than $1 billion from highly regarded Silicon Valley venture funds including Kleiner Perkins Caufield & Byers. It also recruited a roster of prominent backers including former Vice President Al Gore and former Oracle Corp. president Ray Lane.
Its biggest single investor was the U.S. In 2009, the Obama administration's interest in cultivating electric cars got the untested Fisker loans totalling $529 million, more than the company had initially requested, and an amount that encouraged private backers to chip in more funds. At one point, backers valued the company at $1.8 billion. 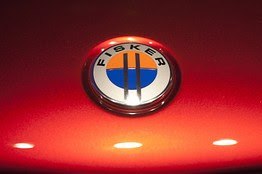 The Fisker automotive electric Atlantic sedan logo is seen during its unveiling ahead of the 2012 International Auto Show in New York.
The company had applied in 2009 for a $169 million loan from a $25 billion program set up in the wake of the financial crisis to boost alternative-energy vehicles. Energy Department officials recommended that if Fisker was willing to build in the U.S., the agency would fund the development of the Karma and the company's proposed second, less expensive model, according to people familiar with the matter.
Fisker executives agreed to acquire a shuttered General Motors Co. assembly plant in Wilmington, Del., where it hoped to build a $60,000 sedan.
Today, Fisker looks headed toward a bankruptcy restructuring. The U.S. could wind up owning all or part of the company's assets because its loans were backed by Fisker assets. So precarious is the company that the U.S. seized $21 million this month from Fisker in anticipation of a default.
How did the wheels come off so quickly? Fisker got its start in 2007, a year before U.S. gasoline prices hit $4.11 a gallon and seemed headed to $5 a gallon. The fuel spike and global cash crunch helped put General Motors and Chrysler Group in government-led bankruptcies. Its co-founder, Henrik Fisker, was a highly regarded designer for luxury brands Aston Martin and BMW and armed with an idea ripe for the times.
He lured investors with a hand-sculpted clay model of his dream car and the promise of an high-tech answer to what then was seen as an inexorable rise in fuel prices. Fisker and its promising Karma luxury plug-in appeared as the opposite of Detroit's plodding big car makers. 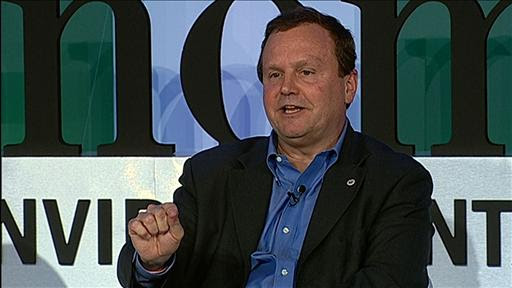 Tony Posawatz, President and CEO of Fisker Automotive tells WSJ's Alan Murray at the 2013 ECO:nomics conference that adoption of new clean technologies will take years and that investors should be patient. (Originally published 3/21/13)
In September 2009, the Energy Department gave preliminary approval to a $529 million in loans for the company. The amount was more than the $465 million it had earlier agreed to loan to rival electric-car startup Tesla Motors Inc. The DOE also awarded Ford Motor Co. and Nissan Motor Co. $5.9 billion and $1.4 billion, respectively, to fund their electric and hybrid vehicle programs. The DOE's decision to increase the Fisker loan will be a topic of a hearing scheduled on Wednesday before a House committee.
Even with its wealthy backers, Fisker had plenty of problems. Troubles with suppliers and regulatory requirements added months to the Karma's release. Its engineers expressed concerns that the software that ran the Karma's display screens and phone connections wasn't ready, people familiar with the situation say. Still, the Karma went out to customers. The company said that its problems were expected of any new model.
In May 2011, the Obama administration, under pressure from critics of its alternative energy spending and after the high-profile failure of U.S.-backed solar panel maker solar panel maker Solyndra LLC, froze disbursements to Fisker citing delays in the Karma's rollout.
Nonetheless, Fisker kept ordering parts to build Karmas, piling up costs even as the company struggled to fix software and other problems that prompted complaints from early buyers, and led to critical reviews in auto publications.
In the fall of 2011, Fisker's battery supplier, A123 Systems Inc., was informed Fisker had run out of cash and wouldn't be able to take more deliveries.
A123, which also received a government grant to finance U.S. factories, had shipped about 3,000 battery packs to the company. The Waltham, Mass., company was ready to ramp production to 15,000 packs annually for its top customer. Its own market miscalculations and quality problems led A123 to seek bankruptcy protection last fall.
Fisker stopped production of the Karma at a factory in Finland in July 2012 in an attempt to negotiate a cost-saving contract. The following month, Fisker recalled its cars for a second time to fix a cooling system flaw that was linked to battery fires.
It hasn't built a car since.
Posted by MS at 9:37 AM