The EPA Needs a New Broom. Will It Get One?

Obama's pick to head the agency must agree to a cease-fire in its war on fossil fuels.

After last week's abysmal jobs report, the Obama administration will have to act quickly to prevent even more Americans from dropping out of the workforce. One place to start is at the heavy-handed Environmental Protection Agency.


During President Obama's first term, EPA policies shut down factories, discouraged energy exploration, buried job creators under red tape, and deliberately hid information from the public. Mr. Obama's nominee to head the EPA during his second term, Gina McCarthy, has her confirmation hearing in the Senate on Thursday—and she will need to explain if she will change the agency's dismal record.


As head of the EPA's office on air quality since 2009, Ms. McCarthy has been a leader in the administration's war on fossil fuels. Regulations promulgated under her direction have been designed to shut down power plants that convert coal into electricity. According to an estimate by Unions for Jobs and the Environment, the EPA's air-quality rules could close 433 coal-fired electric plants, putting 251,000 Americans out of work. 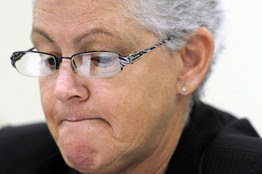 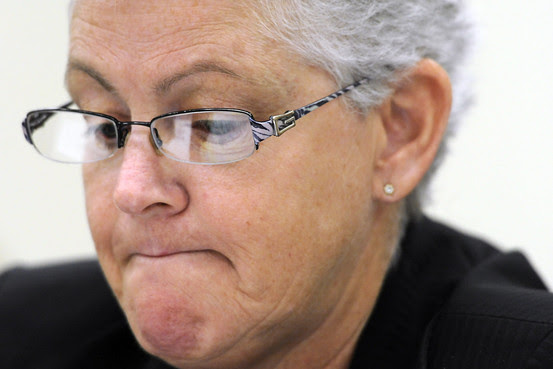 
This zealotry is contrary to the president's pledge to support an "all of the above" approach to energy policy. An all-of-the-above approach includes wind and solar as a supplement to, but not a substitute for, fossil fuels.


If Ms. McCarthy continues the EPA's policy of favoring expensive fuel sources and demonizing affordable ones, her leadership will only make our economy worse.


Many EPA regulations chase microscopic benefits at maximum cost. Over the past four years, the EPA has issued more than 1,800 new rules, with far-reaching economic consequences. Using the agency's own estimates, researchers at the Heritage Foundation report that the EPA's 20 "major rules" alone will cost $45 billion annually.


There's more to come. The EPA has proposed dropping the acceptable amount of ozone in the air from the 75 parts per billion allowed today to 60 or 70 parts per billion. The agency concedes that the rule would have a minimal effect on Americans' health but says it would cost as much as $90 billion a year. A study by the Manufacturers Alliance for Productivity and Innovation estimated it would eliminate up to 7.3 million jobs in a wide variety of industries, including refining.


In advance of the 2012 election, Mr. Obama delayed this costly, unpopular ozone proposal. In her testimony on Thursday, Ms. McCarthy needs to make it clear that this proposed rule is permanently shelved.


The EPA has also failed to level with the American public. The previous administrator, Lisa Jackson, tried to hide behind-the-scenes dealings by using an alias email account named after her dog, "Richard Windsor." The alias email account meant that its contents would not be disclosed by a Freedom of Information Act request.


Chris Horner of the Competitive Enterprise Institute discovered the existence of this alias email account while researching a book. He has a lawsuit against the EPA but the agency has been slow to release the emails from Ms. Jackson's account, and explain exactly what business was conducted using them. Ms. McCarthy must address questions about whether she too used an email alias to conduct official business.


The EPA must also release to the public and the Congress all of the relevant scientific backup information used for agency decisions. Any proposed regulation that will hurt the economy needs to be supported by solid scientific evidence.


Meanwhile, the agency has gathered personal information about tens of thousands of livestock farmers and the location of their operations, which it then disclosed to environmental groups including EarthJustice and the Natural Resources Defense Council after these groups filed a Freedom of Information Act request.


Instead of relying on the EPA to ensure family farmers comply with environmental laws, some of these organizations attempt to conduct their own investigations, harassing law-abiding citizens in the process. Farmers are justifiably concerned as to how environmental extremists might use their personal cellphone numbers, email addresses and exact farm locations.


The confirmation hearing for Ms. McCarthy provides an opportunity for the Obama administration to demonstrate that it understands how EPA decisions affect American families and the economy—and that the agency will operate in a transparent fashion. But if Ms. McCarthy decides to stay the course, there is no way I can support her leadership.
Dr. Barrasso is a Republican senator from Wyoming.
Posted by MS at 10:25 PM