Science Is About Evidence, Not Consensus

Science Is About Evidence,

By Matt Ridley
WSJ.COM 7/5/13: Last week a friend chided me for not agreeing with the scientific consensus that climate change is likely to be dangerous. I responded that, according to polls, the "consensus" about climate change only extends to the propositions that it has been happening and is partly man-made, both of which I readily agree with. Forecasts show huge uncertainty.


Besides, science does not respect consensus. There was once widespread agreement about phlogiston (a nonexistent element said to be a crucial part of combustion), eugenics, the impossibility of continental drift, the idea that genes were made of protein (not DNA) and stomach ulcers were caused by stress, and so forth—all of which proved false. Science, Richard Feyman once said, is "the belief in the ignorance of experts." 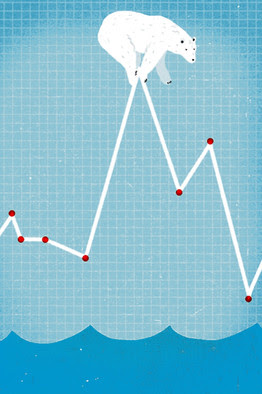 
My friend objected that I seemed to follow the herd on matters like the reality of evolution and the safety of genetically modified crops, so why not on climate change? Ah, said I, but I don't. I agree with the majority view on evolution, not because it is a majority view but because I have looked at evidence. It's the data that convince me, not the existence of a consensus.


My friend said that I could not possibly have had time to check all the evidence for and against evolution, so I must be taking others' words for it. No, I said, I take on trust others' word that their facts are correct, but I judge their interpretations myself, with no thought as to how popular they are. (Much as I admire Charles Darwin, I get fidgety when his fans start implying he is infallible. If I want infallibility, I will join the Catholic Church.)


And that is where the problem lies with climate change. A decade ago, I was persuaded by two pieces of data to drop my skepticism and accept that dangerous climate change was likely. The first, based on the Vostok ice core, was a graph showing carbon dioxide and temperature varying in lock step over the last half million years. The second, the famous "hockey stick" graph, showed recent temperatures shooting up faster and higher than at any time in the past millennium.


Within a few years, however, I discovered that the first of these graphs told the opposite story from what I had inferred. In the ice cores, it is now clear that temperature drives changes in the level of carbon dioxide, not vice versa.


As for the "hockey stick" graph, it was effectively critiqued by Steven McIntyre, a Canadian businessman with a mathematical interest in climatology. He showed that the graph depended heavily on unreliable data, especially samples of tree rings from bristlecone pine trees, the growth patterns of which were often not responding to temperature at all. It also depended on a type of statistical filter that overweighted any samples showing sharp rises in the 20th century.


I followed the story after that and was not persuaded by those defending the various hockey-stick graphs. They brought in a lake-sediment sample from Finland, which had to be turned upside down to show a temperature spike in the 20th century; they added a sample of larch trees from Siberia that turned out to be affected by one tree that had grown faster in recent decades, perhaps because its neighbor had died. Just last week, the Siberian larch data were finally corrected by the University of East Anglia to remove all signs of hockey-stick upticks, quietly conceding that Mr. McIntyre was right about that, too.


So, yes, it is the evidence that persuades me whether a theory is right or wrong, and no, I could not care less what the "consensus" says.
Posted by MS at 12:30 PM