The Sun in June 2014 and updates of land and water

Figure 1: The comparison of the current cycle (Solar Cycle SC) 24 with the similar SC1 and the mean SC1 ... SC23.
In the observation of the activities of each cycle has been compared to the previous month, not much has happened:

Figure 2: The summed differences from the mean (blue in Figure 1) of each cycle.
The significant decrease in activity in a relatively short time since the SC22 with its maximum around 1990 is striking. Apart from some violent activity phases it remains long-term quiet on the sun after about 2005. Direct detection of temperature changes between maxima and minima of the cycles (see Figure 1) on the earth, however, leads only to marginal traces in the temperature series. In this case, the total radiation (Total Solar Irradiance - TSI) does not change very much, but noticeably. In the data series used in the last IPCC report 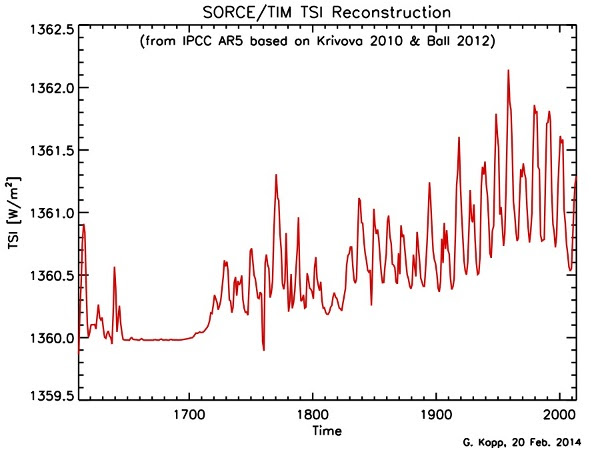 Figure 3: The change of TSI in the last 400 years. Source: University of Colorado.
[Added: Some climate scientists claim no increase of solar activity has occurred since global temperature measurements began in 1850, clearly contradicted by Fig 3, especially after taking the integral of solar activity]
we detect changes of 1 ... 2W / m² in almost every cycle. Why does not the temperature lift more, while other so-called forcing components (eg volcanoes) leave much clearer traces of this magnitude? A hypothesis presented Dr. David Evans of Australia in recent weeks. In short his explanation: there is a filter in the system Earth-Sun, which suppresses the eleven-year fluctuations in the signal processing is referred to as the "Notch Filter". It should work quite well at 11 years, longer-term changes he can by. If you are interested, the contributions and the very lively discussion to read here from Part 1 . Evans predicts an imminent slowdown, so the hypothesis is quite good falsifiable. In the current football fever could also be formulated with Franz Beckenbauer: "Schau'mer ma '!"
Let us meanwhile another topic: In many explanations about climate change, temperatures play a significant role in the country. After all, we all live here and so feel the effects of warming caused by greenhouse gases in particular the immediate than the warming of the oceans. Also, the German entry in Wikipedia mentions it:

"The air above land heats up generally stronger than over water ... Because of the area fraction of the oceans of 71% is the heating of the land on average more than twice as big as the sea."
Source: Wikipedia .

This global land temperatures (usually determined by thermometer in long rows) of the British Metoffice among others in the series of measurements "CRUTEM4" captured. Your history is given in Fig 4 again: 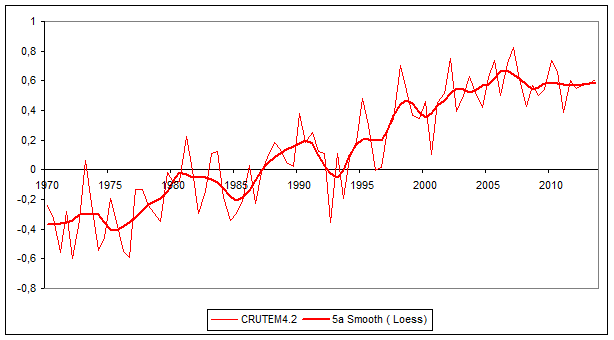 Figure 4: The land temperatures after CRUTEM4 (Source: UK Metoffice ) with a 5-year smoothing
The trend from 1975 to 2013 is 0.27 K / decade and is therefore higher than the trend for land plus water for the same period in fact: 0.17 K / decade. However, as a linear trend does not say it all: After 2002, a flattening is also to be recognized here. If the "Pause" significant, ie not random and therefore by models in climate science liable to account? A clean test is not so without! First, we must ensure that the individual values ​​for the land temperatures are sufficiently independent of each other. With the theme of autocorrelation, we had employed here before .Since the heat capacity of the land is much lower than water, we can 6 - monthly mean values ​​(as in Figure 4) using harmless, as the corresponding test revealed. Now we calculate the linear trend by the method of least squares is always up to the second half of 2013: 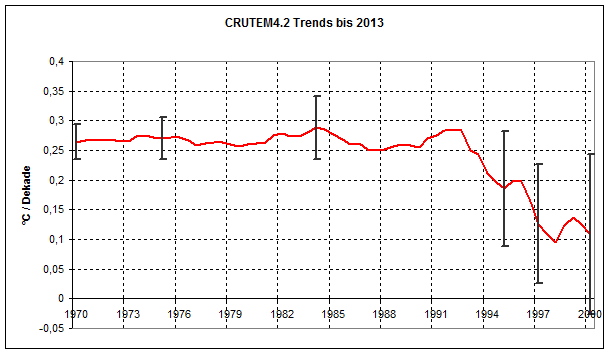 Figure 5: The trend slopes (red) of the series of figures 5 to 2013, and their error bars (black).
[Added: The global temperature trend was steady 1970-1993, and has declined since, leading to a complete 'pause' over the past 15+ years.]
We see that the trend to 2013 with the start of 2000 compared to the is only half as steep at the start of 1993, although the concentration of greenhouse gases continue to increase monotonically. Is the slowdown in growth after 1993, however, significant, or is it still within the 95% confidence level, and it could also be a coincidence?
One often hears that shorter trends are not meaningful and only long rows of 30 years are meaningful in climate science. This is so not right! In principle one can use any long or short trends when one considers the uncertainty of the statements and is clean. Man looks at the error bars in Figure 6, as the sizes are increasingly 'blurred', the shorter the examined rows are. The trend 2000 (inclusive) -2013 is only 14 years (and the range of uncertainty so great that he is no longer significantly increasing), which from 1984 to 2013, however, 30 However, one can conclude: The trend from 1984 to 2013 is significantly higher than that of the developing "Super Elnino" In 1998, still played from 1997 to 2013, mind you from the first half of the year at the beginning of the year, by no role in the country temperatures. The lower error bar of the trend from 1984 to 2013 (and many years before that) do not overlap with the upper error bars from 1997 to 2013, first semester. The "pause" in the country temperatures should indeed respond significantly more to the warming caused by greenhouse gases by Wikipedia as the surface temperatures of the oceans, is no accident, but rather significant. The apparent resonant internal variability of our climate is also reflected here, thus reducing the potential effectiveness of greenhouse gas to the temperatures overall.
What are the oceans in 2014? One that advertises itself Direction El Nino filled the headlines. , we reported about a month ago . Here's a quick update: A comparison of the current June data of the heat content of the upper 300m water of the Pacific tropics

Figure 6: The current anomaly of the heat content of the tropical Pacific (top) compared to the same month in 1997 Source:. NOAA .
The atmosphere has not responded to this date further dwindling warm anomaly of the ocean (only as a shadow of itself compared to April) as before. A strong El Nino is almost impossible, it might also be good to be expected with neutral conditions at the end of the year to go. The predicted more Super El Nino after 1998 will not come.
Posted by MS at 12:40 PM