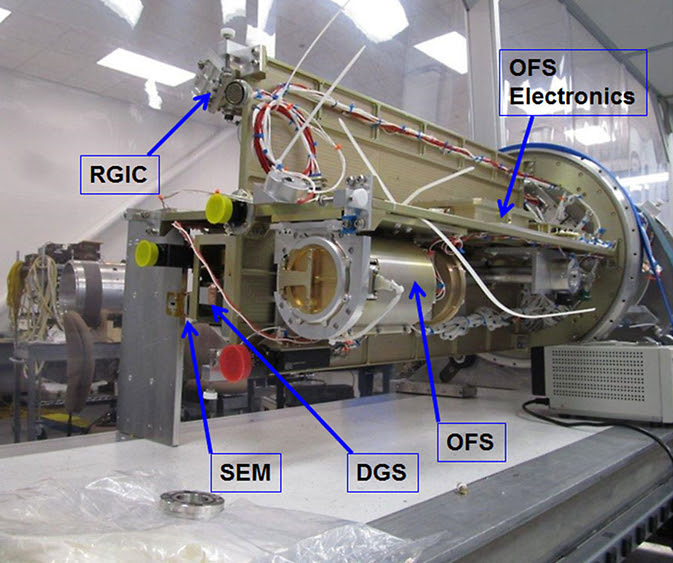 The Degradation Free Spectrometers experiment in advance of its launch on a sounding rocket in mid-July 2014. Its four experiments will help measure the total extreme ultraviolet light put out by the sun, which is useful for tracking how the sun changes over long periods of time.

On July 14, 2014, a sounding rocket will be ready to launch from White Sands Missile Range, New Mexico a little before noon local time. Soaring up to 180 miles into Earth’s atmosphere, past the layers that can block much of the sun's high energy light, the Degradation Free Spectrometers experiment will have six minutes to observe the extreme ultraviolet and soft x-rays streaming from the sun, in order to measure the sun's total energy output, known as irradiance, in these short wavelengths.

The total solar irradiance, and to an even greater degree, irradiance at high energy wavelengths is known to change over time in conjunction with the sun's approximately-11-year solar cycle. How it changes over longer periods of time, however, is less certain – but fairly important if we're going to understand how solar variability affects Earth’s space environment. 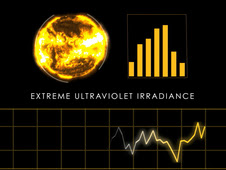 The Degradation Free Spectrometers experiment will measure the total energy of the extreme ultraviolet light coming from the sun, to better understand how it changes over time – which has implications for understanding solar evolution.

"Data observations from recent missions have provided significantly improved measurements of irradiance," said Leonid Didkovsky, the principal investigator for the mission at the University of Southern California in Los Angeles. "But the optical components of many of these missions can degrade during the time of the mission. Degradation leads to calibration drift over time."

Scientists put a lot of effort into comparing and calibrating these space instruments from afar using expensive technologies or even additional rocket flights to track changes in the instrument over time. To eliminate the need for in-flight calibration, Didkovsky and his team recently developed degradation-free instruments. They will fly two new instruments, and two classical instruments on the upcoming mission.

The first new instrument, called the Optics-Free Spectrometer, relies on neon gas to detect the sun's photons. When a solar photon streams in and collides with a neon atom, an electron is emitted. The instrument measures the number of emissions, as well as the energy. This information can be used to characterize the original light hitting the detector.

The second new instrument is the Dual Grating Spectrometer, which can separate the visible light from the extreme ultraviolet light using two very stable, degradation-free versions of a tool known as a diffraction transmission grating. Both of the new instruments were calibrated at the U.S. National Institute of Standards and Technology using specialized calibration facilities at its Synchrotron Ultraviolet Radiation Facility.

The sounding rocket will also include two classic irradiance instruments. One is called the Rare Gas Ionization Cell absolute irradiance detector and the second is the Solar EUV Monitor—a clone of an instrument on board the European Space Agency's and NASA's Solar and Heliospheric Observatory.

"The mission will do more than simply gather irradiance data during the flight," said Didkovsky. "One of the important goals is to demonstrate that these two degradation-free instruments are flight-ready."

The Degradation Free Spectrometers experiment will launch on board a Terrier-Black Brant MK3 rocket. The window for launch begins at 3:10 p.m. EDT on July 14, 2014. NASA’s Heliophysics Division manages the agency’s sounding rocket program.

www.nasa.gov/soundingrockets
Posted by MS at 3:07 PM