Does Environmentalism Cause Amnesia? Alarmism of famine recycled again & again

Does Environmentalism Cause Amnesia?


Climate-change alarmists warn us about coming food shortages. They said the same in 1968.

WSJ.COM 11/4/13: Warming is becoming a major problem. "A change in our climate," writes one deservedly famous American naturalist, "is taking place very sensibly." Snowfall, he notes, has become "less frequent and less deep." Rivers that once "seldom failed to freeze over in the course of the winter, scarcely ever do so now."

And it's having an especially worrisome effect on the food supply: "This change has produced an unfortunate fluctuation between heat and cold, in the spring of the year, which is very fatal to fruits."

That isn't a leaked excerpt from the latest report of the U.N.'s Intergovernmental Panel on Climate Change, but it may as well be. Last week, Canadian journalist Donna Laframboise of the website No Frakking Consensus posted a draft of a forthcoming IPCC report on the alleged effects climate change will have on food production. The New York Times then splashed the news on its front page Saturday. It's another tale of warming woe:

"With or without adaptation," the report warns, "climate change will reduce median yields by 0 to 2% per decade for the rest of the century, as compared to a baseline without climate change. These projected impacts will occur in the context of rising crop demand, projected to increase by 14% per decade until 2050." 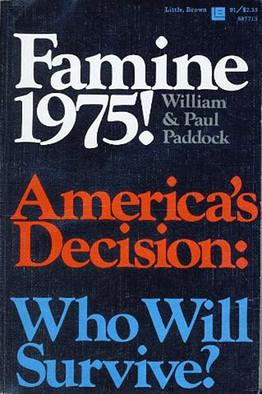 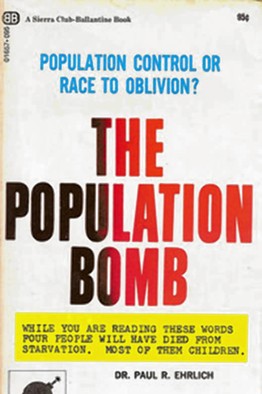 If this has a familiar ring, it's because it harks back to the neo-Malthusian forecasts of the 1960s and '70s, when we were supposed to believe that population growth would outstrip food production. This gave us such titles as "Famine 1975!", a 1967 best seller by the brothers William and Paul Paddock, along with Paul Ehrlich's vastly influential "The Population Bomb," a book that began with the words, "The battle to feed all of humanity is over. In the 1970s and 1980s hundreds of millions of people will starve to death in spite of any crash programs embarked upon now."

It's the same story nearly everywhere else one looks. In Africa, maize production was up 247% between 1968 and 2011, while production of so-called primary vegetables has risen 319%; in South America, it's 308% and 199%. Meanwhile, the world's population rose to just under seven billion from about 3.7 billion, an increase of about 90%. It is predicted to rise by another 33% by 2050.

But what about the supposedly warming climate? According to the EPA, "average temperatures have risen more quickly since the late 1970s," with the contiguous 48 states warming "faster than the global rate." Yet U.S. food production over the same time has also risen by robust percentages even as the number of acres under cultivation has been steadily falling for decades.

In other words, even if you believe the temperature records, a warming climate seems to correlate positively with greater food production. This has mainly to do with better farming practices and the widespread introduction of genetically modified (GMO) crops, and perhaps also the stimulative effects that carbon dioxide has on photosynthesis (though this is debated). Warming also could mean that northern latitudes now not suited for farming might become so in the future.

But whatever the reason, the world isn't likely to be getting any hungrier. Quite the opposite: Purely natural (as opposed to man-made) famines are becoming unknown. As the Irish economist Cormac Ó Gráda noted in a 2010 paper, "in global terms, the margin over subsistence is now much wider than it was a generation ago. This also holds for former famine zones such as India and Bangladesh, whereas China, once the 'land of famine,' nowadays faces a growing problem of childhood obesity." Only in Africa is food scarcity still an issue, but even there recent food crises in Malawi and Niger did not result in major loss of life.

What does hurt people is bad public policy. Exhibit A is the U.S. ethanol mandate—justified in part as a response to global warming—which diverted the corn crop to fuel production and sent global food prices soaring in 2008. Exhibit B is the cult of organic farming and knee-jerk opposition to GMOs, which risk depriving farmers in poor countries of high-yield, nutrient-rich crops. Exhibit C was the effort to ban DDT without adequate substitutes to stop the spread of malaria, which kills nearly 900,000 people, mostly children, in sub-Saharan Africa alone with each passing year. The list goes on and on.

Environmentalists tend to have conveniently short memories, especially when it comes to their own mistakes. They would do better to learn from history. Just take the quote about the warming climate with which this column began. It's from "Notes on the State of Virginia" by Thomas Jefferson, published in 1785.