A paper published today in the Journal of Atmospheric and Solar-Terrestrial Physics finds long-term observational evidence corroborating Svensmark's cosmic ray theory of climate. According to the authors, the "Sun influences the formation of clouds and rainfall activity through Galactic Cosmic Ray mediation" and "Solar control on the Indian Summer Monsoon rainfall, cloud liquid water content, and integrated water vapor is observed over India during 1977–2012."

A long-term observation over three solar cycles indicates a perceptible influence of solar activity on rainfall and associated parameters in the Indian region. This paper attempts to reveal the solar control on the cloud liquid water content (LWC) and integrated water vapor (IWV) along with Indian Summer Monsoon (ISM) rainfall during the period of 1977–2012 over nine different Indian stations. Cloud LWC and IWV are positively correlated with each other. An anti-correlation is observed between the Sunspot Number (SSN) and ISM rainfall for a majority of the stations and a poor positive correlation obtained for other locations. Cloud LWC and IWV possess positive correlations with Galactic Cosmic Rays (GCR) and SSN respectively for most of the stations. The wavelet analyses of SSN, ISM rainfall, cloud LWC and IWV have been performed to investigate the periodic characteristics of climatic parameters and also to indicate the varying relationship of solar activity with ISM rainfall, cloud LWC and IWV. SSN, ISM rainfall and IWV are found to have a peak at around 10.3 years whereas a dip is observed at that particular period for cloud LWC. 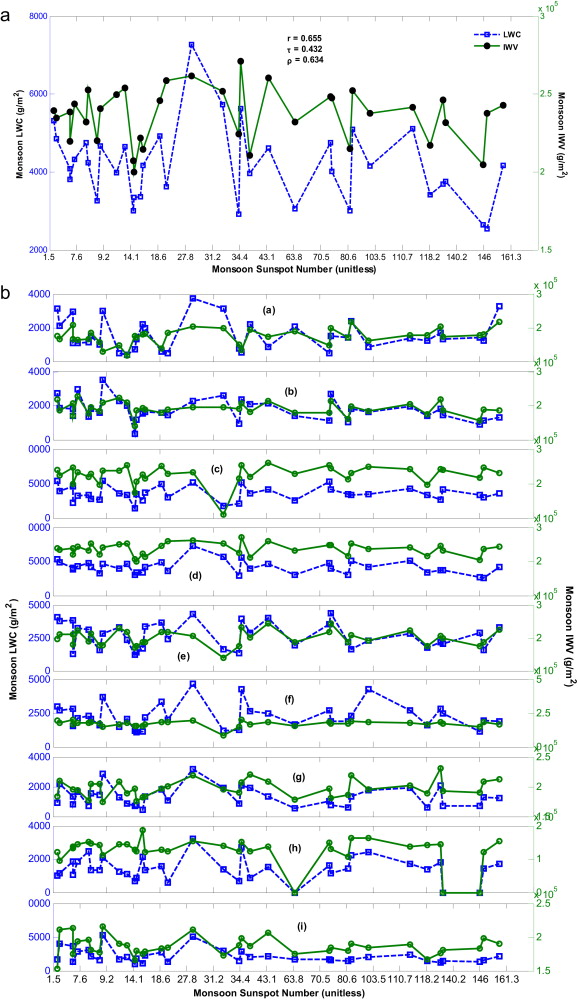 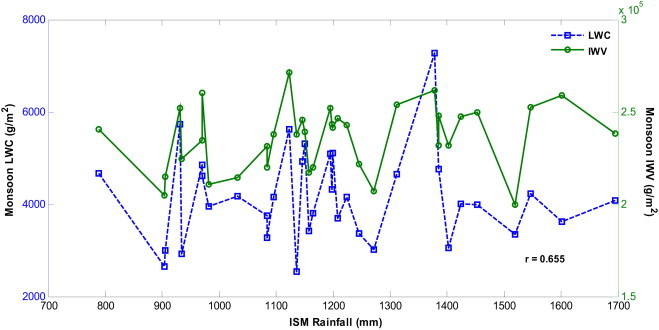 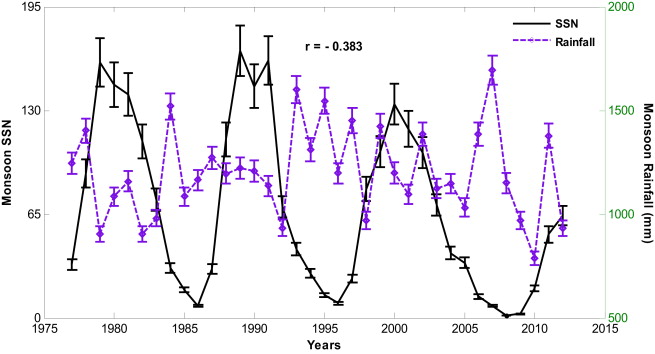 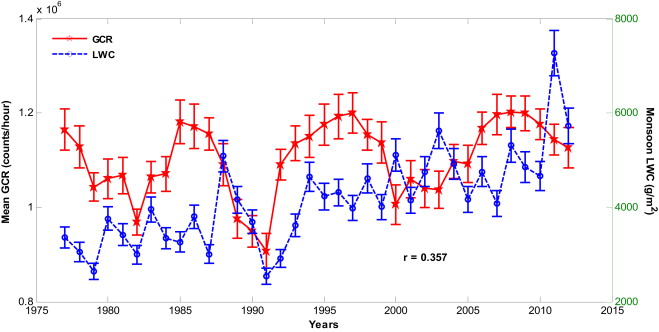 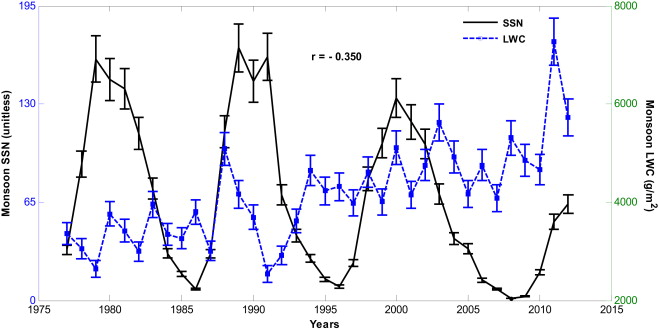 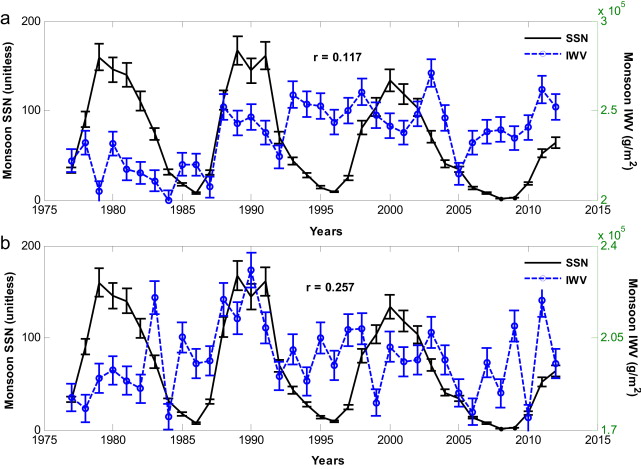 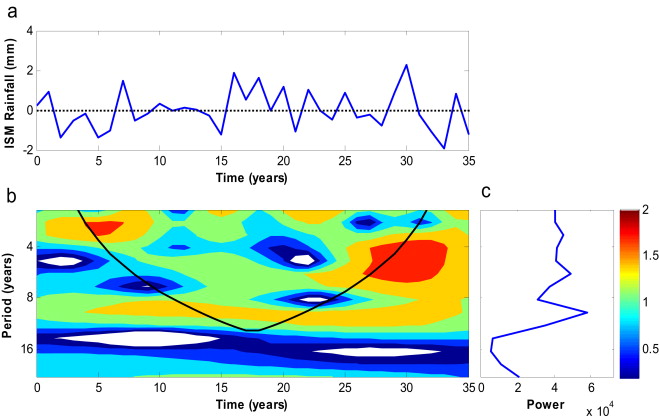 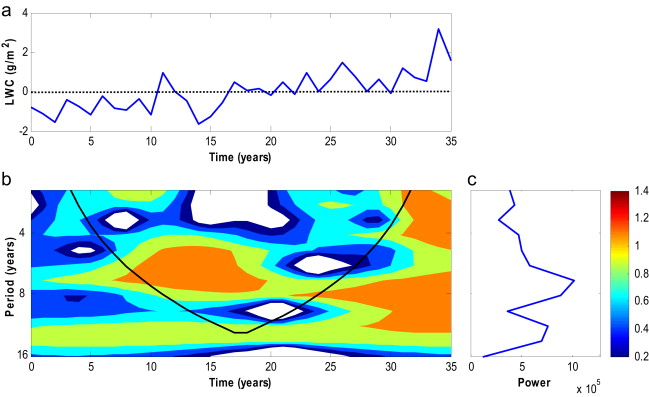