A cost/benefit analysis posted at the German Skeptical Science site finds Ivanpah, the world's largest "solar" power plant, not only burns through a lot of birds, it inefficiently burns through a lot of fossil fuels and money as well. Ivanpah uses the ancient technology of firing steam boilers, which are far less efficient and generate higher emissions of CO2 & actual air pollutants than a modern gas turbine plant.

According to the analysis


Did anyone bother to run these numbers before this $2.2 billion taxpayer-loan-guaranteed boondoggle was built?


Solar power plant in the desert burns birds ... and Gas ... and a lot of money 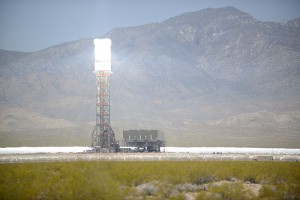