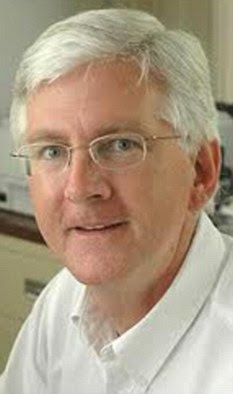 Dr Roy Spencer: He claims climate change is less serious than forecasts suggest
Climate change is far less serious than ‘alarmists’ predict, an eminent NASA scientist has said.
Dr Roy Spencer, who works on the space agency’s temperature-monitoring satellites, claimed they showed ‘a huge discrepancy’ between the real levels of heating and forecasts by the United Nations and other groups.
After looking at the levels of radiation in the atmosphere over the past ten years, he believes the Earth releases a lot more heat into space than previously thought.
This means carbon dioxide emissions do not trap as much heat or force temperatures up as much as global warming bodies fear.
Dr Spencer, a climatologist at the University of Alabama, said his satellite readings between 2000 and 2011 show far smaller temperature rises than six climate models which are used by international governments and corporations to predict changes to our climate in the future.
He said: ‘The satellite observations suggest there is much more energy lost to space during and after warming than the climate models show.
'There is a huge discrepancy between the data and the forecasts that is especially big over the oceans.’
However critics say his research is over too short a period to draw conclusions and ignores other factors.
Dr Spencer is the first scientist to examine the data from Nasa satellites in relation to climate change.

He has long believed the build-up of hot air produces more clouds, which have a cooling effect on the Earth, counteracting global warming to some extent.
However his study, published in the journal Remote Sensing, does conclude that the limited heating he has found remains an ‘unsolved problem’.
Bob Ward of the Grantham Research Institute on Climate Change and the Environment at the London School of Economics, said: ‘It’s a simplistic theory and we will need to look very closely at these measurements as he is far from proving conclusively that this is the cause.
‘He has taken these measurements over a very short time during which the Earth has not heated as much as it did in the late 1990s, and scientists expect this heating to resume.
‘Satellites also drift over time, getting further and closer to the Earth, which can affect the readings.’ 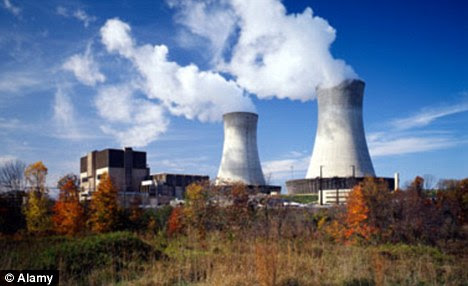 Sceptical: Greenpeace fiercely oppose nuclear power and have campaigned on the perils of global warming for decades
Climate change sceptics are also cautious about his conclusions. Dr David Whitehouse, of the Global Warming Policy Foundation said:  ‘It correctly states that the computer models of climate have many flaws and have been unable to explain how the earth has warmed up in recent decades.
‘It’s a very interesting paper though only time will tell if its analysis - that the earth radiates more heat out into space than we thought - stands up.’
The United Nations climate change body, the Intergovernmental Panel on Climate Change, has been dogged by controversy over its impartiality.
Set up to provide science-based advice to politicians, last month it was criticized for using a Greenpeace campaigner to help write an ‘impartial’ report on green energy.
The study claimed that the world could meet nearly 80 per cent of its energy by 2050 from renewable sources such as wind farms and solar panels.
Greenpeace fiercely opposes nuclear power and has campaigned on the perils of global warming for decades.
Last year, the IPCC was at the centre of a major row when it was forced to admit that it had exaggerated the threat of global warming to glaciers.
Posted by MS at 10:30 PM