ABC News: US has oil reserves greater than the entire Middle East

According to a segment aired by ABC World News Tonight, new oil drilling technology could allow access to 2 trillion barrels of oil within the continental US alone, which is greater than the oil reserves of the entire Middle East and North Africa combined. 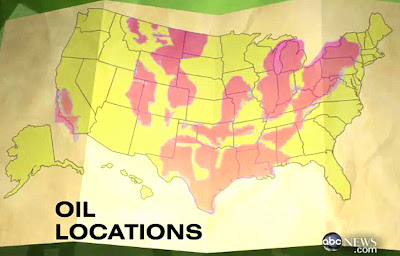 Video of the segment including map above starts at 10:50 mark here
Posted by MS at 6:24 PM