The paper states the increase in sunshine reaching the Earth's surface is due to a decrease in aerosols including clouds, which are influenced by both anthropogenic and natural factors, and possibly changes in solar activity. 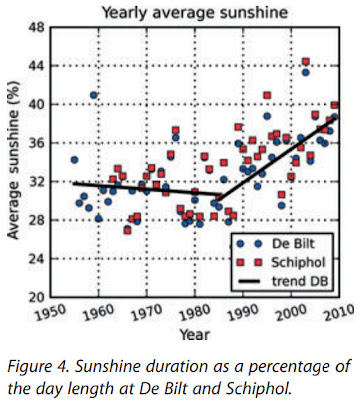