Sierra Club aims to ban all fossil fuels including natural gas, regardless of economic cost

The media are finally catching up to America's shale natural gas boom, with even Fortune magazine waddling in with a cover story. But the bigger recent news is that one of the most powerful environmental lobbies, the Sierra Club, is mounting a major campaign to kill the industry.
The battle plan is called "Beyond Natural Gas," and Sierra Club executive director Michael Brune announced the goal in an interview with the National Journal this month: "We're going to be preventing new gas plants from being built wherever we can." The big green lobbying machine has rolled out a new website that says "The natural gas industry is dirty, dangerous and running amok" and that "The closer we look at natural gas, the dirtier it appears; and the less of it we burn, the better off we will be." So the goal is to shut the industry down, not merely to impose higher safety standards.
This is no idle threat. The Sierra Club has deep pockets funded by liberal foundations and knows how to work the media and politicians. The lobby helped to block new nuclear plants for more than 30 years, it has kept much of the U.S. off-limits to oil drilling, and its "Beyond Coal" campaign has all but shut down new coal plants. One of its priorities now will be to make shale gas drilling anathema within the Democratic Party.
Enlarge Image 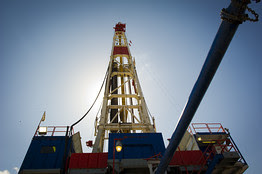 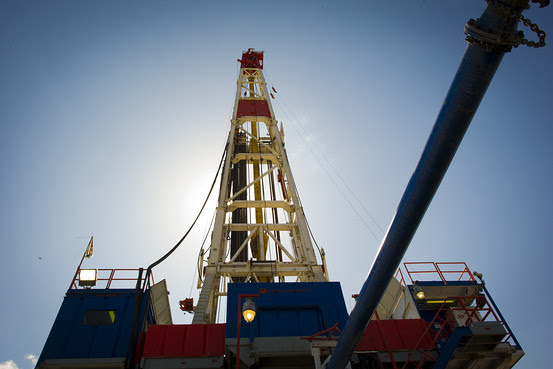 AFP/Getty Images
A Consol Energy Horizontal Gas Drilling Rig explores the Marcellus Shale outside the town of Waynesburg, Penn., on April 13.
The political irony is that not too long ago the Sierra Club and other greens portrayed natural gas as the good fossil fuel. The Sierra Club liked natural gas so much (and vice versa) that from 2007-2010 the group received $26 million in donations from Chesapeake Energy and others in the gas industry, according to an analysis by the Washington Post. Some of that money was for the Beyond Coal campaign.
One reason for this once-mutual affection is that natural gas produces much less carbon emissions than does coal—and the Sierra Club claims to want fewer such emissions.
The federal Energy Information Administration reports that in 2009 "the 4% drop in the carbon intensity of the electric power sector, the largest in recent times, reflects a large increase in the use of lower-carbon natural gas because of an almost 50% decline in its price." The Department of Energy reports that natural gas electric plants produce 45% less carbon than coal plants, though newer coal plants are much cleaner.
Researchers at Harvard's School of Engineering and Applied Sciences found that electric power plants reduced their greenhouse gases by 8.76% in 2009 alone. Most of the carbon reduction was driven not by mandates or regulation but by the economics of lower gas prices. The lead researcher, professor Michael McElroy, says: "Generating one kilowatt-hour of electricity from coal releases twice as much CO2 to the atmosphere as generating the same amount from natural gas, so a slight shift in the relative price of coal and natural gas can result in a sharp drop in carbon emissions."
Even the liberal Union of Concerned Scientists admits benefits from burning natural gas, finding that the resulting drop in emissions from sulfur, mercury and nitrogen oxides "translate into public health benefits, as these pollutions have been linked with problems such as asthma, bronchitis, lung cancer and heart disease for hundreds of thousands of Americans."
So why is the Sierra Club suddenly portraying natural gas as a villain? The answer surely is the industry's drilling success. The greens were happy to support natural gas as a "bridge fuel to the 21st century" when it cost $8 or more per million BTUs and seemed to be in limited domestic supply.
But now that the hydraulic fracturing and shale revolution has sent gas prices down to $2.50, the lobby fears natural gas will come to dominate U.S. energy production. At that price, the Sierra Club's Valhalla of wind, solar and biofuel power may never be competitive. So the green left has decided it must do everything it can to reduce the supply of gas and keep its price as high as possible.
The losers if this effort succeeds would be the millions of Americans who are benefitting from the shale boom. Some 600,000 jobs in the natural gas industry could be vulnerable, according to an analysis by the consulting firm IHS Global Insight. That's almost eight times more jobs than are employed by the wind industry.
But the losers would also include electricity consumers paying lower prices at home; the steel workers in Youngstown, Ohio who have been rehired to make pipe for gas drillers in the Marcellus Shale; and the thousands of high-paying jobs in chemicals, fertilizer and other manufacturing that is returning to the U.S. because natural gas prices are so much lower.
The Sierra Club campaign underscores that the modern green agenda is about far more than clean air and water and protecting wildlife. The real goal is to ban all fossil fuels—regardless of economic cost. It's hard to imagine a campaign that poses a greater threat to the U.S. economy, energy security and American health.
Posted by MS at 12:07 AM