IPCC doubles down: 95% sure on AGW while unable to explain why there has been no warming over past 16 years 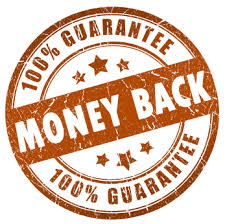 According to Reuters, the new draft of the IPCC AR5 claims "it is at least 95 percent likely that human activities - chiefly the burning of fossil fuels - are the main cause of warming since the 1950s." "That is up from at least 90 percent in the last report in 2007, 66 percent in 2001, and just over 50 in 1995." However, all of these fatuous figures are pulled out of the air to support the IPCC ideologies and not based upon any statistical analysis or science. Meanwhile, they can't explain why there has been no global warming over the past 16+ years:


"An IPCC draft says there is "medium confidence" that the slowing of the rise is "due in roughly equal measure" to natural variations in the weather and to other factors affecting energy reaching the Earth's surface.

Scientists believe causes could include: greater-than-expected quantities of ash from volcanoes, which dims sunlight [there haven't been any recent major eruptions]; a decline in heat from the sun during a current 11-year solar cycle [after claiming in past that such variations could not affect climate]; more heat being absorbed by the deep oceans [why wasn't it absorbed at the same rate in the past?]; or the possibility that the climate may be less sensitive than expected to a build-up of carbon dioxide [now we're talking!].

"It might be down to minor contributions that all add up," said Gabriele Hegerl, a professor at Edinburgh University. Or maybe, scientists say, the latest decade is just a blip."