WSJ: Just because climate science involves physics doesn't mean its conclusions are as certain as gravity or a round Earth

Just because climate science involves physics doesn't mean its conclusions are as certain as gravity.

"Gravity exists. The world is round. Climate change is happening."
WSJ.COM 8/14/13: So tweeted Barack Obama's advocacy group Organizing for Action on Monday, adding the hashtag #ScienceSaysSo. Had the hashtag read #ThePresidentSaysSo, no one would have bought the bogus appeal to authority. But many will buy the appeal to scientific authority.
Few nowadays defer to the traditional authority figures of old—parents, priests or politicians. But many are inclined to take scientists' word for things. If scientists say that anthropogenic climate change is happening, well, then anthropogenic climate change is happening. (Mr. Obama's tweeters must mean anthropogenic climate change, since no one denies that the climate is changing, as it always does.)
Deference to scientists is sometimes warranted. But the general deference to science suggested by President Obama and other campaigners is absurd. It underestimates the variety of science and the incentives scientists have to exaggerate the credibility of their theories.
People often talk about science as if it were a single discipline with a single method, "the scientific method," so that all scientifically acquired beliefs are equally likely to be true. Since all of Team Obama's threesome—gravity, the spherical Earth and climate change—are scientific, you should be no less certain about reality of anthropogenic climate change than about the reality of gravity. 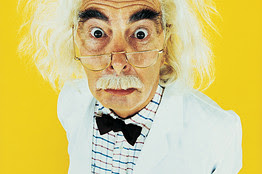 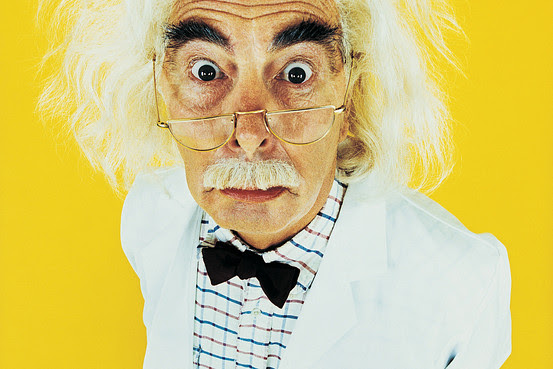 Getty Images
This vision of science is wrong. Scientific inquiry encompasses a great variety of disciplines with different methods, some of which are more reliable than others. Particle physics, evolutionary biology, epidemiology, climatology and behavioral economics, to take but five examples, concern different phenomena, use different methods and produce results of very different credibility. Deference is due to some scientists but not to all.
The physics of medium-sized objects moving at velocities well below the speed of light has been experimentally tested and successfully applied in technology to such an extent that it is beyond reasonable doubt. Anyone who drives a car across an ancient bridge has reason to defer to physicists.
The climate models upon which the anthropogenic climate change hypothesis is based have no such record of success. This is not their fault. They are new and they make predictions about the climate, which can be observed only over a period of decades, shorter periods being mere weather. A new model that predicts weather patterns in 50 years' time cannot be said to have been tested until 50 years have elapsed. Even then, we will have only one data point, which is hardly enough to confirm any theory.
So why should anyone believe these climate models and their implications? One popular answer is that they are entailed by what we already know about physics. For example, according to the Australian scientists Stephan Lewandowsky and Michael Ashley, "we can calculate the effect [of greenhouse gases], and predict what is going to happen to the earth's climate during our lifetimes, all based on fundamental physics that is as certain as gravity."
Alas, a theory can contain nothing but well-known bits of physics and still be false. If I explained the time that paper airplanes stay aloft as a simple function of gravity, my theory would contain nothing but physics as certain as gravity. Yet it would still be false because gravity is not the only factor relevant to flight.
Similarly, even if a climate model contains nothing but physics, those bits of physics might be insufficient to explain and predict weather patterns. The only way to find out is to the test the model's predictions against observed long-run weather patterns. But as I noted earlier, we cannot do that at present.
Many are impressed by the fact that climate models can "retrodict" climatic change—that is, use past climatic data (say, from the 1860s) to predict climatic data from the less-distant past (say, from the 1920s). They should not be. Given modern computer power, building a model that fits historic data is easily done. Successful data-fitting does not show that the model properly describes the underlying mechanisms or will provide a reliable guide to the future.
Anyone who follows the news will know that most scientists believe in anthropogenic climate change. This is supposed to convince us. But it ought to perplex us. Why would scientists—people supposedly devoted to intellectual rigor and honesty—tell us that we ought to believe the implications of untested climate models with as much confidence as we believe in gravity?
First separate climate scientists from scientists working in other fields who declare their confidence in the anthropogenic thesis. The latter are in no better a position to judge the merits of climate models than anyone else. They are merely expressing solidarity with their scientific brothers. They are like the unionized workers in the 1970s who went on strike in sympathy with workers in entirely different industries, knowing nothing about the alleged legitimacy of the grievance.
What about the climate scientists themselves, then? It would be extraordinary if they did not exaggerate the credibility of their theories. Scientists are human, and humans are inclined to act in ways that benefit themselves and to believe what suits them. And it suits climate scientists if the credibility of their models is overestimated.
Forget the increased funding of their research. What scientist does not what to believe he has made a genuine discovery? I doubt there has been a scientist in any immature field of inquiry who did not overestimate the credibility of his ideas, including those whose theories turned out to be right. Especially when those ideas, if true, might be used to save the world. Scientists are no less susceptible to the fantasy of the heroic scientist than intellectually lazy American presidents, enthusiastic undergraduates or anyone else.
We are asked to believe that "climate change is happening" because scientists with obvious incentives to overstate their achievements tell us that their untested models prove it. Those of us who remain skeptical are then accused of being anti-science fools. Funny.
Mr. Whyte is author of "Quack Policy: Abusing Science in the Cause of Paternalism," which will be released next week by the Institute of Economic Affairs.
Posted by MS at 5:40 PM