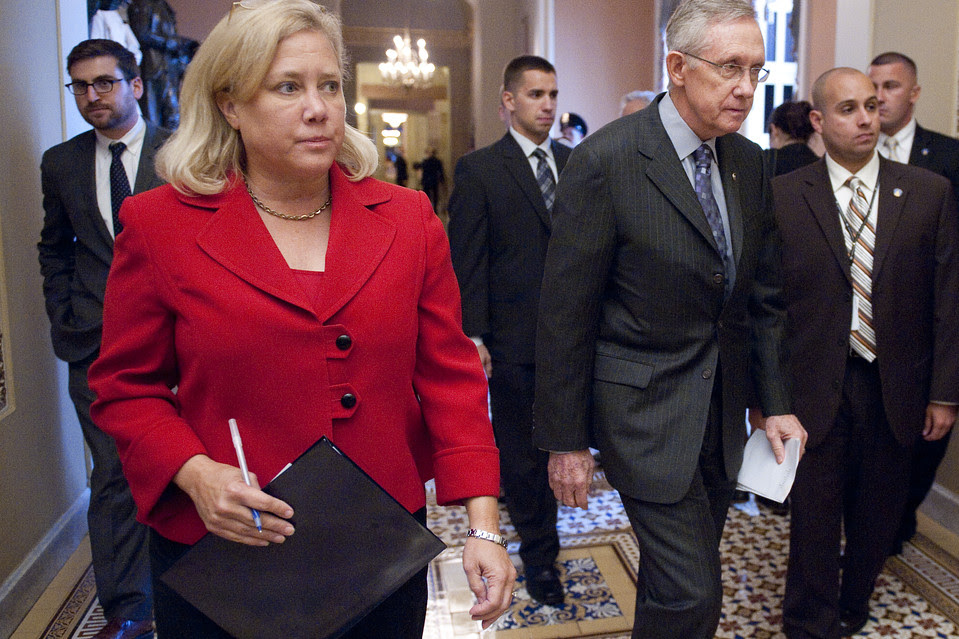 Elections have consequences, as President Obama said in his glory days, and barely a week later the losing Senate Democrats have already broken their line against the Keystone XL pipeline. Call it the Save Mary Landrieu Act of 2014.

The Louisiana Democrat faces a Senate runoff next month against Republican Rep. Bill Cassidy, and, lo, Majority Leader Harry Reid has suddenly allowed a vote on legislation she proposed with North Dakota Republican John Hoeven earlier this year that Mr. Reid blocked. The idea is to give her a show of political independence from Mr. Obama, who is about as popular in the Pelican State as BP .

You have to admire this transparent show of low political principle, especially because it clearly betrays that Mr. Reid has been the real obstacle to passing pro-growth, bipartisan legislation for the last four years. Ms. Landrieu couldn’t get Harry to move for ages, but now that Republicans will soon take charge her comrades will do anything to prevent the GOP from getting a 54th Senate seat.

The House has already voted eight times to authorize building the Keystone XL, which would open a new avenue for crude oil from Canada and the Bakken Shale formation in North Dakota to refineries on the Gulf of Mexico coast. The House plans to vote again on Friday to pass the latest version sponsored by Mr. Cassidy, which is roughly the same as the Senate bill.

President Obama has refused for six years to sign off on the pipeline, which his own State Department has estimated would create some 42,100 jobs and concluded would not significantly increase carbon emissions. State has completed five environmental reports confirming the null carbon hypothesis.
If Keystone isn’t built, oil producers will employ other vehicles to transport Canadian crude. Cenovus Energy plans to export 375,000 barrels a day to Canada’s east and west coasts via other pipelines. Canadian Pacific Railway estimates that it will carry 200,000 carloads of crude next year, more than double last year’s load. Valero Energy is expanding rail terminals in California, Louisiana and Quebec to handle more oil shipments.

One irony is that rail poses a greater environmental risk and so-called carbon footprint than the 1,200-mile underground pipeline. According to a State Department report this year, distributing the oil via train directly to the Gulf of Mexico would increase greenhouse gas emissions by 41.8%.
But if this debate were about the merits, Keystone XL would have been approved years ago. The pipeline is really about Democratic fealty to the party’s rich environmentalist donors, and that means the bill still has to get past Mr. Obama. “It’s fair to say that our dim view of these kinds of [legislative] proposals has not changed,” said White House press secretary Josh Earnest this week. “The President’s senior advisers at the White House would recommend that he veto legislation” resembling prior House bills.

So even if Ms. Landrieu gets her vote, Democrats can whisper to billionaire donor Tom Steyer that they know Keystone won’t become law on their watch. Republicans will have to do all of this again next year, when Ms. Landrieu’s support won’t matter. Louisiana voters should act accordingly.
Posted by MS at 5:14 PM