Having abandoned "back-radiation" from greenhouse gases as the explanation of the greenhouse effect, many claim global warming is instead due to an increase of the "effective radiating height" or "effective radiating level" [ERL] of greenhouse gases in the atmosphere. So the theory goes, an increase of CO2 levels will cause longwave infrared emissions from CO2 to be from colder heights in the atmosphere, and since colder bodies emit less radiation, more radiation will allegedly be "trapped" by colder CO2 in the fabled tropospheric "hot spot" & unable to escape to space.

Let's examine whether this theory holds water, since there are no observations finding either the "hot spot" or an increase of the "effective radiating level" over the satellite era as predicted by the theory.

First, the theory summarized from slides from a climate science course at the University of Wisconsin: 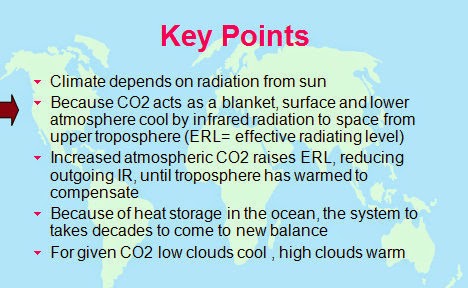 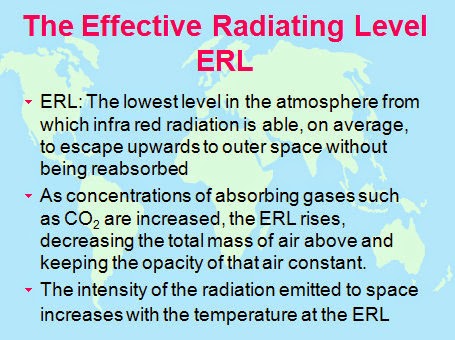 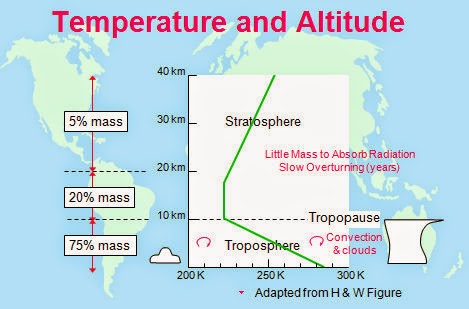 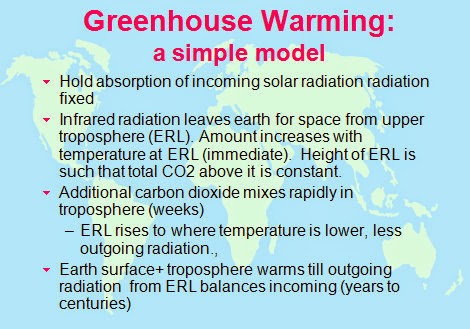 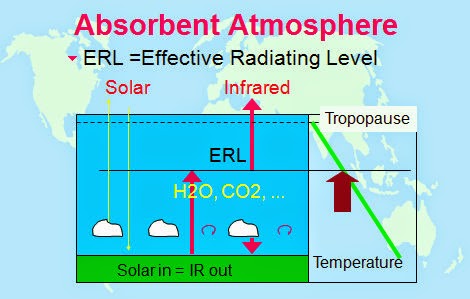 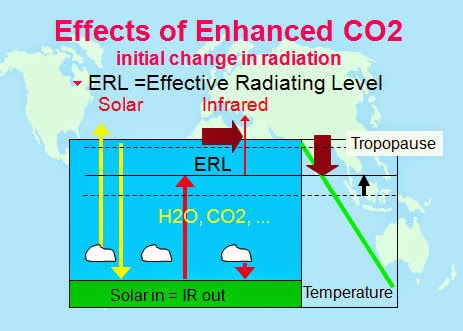 And now multiple reasons why the theory does not hold water:

2. The location of the ERL at ~5.5km in the tropics is part of the fabled mid-upper tropospheric "hot spot" region, which climate models predict will warm the fastest from AGW. Thus, an increase in height of the ERL would be offset by alleged warming from AGW in this same region of the atmosphere, countering the assumption that the increased height of the ERL would be colder and emit less radiation. Further, radiosonde observations show no evidence of the "hot spot" predicted by the models, and very slight warming of this region of the tropical troposphere since 1958:

3. Observations show no correlation between tropopause height and troposphere temperature 1980-2004:

5. Even if we assume CO2 does act as a blackbody and use the physical laws only applicable to blackbodies including Wien's Displacement Law, we find that at the peak emission line of CO2 at 15 microns, the equivalent blackbody temperature is -80C or 193K: 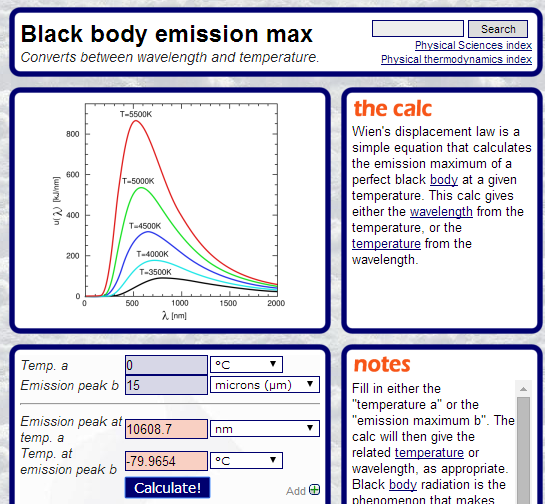 Therefore, the "blackbody" CO2 emits at a blackbody temperature of -80C or 193K, which is far colder than any portion of the troposphere, tropopause, or stratosphere as shown on the atmospheric temperature profile graph above. Changing the ERL does not change the "blackbody" emission temperature of CO2 one iota; CO2 emits at 15 microns/-80C no matter where it is located in the atmosphere. Thus, the notion that more CO2 can change the emissivity and emission temperature of CO2 is false and increases in ERL/CO2 levels cannot explain an increased greenhouse effect.

7. Increased CO2 increases the radiative surface area of the atmosphere which increases the ability to radiatively cool, analogous to a bigger heat sink on your microprocessor. Warmists, however, don't agree on why increased CO2 allegedly cools the stratosphere but warms the troposphere.

8. The ERL theory predicts a decrease of outgoing longwave radiation [OLR] from increased greenhouse gases, however, observations show the opposite of an increase of OLR over the past 62 years.