Since the time of the great physicist Maxwell to the present day, a few skeptics have noted that the primary source of the greenhouse effect is due to the effect of a gravity field upon adiabatic gases (both IR-active and non-IR-active) free to convect heat and transport latent heat from the surface, which rise/expand/cool until equilibrated with the upper atmosphere, following which, due to their gravitational potential energy and increased density from cooling, subsequently fall/compress/warm back to the surface.

This adiabatic expansion/compression process of all atmospheric gases repeats ad infinitum to create the adiabatic lapse rate/temperature profile of the entire troposphere. Radiative forcing from IR active gases is a bit player completely dominated by the thermodynamics of convection, evaporation, and the ideal gas law which are the real causes of the real ~33C greenhouse effect, not radiative forcing from greenhouse gases.

As demonstrated by a paper in Nature by Robinson & Catling, convection/adiabatic lapse rate controls the radiative-convective equilibrium and tropospheric temperature profile of all planets in our solar system with thick atmospheres. The troposphere ends at about ~10,000 km where the pressure = 0.1 bar, at which point the atmosphere is too thin to sustain convection, and radiative forcing from greenhouse gases takes over to cause cooling of the stratosphere and beyond to space.

Here's one of many such explanations recently published in the French magazine Contrepoints by French scientist Jacques Henry (Google translation from French):


Back to the confusion that has led to the misleading and erroneous interpretation of atmospheric balance subject to the gravitational field of the Earth.
By Jacques Henry 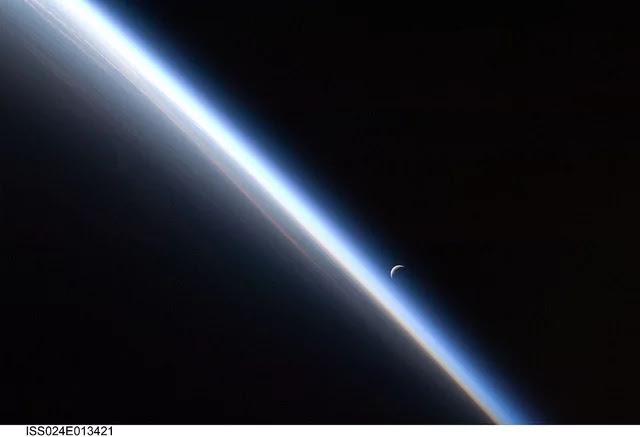 where U is the total energy, Cp the thermal capacity of the atmosphere (1004 J / kg / ° K for the dry air, wet air 1012 to a medium comprising 0.25% of water vapor), T the temperature of the portion of air column (in degrees Kelvin), g the acceleration due to gravity and h is the height or altitude. If this drift equation is obtained:

expressed in degrees K / km. We see the term g / Cp called "adiabatic lapse rate" which describes the balance between pressure and temperature of the atmosphere. This differential equation can be rearranged as follows:

Since g and Cp are positive physical quantities, we see immediately that the temperature distribution in the Earth's gravitational field, but it is valid for any planet equipped with a atmosphere decreases with altitude .
This equation can be solved well by introducing h "zero", the lower altitude at sea level or at the top of the Eiffel Tower for example T "zero", the temperature at this altitude:

And then there are easily ground temperature (h-zero = 0) by introducing into the calculation altitude 5 km to the isotherm at - 18 ° C corresponding to the radiative balance of the Earth system + atmosphere (as described by the Stefan-Boltzmann law):
t = - 6.5 (h - 5) - 18 = 32.5 to 18 = 14.5 degrees C, the 6.5 factor being the thermal capacity of the air loaded with water vapor. The average water vapor content of the atmosphere is of the order of 0.25%.
Note: These data are in any high school physics course and also there
There is a small detail to be to convince the skeptics who still have some courage to read this long post. If there were to be a greenhouse gas in our atmosphere, it would obviously steam for two reasons.
There has in the atmosphere more than 600 times more water vapor than carbon dioxide, it is still necessary factor 600 multiplied by 5, since the heat capacity of water is 4180 J / kg / ° K compared to that of CO2 is 840 joules / kg / ° K. We arrive at a factor of 3000 difference. So if there were to be a "greenhouse effect" on Earth due to water vapor, there is a long time since all the oceans would have evaporated into space [e.g. Hansen's "runaway-greenhouse" "tipping point" allegedly turning the Earth into Venus]... Carbon dioxide is wrongly accused!
Jacques Henry worked for many years as a researcher at the CNRS (Centre National de Recherche ScientifiqueI, the French. Partner of the Max Planck Society,  and as a consultant for the nuclear division of Electricité de France (EdF) and is now retired
Related:

Why can't radiation from a cold body make a hot body hotter?
Posted by MS at 11:30 AM