Birth rates are dropping all over the world, often below replacement rates. But not in the U.S.

Look around you. For most nations of the world, birth and fertility rates have never fallen so far, so fast, so long, so surprisingly, all across the globe. Except for America.
Seen globally, the population explosion—or what Stanford's Paul Ehrlich called "the population bomb" in the 1960s—is now stone-cold dead. The ramifications are enormous economically, geopolitically, culturally and personally. For one, the United States will become stronger than ever in the games nations play.
Every other major modern nation and every developing country has low or falling birth rates. Japan and Poland see 1.3 children per woman, Brazil and China 1.9, Pakistan 3.6 (down from 6.6 three decades ago). American fertility rates are relatively high, at nearly 2.1.
Having children is an affirmative act, so it's little surprise that surveys—Gallup, Harris and others—show Americans to be the most optimistic nation in the world. (Israel, too, is an optimistic nation with a sense of mission and high birth rates.)
Then there's the effect of immigration. According to the United Nations and the U.S. Census Bureau, the U.S. takes in more immigrants than the rest of the world combined. Think Albert Einstein, Madeleine Albright, Andy Grove, Albert Pujols, Sergei Brin, I.M. Pei or David Hockney.


Drive in the suburbs and exurbs of many major American cities and you will see McMansion homes with three, four or even five children—McPlenty—unheard of anywhere else. American couples can choose to have many children because the U.S. is one of the world's few suburban nations. In suburban settings, some affluent parents are deciding that for a decade or so raising a large family is more important than having two earners.
All this and more yields an America that is projected to have 400 million people in 2050, up from 310 million today and possibly on the way to 500 million by 2100. This may not quite play out—immigration from Mexico will likely fall as Mexican fertility drops off—but the trend lines are far stronger in the U.S. than elsewhere. 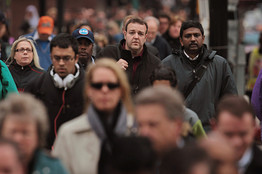 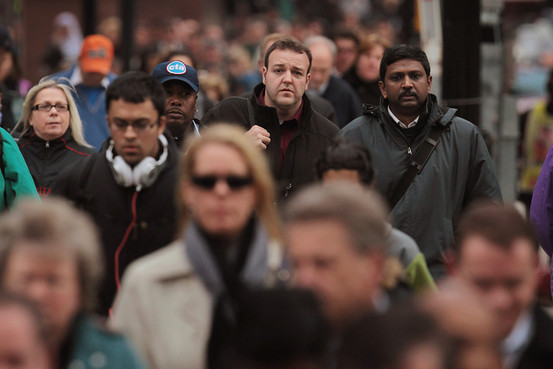 A hefty and growing population in America can yield power and influence.
According to one U.N. projection, the world population will fall to three billion or four billion by 2300 from seven billion today. That steep drop in birth rates includes rapidly developing countries such as India, China and Brazil, plus many Arab and Muslim countries. In these countries, birth rates will soon be, or already are, below "replacement levels"—meaning fewer than 2.1 children per woman, the number sufficient to "replace" both parents and account for those children who don't make it to reproductive age. Of developing countries, 33 of 155 have below-replacement rates today, and more are on the way.
Why is this so important to America? A hefty and growing population can yield power and influence. It's been a long time since a nation with a small population influenced how the world works—think the 16th-century Dutch and Portuguese.
Size also yields vast economies of scale. As population grows, through fertility and immigration, a healthy housing market is inevitable. It's either that or tens of millions of Americans sleeping on the streets. Bet on the boom.
There's corporate growth too, across industries. Imagine an American corporation, XYZ, that wants to start doing business in Thailand. Only in a polyglot nation like America can XYZ search out and find the adult children of Thai immigrants who know America inside and out but also know Thai customs and language.
Few if any nations have all these advantages. The demography in play guarantees that the 21st century, like the 20th, will be an "American Century."
Mr. Wattenberg, a senior fellow at the American Enterprise Institute and the Hudson Institute, is working on his 15th book, his third about population, from which this article is drawn.
Posted by MS at 8:37 AM