Renewable energy can't run the cloud [or much else]

Data centers now consume about 1.3% of all global electricity.

Before Facebook's recent initial public offering, the media obsessed over superlatives. It was the largest-ever IPO for a U.S. technology company. It was the third-largest in U.S. history. And now the obsession is over the company's lackluster revenue prospects and possible misconduct by investment bankers involved in the offering.
Missing here is any awareness of the enormous quantities of electricity Facebook and other data-intensive technology companies require. Those requirements expose a fundamental mismatch between the high-power-density world of Big Data and the low-density electricity production inherent in most renewable energy projects.
In documents filed with the Securities and Exchange Commission on Feb. 1, Facebook said that it stores more than 100 petabytes of information. (That's 100 million gigabytes.) Facebook spreads that gargantuan quantity of data among a handful of warehouse-size data centers filled with servers located in Virginia, California and Oregon. The company's new data center is a 300,000 square-foot facility in Prineville, Ore., that draws 28 megawatts, enough power for about 28,000 homes.
That's not unusual. The power needed by data centers has been a hot topic for more than a decade as local electricity grids have been forced to adapt to huge new loads. Google alone reports that it operates 11 data centers in six states and five foreign countries that require some 260 megawatts of power, enough for 260,000 homes. 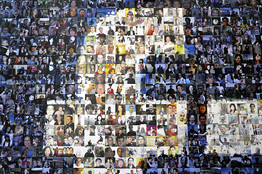 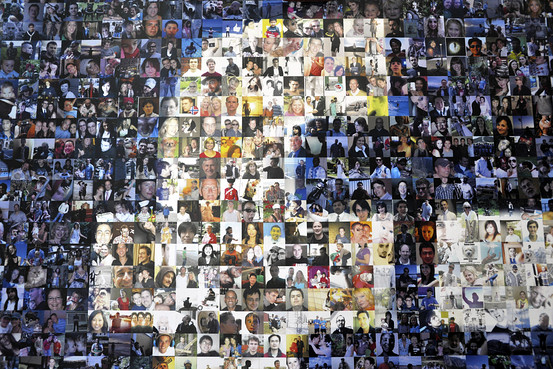 Getty Images
As more computing moves into the "cloud"—the network of data centers that deliver information and software to our mobile devices and computers—electricity use is soaring. Data centers now consume about 1.3% of all global electricity. That amount of energy, about 277 terawatt-hours per year, exceeds the electricity use of dozens of countries, including Australia and Mexico.
And that quantity of energy will continue to grow. Intel expects the number of devices connected to the Internet—ranging from smartphones to GPS-enabled locaters on shipping containers—to grow to 15 billion by 2015 from 2.5 billion today.


Last month, Greenpeace issued a report called "How Clean is Your Cloud?" The environmental group graded a series of technology companies, including Facebook, Apple, Dell, Amazon and others, on the percentage of what it calls "dirty energy" used by their data centers. Greenpeace—which, of course, has a Facebook page—gave the social-media company a "D" for what it calls "energy transparency." It is also claiming to have convinced Facebook to "unfriend" coal-fired electricity.
Never mind that 40% of all global electricity production comes from coal. Let's consider what the "clean energy" footprint of one of these big data centers might look like.
Apple has touted its plan to use solar energy to help run its massive new data center in Maiden, N.C. But in a recent blog post (perspectives.mvdirona.com) titled "I Love Solar Power But," James Hamilton, a vice president and engineer on Amazon's Web services team, calculated that the 500,000 square-foot facility would need about 6.5 square miles of solar panels.
He noted that setting aside that kind of space in densely populated regions, where many data centers are built, is "ridiculous" and would be particularly difficult because the land couldn't have any trees or structures that could cast shadows on the panels.
Wind? An average wind-energy project has an electricity-generating capacity of about two watts per square meter. Even assuming that a wind project produces electricity 100% of the time (it won't), Facebook's data center in Prineville would need a wind project covering about 14 million square meters, nearly 5.5 square miles, or about four times the size of New York City's Central Park.
The mismatch between the power demands of Big Data and the renewable-energy darlings of the moment are obvious. U.S. data centers are now consuming about 86 terawatt-hours of electricity per year, or about 43 times as much electricity as is produced by all the solar-energy projects in America.
"Clean energy" is a great friend for Facebook, Apple and every other energy consumer in America—as long as those consumers don't use much energy at all.
Mr. Bryce is a senior fellow at the Manhattan Institute. His latest book is "Power Hungry: The Myths of 'Green' Energy and the Real Fuels of the Future" (Public Affairs, 2010).
Posted by MS at 7:59 AM