Could conservative organizations that dispel the false alarm over man-made global warming and decry government waste on green-energy fiascos, such as The Heritage Foundation, The Heartland Institute, CFACT, and The Cato Institute, also be a target of harassment by Obama's Internal Revenue Service auditors?


The IRS Wants You

The scandal over politicized tax enforcement is growing.

WSJ.COM 5/13/13: President Obama famously joked in a college commencement address in 2009 that he could use the IRS to target political enemies but of course he never would. It appears that people at the Internal Revenue Service didn't think he was joking.
That's become clear since IRS Director of Exempt Organizations Lois Lerner admitted on Friday that the agency targeted conservatives for special tax-exempt scrutiny during the 2012 election season. The story has already blossomed into the latest abuse of government power, as documents show the IRS targeted tea party types and groups that specifically opposed the Obama Administration.
According to an appendix to a forthcoming Treasury Inspector General report obtained by the Journal, in June 2011 the IRS expanded its special attention to groups that met the following criteria:
"•'Tea Party,' 'Patriots,' or '9/12 Project' is referenced in the case file.
• Issues include Government spending, Government debt, or taxes.
• Education of the public via advocacy/lobbying to 'make America a better place to live.'
• Statements in the case file that criticize "how the country is being run."
Good to know our T-men are chasing down those nefarious folks who want to "make America a better place to live." 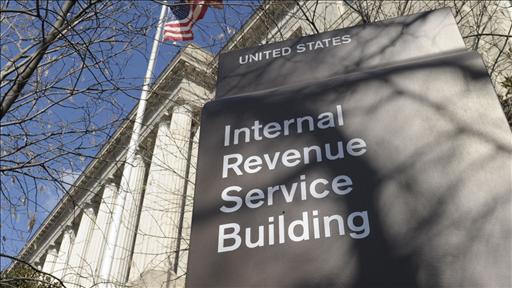 Editorial board member Steve Moore on the widening IRS harassment scandal, and emerging concerns over the agency's role in enforcing ObamaCare. Photo: Associated Press
We've also learned that IRS officials knew about this earlier than they have let on. News reports suggest that Ms. Lerner knew about the targeting of conservatives in June 2011, and perhaps as early as 2010. That's a long time before IRS Commissioner Douglas Shulman flatly denied any political targeting when he testified at a House Ways and Means subcommittee hearing in March 2012.
IRS officials are still claiming that the questions weren't meant to intimidate these groups. But the evidence that the inquiries were political is already voluminous.
The IRS sent questionnaires to conservative groups that included requests for everything from the resumes of directors past and present to whether an employee or employee family member had plans to run for public office. Cincinnati Tea Party founder Justin Binik-Thomas wrote in the Washington Examiner recently that one nonprofit received a questionnaire that demanded that it "Provide details regarding your relationship with Justin Binik-Thomas."
According to the American Center for Law and Justice, which represents some of the IRS targets, the IRS letters did not come only from the Cincinnati office (as Ms. Lerner implied on Friday), but also from IRS offices in Laguna Niguel and El Monte in California as well as from Washington D.C. In addition to intrusive questionnaires, the groups were subjected to unusual delays in obtaining tax-exempt status. Of the law center's 27 clients, 15 were approved, two withdrew out of frustration and 10 are still pending.
Some Democrats took to the airwaves on the weekend to suggest that while the IRS shouldn't have been targeting conservatives, no one was harmed. Former senior White House official and chief Obama politico David Plouffe tweeted that what the IRS did was "dumb and wrong," but that it was "Impt to note GOP groups flourished last 2 elections, overwhelming Ds. And they will use this to raise more $." In Mr. Plouffe's moral universe, all that matters is partisan advantage rather than the apolitical tax enforcement Americans expect of their government. 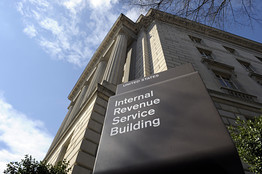 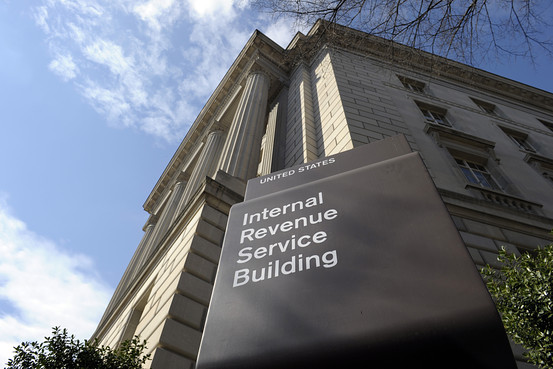 
The harm is in fact real, if hard to measure precisely, because any missive from the IRS is enough to chill political spending and speech. Answering the IRS questionnaires can take hundreds of hours. The Jefferson Area Tea Party dropped its plan to register as a 501(c)(4) to avoid the atmosphere of intimidation.
"Why raise your hand to draw attention to yourself or give them ammunition against you when you don't have to?" spokesman Carol Thorpe told the Charlottesville Daily Progress. Who knows how many others decided to sit out the 2012 campaign?
Asked about the IRS news on Monday, Mr. Obama said that "if in fact IRS personnel" targeted conservatives, that would be "outrageous" and those responsible would be held "accountable." That's nice to hear, but he was making conditional what the IRS has already admitted, which is not as bad as what we are learning it really did.
Our Kimberley Strassel reported last year that Idaho businessman and Mitt Romney donor Frank VanderSloot was first maligned publicly by an Obama campaign website as disreputable, and then was mysteriously targeted by the IRS and the Labor Department for audits. The press corps ignored that ugly coincidence and no one to our knowledge was punished.
Meanwhile, the National Organization for Marriage charged Monday that someone at the IRS leaked its confidential tax data to a gay rights advocacy group, the Human Rights Campaign. In March 2012 the Huffington Post published the names of donors to the pro-marriage group contained in IRS Form 990 Schedule B from 2008. The Human Rights Campaign says it obtained the return from a "whistleblower," but leaking confidential tax information is a crime.
In other words, there is a pattern here. Oppose the Obama Administration or liberal priorities, and you too can become an IRS target. We're glad to see Congress mobilizing in response, including hearing plans by Senate Finance Chairman Max Baucus and the House Ways and Means Committee that asked the IRS about this in 2012 and received denials. The subpoenas need to fly as thick as those IRS questionnaires.
Posted by MS at 7:51 PM