Arnold Schwarzenegger, aka Conan the Barbarian, has "issued forth a call to end the false debate over climate science." Sure Arnold, it's a "false" debate, about which the Professor and Chair of the School of Earth and Atmospheric Sciences at the Georgia Institute of Technology, Dr. Judith Currie, just stated on her site,  "If climate scientists can’t convince... people who are looking at the arguments carefully, reading the primary literature, and analyzing data,  then it seems to me that the arguments can’t be that strong (or the confidence levels can’t be that high).  This just isn’t an issue of “communication.” Sure Arnold, it's a "false" debate, about which climate scientist Dr. Roy Spencer recently stated, "[climate scientists] have let their worldviews, their politics, their economic understanding (or lack thereof) affect their scientific judgment. I am ashamed for our scientific discipline and embarrassed by their behavior."

Schwarzenegger: It's Time to Terminate Skepticism on Climate Change

WASHINGTON, D.C. 3/1/11 — In a room full of scientists, and with a slate of Nobel Prize winners and bureaucrats scheduled to speak, it took a movie star to demand that everyone stop playing make-believe. Giving the keynote address at the APRA-E Energy Innovation Summit here today (March 1), Arnold Schwarzenegger issued forth a call to end the false debate over climate science, to stop assuming China will provide new green tech cheaper and faster than the United States, and to stop pretending that global warming won't affect people for decades.

Using analogies to leverage every aspect of his history, Schwarzenegger made the case that transitioning to a green economy, fixing the environment and ending political stalemate over carbon legislation fell well within the power of today's technology and today's political climate. 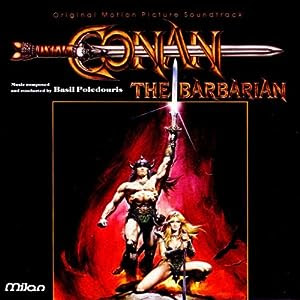 Cover of Conan the BarbarianThe former governor and action-firm superstar compared the current debate over climate change to the state of bodybuilding when he entered that sport in the late 1960s. A pervasive fear of weightlifting's effects led celebrities to disavow their own exercise routines, and produced euphemisms when discussing the activity. However, scientific evidence eventually came to support the health benefits of weightlifting, and today talk about abs and pecs is common. Confident in having brought weightlifting to the mainstream, Schwarzenegger told the audience he hopes to do the same for climate science.
Schwarzenegger also linked a future green economy to the current unrest in the Mideast, both literally and figuratively. He suggested that the overthrow of foreign dictators seemed impossible a month ago but now seems inevitable. Similarly, he believes that defeatism about the ability of a green revolution to change America will soon look absurd as well.

More directly, the former California governor also pointed to the recent volatility in oil prices resulting from Middle Eastern revolutions as a perfect example of why the U.S. needs to wean itself off foreign oil.

"Why should a dried-up desert country with a crazy dictator like Libya play havoc with America's energy future?" said Schwarzenegger.

In a closing point that struck the deepest chord with the audience, the erstwhile Terminator, who first made his mark in action films as Conan the Barbarian, identified the ARPA-E attendees as the primary agents for the change he advocated.

"I've made a lot of action movies in the past, so I know about action. And you are the true people of action," Schwarzenegger said. "Conan was asked, 'What is best in life?' He answered, 'To crush your enemies, see them driven before you, and to hear the lamentations of the women.' Now, my views have evolved since. But my point is that Conan was not big on philosophy or navel-gazing. He was big on action, just like you."