The Triumph of Tony Abbott

Once derided as unelectable, Mr. Abbott made his convictions into an asset.

WSJ.COM 9/8/13: According to the conventional wisdom of just a few years ago, Tony Abbott should never have become prime minister of Australia. The doyens of the press gallery had marked him as a right-wing throwback to a bygone era.
After all, Mr. Abbott is skeptical about alarmist claims of man-made global warming. He is a former Catholic seminarian who opposes abortion and same-sex marriage. His gaffes—he recently said a female parliamentary candidate had "sex appeal"—have provided fodder for left-leaning satirists. He is an Anglophile, a former Oxford boxing blue and an unashamed constitutional monarchist who sides with America in the world. 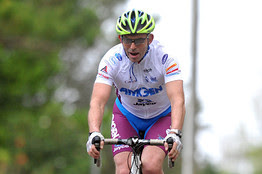 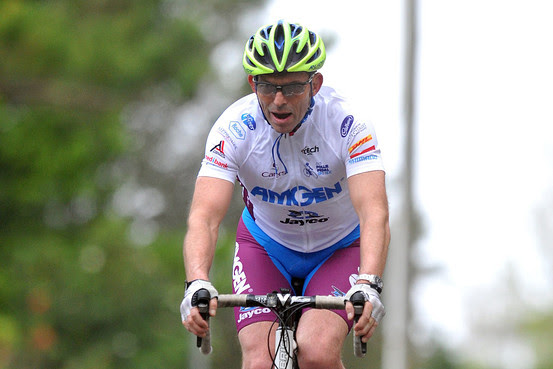 European Pressphoto Agency
Tony Abbott takes a victory lap Sunday morning.
Yet for all his evident shortcomings, Mr. Abbott led his center-right Liberal-National coalition to a resounding victory at the weekend, handing the Australian Labor Party one of its biggest defeats. How did this political outcast win power down under? And is he a role model for conservatives around the world?
To understand the momentousness of this weekend's election outcome, let's recall how the Liberals wandered in the political wilderness after Kevin Rudd took power in 2007. The consensus then was that he would consign conservatives to opposition for a generation, much as American pundits predicted Barack Obama's victory in 2008 would mark a liberal realignment of the U.S. political landscape.
In response, the Liberal leader Malcolm Turnbull and other so-called moderates within the party jettisoned policies of the conservative era of Prime Minister John Howard from 1996 to 2007, believing the way forward was to ape the Rudd agenda. So they agreed to reverse pro-market labor laws that made it easier for business to hire and fire. Apologies and feel-good pronouncements were offered to indigenous Australians for past western sins. They grew more relaxed about illegal immigration and people-smuggling rackets that had virtually ended under Mr. Howard.
And crucially, the opposition's leaders embraced the global warming agenda. As if to demonstrate the liberal Liberals' fitness for government, they endorsed Mr. Rudd's signature legislation, a cap-and-trade emissions trading scheme. The result was that the governing Labor party held commanding double-digit leads over its conservative opponents.
But Labor's Indian summer came to an end, and what changed the political climate was climate change.
For two years, the global warming debate had been conducted in a heretic-hunting and illiberal environment. It was deemed blasphemy for anyone to dare question not only the climate science but the policy consensus to decarbonize the economy. Mr. Rudd even claimed that climate change was the "great moral challenge" of our time and even denounced critics of cap and trade as "deniers" and "conspiracy theorists." The hapless Liberals led by Mr. Turnbull—an Oz version of Mitt Romney—were in the deepest political valley.
Mr. Abbott, then widely written off as a remnant of the Howard era, decided to challenge the media-political zeitgeist. Cap and trade, he argued, merely amounted to economic pain for no environmental gain, especially for a nation that accounted for only 1.4% of greenhouse gas emissions. He contested the Liberal party leadership, winning by a single vote.
Like Margaret Thatcher's victory in the U.K. Conservative party leadership ballot and Ronald Reagan's nomination as the Republican presidential candidate in 1980, this delighted the left. They considered him too divisive and—gasp!—conservative to be electable. According to one distinguished intellectual, under Mr. Abbott's leadership the Liberals would become "a down-market protest party of angry old men and the outer suburbs."
Then along came the failed 2009 Copenhagen summit, which exposed the Rudd agenda as a sham. When the rest of the world refused to endorse the climate enthusiasts' fanciful notions for slashing carbon emissions, Mr. Rudd imploded. Mr. Abbott seized the moment and highlighted the higher energy costs created by Labor's emissions trading scheme.
Almost overnight, Mr. Rudd's stratospheric poll figures cratered. Facing a changing (political) climate, he ditched the emissions trading scheme, his government's key-note legislation.
Labor factional warlords panicked, knifed Mr. Rudd in an internal party coup and installed Julia Gillard as prime minister. Undeterred, Mr. Abbott continued his relentless attacks on other key issues of principle and policy.
He opposed Canberra's big-spending and interventionist agenda, which had turned a $20 billion surplus under the previous conservative government to skyrocketing debt and deficits; while he supported tough border protection, which had traditionally helped boost public confidence in large-scale and legal immigration. By refusing to buckle in his opposition to Labor's increasingly antibusiness agenda, he set the scene for his electoral success at the weekend.
To be sure, despite his vaunted commitment to reducing the size and scope of government, Mr. Abbott is hardly the second coming of Milton Friedman. His plan for an expensive paid paternal leave program, for instance, suggests a social-engineering streak. But the point here is that he is cut from an entirely different cloth than his opponents both inside and outside his own party.
One reason Mr. Abbott scored an emphatic victory is that he convinced voters that conservatives would not be profligate with tax dollars. It remains to be seen what Mr Abbott does in office, but the formula worked at a time when the conventional wisdom said he was unelectable.
The upshot here is that Mr. Abbott did the very thing so many U.S. Republicans and British Tories have shied away from in recent years: He had the courage to broaden the appeal of a conservative agenda rather than copy the policies of his opponents. As a result, Australians enjoyed a real choice at the polls this weekend. Mr. Abbott's resounding victory shows that they relished this opportunity to chart a more free-market course.
Mr. Switzer is editor of the Spectator Australia in Sydney.
Posted by MS at 11:28 AM