Jenkins: Our 'Hottest Year' and

Its moment has come, but the global warming lobby

is too discredited to seize it.

WSJ.COM  1/12/13: When the president says "my dog has no nose," trust the media to fashion an accurate restatement of his statement, something along the lines of "the president said today his dog has no nose."
When the National Oceanic and Atmospheric Administration says 2012 was the hottest year on record in the "contiguous United States," trust the media to transcribe the statement accurately. A disaster for public understanding begins only when the media stop transcribing and start using their own brains. 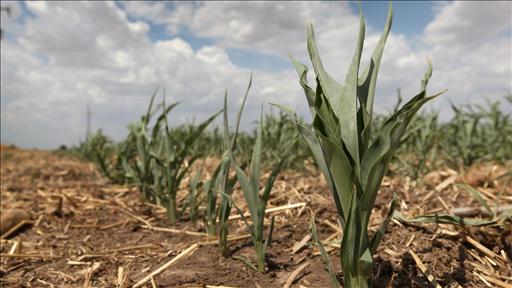 WSJ Europe editorial writer Anne Jolis on what conclusions to draw from a report that indicates 2012 was the warmest year on record in the U.S. Photos: Getty Images
Said the New York Times climate blog, in an assertion that was echoed throughout the media: "The temperature differences between years are usually measured in fractions of a degree, but 2012 blew away the previous record, set in 1998, by a full degree Fahrenheit."
Really? If that were true, then hair-on-fire news should have been the fact that 2012 was 2.13 degrees hotter than 2011. That's a far more dramatic change, and in a single year.
Nor was it mentioned that 2008, in the contiguous U.S., was two degrees cooler than 2006. Or that 2000, 2002, 2003, 2004, 2008, 2009, 2010 and 2011 were all cooler than 1998 by a larger margin than 2012 was hotter than 1998.
Are you getting the picture? None of this was mentioned because it makes a mockery of using trends in the Lower 48 as a proxy for global warming, the misguided intent that permeated media coverage of the NOAA revelation.
The contiguous United States isn't the globe. It isn't even the United States, omitting Alaska and Hawaii. The Lower 48 represent just 1.58% of the total surface area of the Earth. The law of large numbers is at work here: The smaller the sample, the more volatile its patterns compared to a larger sample. And the fact remains, in all the authoritative studies, the warmest year on record globally is still 1998 and no trend has been apparent globally since then.
Until this week, the media's previous favorite way to evade this reality was to report, as a joint CBS/New York Times broadcast did on a recent Sunday morning, that the past decade was the "hottest decade ever recorded." 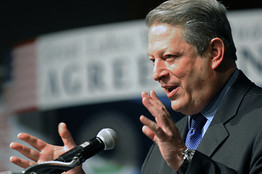 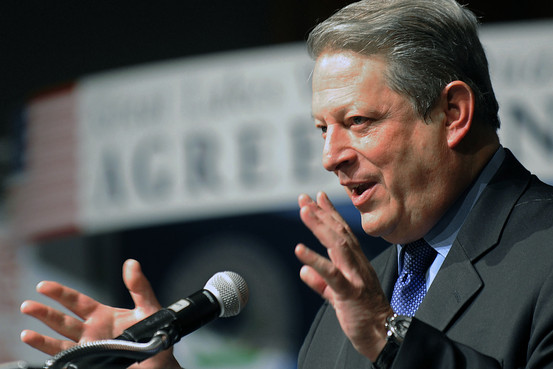 Associated Press
Former Vice President Al Gore
Uh huh. Because year-to-year changes in global (as opposed to contiguous U.S.) temperature are indeed teensy, it would be astonishing if the decade following the warmest year on record were not the warmest decade on record. But the appeal of this formulation is that it allows the media to talk about global warming in our time without mentioning that, ahem, global warming has ceased in our time.
Is climate warming getting ready to resume? Possibly. Is man's contribution to climate change significant and worth worrying about? Possibly. But climate change and gun control have one thing in common. Their advocates are more interested in asserting their moral superiority and denouncing their "enemies" than in making progress, which explains why there has been no progress.
Al Gore is a perfect case in point. He unburdened himself of a remarkable self-delusion in a talk last month to the New York League of Conservation Voters, claiming a nefarious cabal of "carbon polluters" and "ideologues" in Congress were blocking change.
In fact, the oil industry and most industry long ago threw in the towel, seeing no point in contending against the overwhelming media, political and elite consensus in favor of man-made warming, especially as it became clear that voter self-interest would nevertheless remain an insurmountable barrier to costly energy policies aimed at influencing climate change.
Mr. Gore must continue to flog the image of himself as a lonely voice battling a sinister conspiracy to account, frankly, for his own policy failure. Yet had he and his fellow activists been less sanctimonious, less prone to self-discrediting hysteria and false assertions about global warming, their cause might be seizing the high ground right now.
Tax reform is on the nation's agenda. An intelligent contingent of the environmental community once had a bright idea to overcome the biggest barrier to climate action (a barrier that many greens resolutely ignore), namely the problem of costs and benefits. Their idea, known as the "double dividend," proposed a carbon tax to change energy-use patterns while the proceeds would be used to reduce taxes on labor and capital and encourage economic growth.
The appeal of this proposal was its realism—to recognize that nagging uncertainties exist concerning climate change and man's role, yet here was a policy that politicians and voters could support out of self-interest rather than sackcloth and ashes. And, for once, environmentalists would not be seen as wanting everyone to be poorer.
This idea might seem especially ripe now that we want tax reform simultaneously to grow the economy and help pay for the welfare state. Yet advocates of a carbon tax are all but invisible in the debate. Mr. Gore and his allies wore out their welcome with their exaggerations, their self-righteousness, and their perfectly foolish insistence (like the gun controllers) that a plurality of voters could be morally bullied into giving up their self-interest if chastised long and loudly enough by Mr. Gore.
Politically, this worked as well as you might expect: Tax reform is on the agenda for the first time in a generation and the greens have mouthed themselves out of contention.
Posted by MS at 5:30 PM