A Wall Street Journal editorial today by Bjorn Lomborg, author of The Skeptical Environmentalist, notes the "fear-mongering exaggeration about effects of global warming" by President Obama "distracts us from finding affordable and effective energy alternatives." Mr. Lomborg demonstrates "the three horsemen of the climate apocalypse that Mr. Obama mentioned" in his inaugural speech, including the "devastating impact of raging fires, and crippling drought, and more powerful storms" have no basis in science.

By BJORN LOMBORG WSJ.COM 1/24/13
In his second inaugural address on Monday, President Obama laudably promised to "respond to the threat of climate change." Unfortunately, when the president described the urgent nature of the threat—the "devastating impact of raging fires, and crippling drought, and more powerful storms"—the scary examples suggested that he is contemplating poor policies that don't point to any real, let alone smart, solutions. Global warming is a problem that needs fixing, but exaggeration doesn't help, and it often distracts us from simple, cheaper and smarter solutions.

For starters, let's address the three horsemen of the climate apocalypse that Mr. Obama mentioned.

Historical analysis of wildfires around the world shows that since 1950 their numbers have decreased globally by 15%. Estimates published in the Proceedings of the National Academy of Sciences show that even with global warming proceeding uninterrupted, the level of wildfires will continue to decline until around midcentury and won't resume on the level of 1950—the worst for fire—before the end of the century. 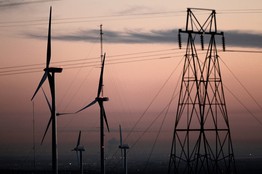 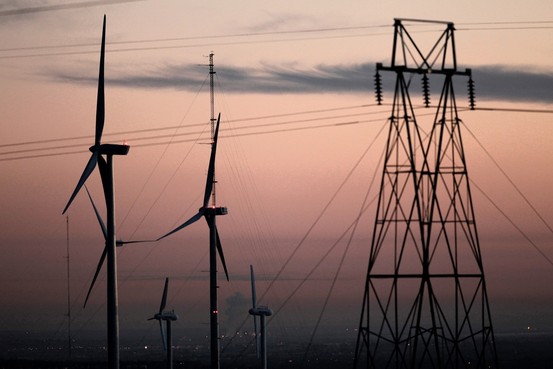 Claiming that droughts are a consequence of global warming is also wrong. The world has not seen a general increase in drought. A study published in Nature in November shows globally that "there has been little change in drought over the past 60 years." The U.N. Climate Panel in 2012 concluded: "Some regions of the world have experienced more intense and longer droughts, in particular in southern Europe and West Africa, but in some regions droughts have become less frequent, less intense, or shorter, for example, in central North America and northwestern Australia."

As for one of the favorites of alarmism, hurricanes in recent years don't indicate that storms are getting worse. Measured by total energy (Accumulated Cyclone Energy), hurricane activity is at a low not encountered since the 1970s. The U.S. is currently experiencing the longest absence of severe landfall hurricanes in over a century—the last Category 3 or stronger storm was Wilma, more than seven years ago.

While it is likely that we will see somewhat stronger (but fewer) storms as climate change continues, the recent Nature study shows that the global damage cost from hurricanes will go to 0.02% of gross domestic product annually in 2100 from 0.04% today—a drop of 50%, despite global warming.

This does not mean that climate change isn't an issue. It means that exaggerating the threat concentrates resources in the wrong areas. Consider hurricanes (though similar points hold for wildfire and drought). If the aim is to reduce storm damage, then first focus on resilience—better building codes and better enforcement of those codes. Ending subsidies for hurricane insurance to discourage building in vulnerable zones would also help, as would investing in better infrastructure (from stronger levees to higher-capacity sewers).

These solutions are quick and comparatively cheap. Most important, they would diminish future hurricane damage, whether climate-induced or not. Had New York and New Jersey focused resources on building sea walls and adding storm doors to the subway system and making simple fixes like porous pavements, Hurricane Sandy would have caused much less damage.

In the long run, the world needs to cut carbon dioxide because it causes global warming. But if the main effort to cut emissions is through subsidies for chic renewables like wind and solar power, virtually no good will be achieved—at very high cost. The cost of climate policies just for the European Union—intended to reduce emissions by 2020 to 20% below 1990 levels—are estimated at about $250 billion annually. And the benefits, when estimated using a standard climate model, will reduce temperature only by an immeasurable one-tenth of a degree Fahrenheit by the end of the century.

Even in 2035, with the most optimistic scenario, the International Energy Agency estimates that just 2.4% of the world's energy will come from wind and only 1% from solar. As is the case today, almost 80% will still come from fossil fuels. As long as green energy is more expensive than fossil fuels, growing consumer markets like those in China and India will continue to use them, despite what well-meaning but broke Westerners try to do.

Instead of pouring money into subsidies and direct production support of existing, inefficient green energy, President Obama should focus on dramatically ramping up investments into the research and development of green energy. Put another way, it is the difference between supporting an inexpensive researcher who will discover more efficient, future solar panels—and supporting a Solyndra at great expense to produce lots of inefficient, present-technology solar panels.

When innovation eventually makes green energy cheaper, everyone will implement it, including the Chinese. Such a policy would likely do 500 times more good per dollar invested than current subsidy schemes. But first let's drop the fear-mongering exaggeration—and then focus on innovation.
Mr. Lomborg, director of the Copenhagen Consensus Center in Washington, D.C., is the author of "The Skeptical Environmentalist" (Cambridge Press, 2001) and "Cool It" (Knopf, 2007).
Posted by MS at 5:38 PM