Ron Binz calls it a 'dead end' technology, and he'll try to make it so.

WSJ.COM 9/13/13: The oil and gas fracking boom increased household disposable income by $1,200 last year as lower energy costs flowed to consumers, according to a new study from IHS Global Insight. So Americans may want to know that President Obama's nominee to chair the Federal Energy Regulatory Commission (FERC) thinks natural gas is a "dead end."


That nominee is Ron Binz, and in March 2013 he spoke at an Edison Foundation panel on utilities and green technologies. To fight global warming, he argued, government must adopt a "new regulatory model, because that's where it's going to start."


Duke Energy CEO Jim Rogers challenged him by noting that the 2009 Pelosi cap-and-trade bill hadn't passed, yet utilities have since cut carbon emissions sharply by switching to natural gas from coal. This shift is "an incredible example" of how "policy didn't get done, but at the end of the day technology produced the result. You seem to believe that this transition will only happen if it's driven by policy," Mr. Rogers asked.
"Well, natural gas is a good example," Mr. Binz replied, meaning of his policy preferences. "It's been called for many years a transition fuel. The industry has sort of jettisoned that label lately. It seems to be a permanent fuel. On a carbon basis you hit the wall in 2035 or so with gas. I mean, you do." 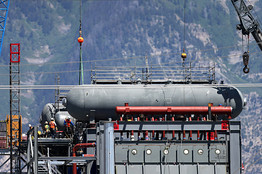 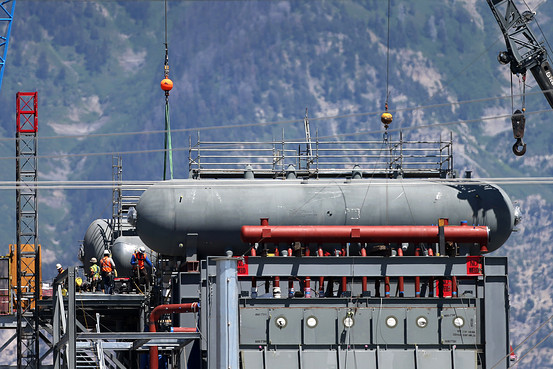 
Mr. Binz said switching to gas might be "a good move" for the interim, "but we also need to understand that without CCS, without carbon capture and storage, I think that's a dead end, a relative dead end—it won't dead end until 2035 or so. But that's when we need to do better on carbon than even natural gas will allow us to do under current assumptions."
So there it is: Natural gas is a dead end not because there will be too little gas but because by 2035 it won't reduce carbon emissions as much as Mr. Binz wants.
Naturally, Mr. Binz's alternatives to gas are green "renewables" like wind and solar. Or so he said at a November 2012 forum at the University of Denver, citing research from the federal National Renewable Energy Laboratory. The 2012 study does show that the 80% scenario is theoretically possible, but only if the assumptions are wildly unrealistic. The lab assumes that gas as a share of the U.S. power mix could plunge to 3% by 2050 from 16% in 2010, and coal to 9% from 51%. Wind will climb to 39% from 2%, and solar from 0.01% to 7%.


Mr. Binz wants to make that happen, and don't worry about the costs of the transition. He said that this "renewable energy future was no more costly, or in the realm of the same cost, as any other clean technology. In other words, if you accept that we're going to have to make these reductions in carbon and in other criteria pollutants, renewables are not going to be more expensive as a total package than other proposals such as nuclear, such as carbon sequestration from coal and natural gas."
Note those words "we're going to have to make these reductions in carbon." This is a man whose overriding policy motivation is making carbon more expensive so it can be phased out of the U.S. economy.
In Denver, Mr. Binz also instructed the audience that "We're coming off an election where one of the themes was, we're all in this together. And I think that is the kind of message that needs to be stressed. One utility's exhalation of carbon dioxide is everybody's problem.


"This is not a situation where it's okay to be with a clean utility and it's okay to let other customers go their own way, because there's a commonality here. I think we need to keep preaching that. We have a bias toward individualism in this country, which can work for great things, but it can also at times prevent us from doing societal things, and there's really no substitute for doing that right now."
Such thinking ought to scare the daylights out of Senators from fossil-fuel states because it shows how Mr. Binz will operate at FERC. The supposedly independent agency oversees much of the gas business—from pipelines to export terminals to trading markets. It also has a narrow role to ensure that electricity is affordable and reliable, which Mr. Binz interprets to mean a mandate for whatever his carbon-free paradise requires.
Senators should also pay attention because Mr. Binz words are a rare public admission of what the green left really thinks about natural gas. Liberals loved gas when it was scarce and expensive. But now that it is abundant and cheap, gas poses a threat to the dream of an economy run solely on mandated renewables. So the strategy is to use regulation to slowly make natural gas more expensive again.
That will be Mr. Binz's job at FERC. In Denver he mused about the reasons some states use more renewables than others and "the answer I think to my own question is it's policy, it's regulation, it's industry structure and it's incentives we provide for this. It's not physics, it's not chemistry, it's not even the electric grid. It's what we decide we want."
By "we" he means Mr. Obama and himself.
Posted by MS at 8:00 PM