WSJ Op-Ed: The U.N. IPCC is unreformable and its latest political science report should be its last

The Political Science of Global Warming

The U.N.'s latest climate-change report should be its last.

WSJ.COM 9/30/13: "Human influence extremely likely to be the dominant cause of observed warming since the middle of the last century," was the headline from Friday's release of the first instalment of the Intergovernmental Panel on Climate Change's fifth assessment report. "Extremely likely"—indicating a 95%-100% likelihood—was ratcheted up one notch from the 2007 fourth assessment report's "very likely." Yet compared to 2007, the IPCC widened its estimate of the responsiveness of the climate system to carbon dioxide by reducing the lower band to a 1.5°C increase from 2°C, qualifying the new estimate as only "likely."
This is a glaring discrepancy. How can the IPCC be more confident that more than half the temperature rise since the mid-20th century is caused by greenhouse-gas emissions when it is less sure of the climatic impact of carbon dioxide? The explanation is that IPCC reports, especially the summaries for policymakers, are primarily designed for political consumption. And as if on cue, British Prime Minister David Cameron commented on the IPCC report, "If someone said there is a 95% chance that your house might burn down, even if you are in the 5% that doesn't agree with it, you still take out the insurance."
But poke beneath the surface of the IPCC's latest offering and the confection is revealed for what it is. The IPCC's quantification of the separate components of the warming since 1951 (greenhouse gases, cooling from aerosols, internal variability) is deemed only "likely" (66%-100% likelihood). Only at the IPCC could the sum of these components be given a greater likelihood than the individual building blocks. Perhaps the most revealing aspect is that none of the climate scientists involved seems embarrassed at this nonsense or protests at the manipulation of science for political ends.
This time around, the greatest difficulty faced by the IPCC was explaining the ongoing 15-year pause in atmospheric temperature increases. The body estimates that between 2011 and 2005, there has been a 43% rise in human-induced radiative forcing—the difference between solar radiation entering the atmosphere and infrared radiation leaving the atmosphere, whose balance is supposedly greatly disturbed by heat-trapping man-made emissions. But there has been little warming for 15 years. 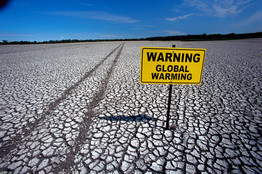 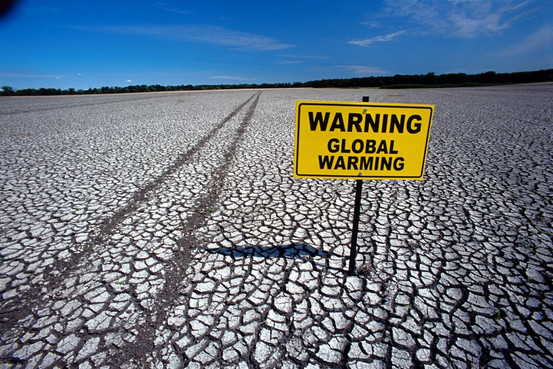 © Dave Reede/First Light/Corbis
Other than saying that short periods do not reflect long-term trends, the IPCC ducked out of a dilemma of its own making. One lead author, Jochem Marotzke, explained to reporters that the issue had come a bit late in the process. There was a tendency for each of the 14 teams to think someone else was working on it. Thomas Stocker, the working-group co-chair, said that the IPCC relies on peer-reviewed journal articles. "I'm afraid to say there is not a lot of published literature that allows us to delve deeper into the required depth of this emerging scientific question," Mr. Stocker said, as quoted by the Christian Science Monitor. Is it plausible to believe that if the story had been temperatures rising faster than expected, the IPCC and climate journals would have remained silent? Evidently nature has embarrassed the climate-science consensus.
If climate scientists are really as confident in their understanding of the climate as the IPCC's 95% confidence headline figure is meant to suggest, they would put a firm date by when the pause must end and temperatures bounce back to what the IPCC claims is the long-term upward trend. All too predictably, the IPCC avoids such a hard-edged test. It merely projects a likely temperature rise of 0.3°-0.7°C for 2012-2035 compared to 1986-2005, offered with "medium confidence."
A better indicator of the evolution of what climate scientists really think can be found elsewhere. In the IPCC's first assessment report of 1990, there was discussion of scientists' then-inability to reliably detect predicted signals of global warming. The second report, in 1995, said the "signal" was still emerging from the noise of background variability. Have climate scientists at last unambiguously detected the greenhouse signal? The word is not mentioned once in the summary of the 2013 report.
Ever since the second assessment, controversy has surrounded these reports. It first erupted on these pages in 1996, when Frederick Seitz charged that he had "never witnessed a more disturbing corruption of the peer-review process." An official in the U.S. State Department had ordered text to be amended "in an appropriate manner." Justifying the intervention, Stephen Schneider, a leading IPCC climate scientist, argued that the Second Assessment Report was "fraught with political significance" as the Clinton administration was on the verge of announcing its acceptance of binding emissions cuts.
Politicization is thus an ingrained feature of IPCC reports. After the fiasco of the 2007 assessment, the U.N. secretary general asked the InterAcademy Council to review IPCC processes and practices. The committee, chaired by Princeton economist Harold Shapiro, observed that government representatives and scientists meet to agree the final wording of the summary for policymakers line by line "for clarity of message" and to get government "buy-in." Perhaps that's being polite. The real question is who is buying whom.
The committee recommended changes in IPCC governance, which were mostly ignored, and specifically recommended that the IPCC not use the quantitative probability scale that it re-used last week, as in the IPCC's 95% probability headline. The body's flagrant disregard for the InterAcademy Council's findings and its reluctance to address the 15-year warming pause are symptomatic of a failure of leadership. The conclusion is unavoidable: The IPCC is unreformable and the Fifth Assessment Report should be the IPCC's last.
Mr. Darwall is the author of "The Age of Global Warming: A History," (Quartet, 2013).
Posted by MS at 12:58 PM