WSJ: One lesson of the IPCC report is it's time for policy caution; the climate models may need remodeling

A U.N. report can't explain the hiatus in global warming.

WSJ.COM 9/30/13: Between 1998 and 2012 the global economy more than doubled in size—to some $71 trillion in GDP from $30 trillion. That's the good news. Over the same period the world pumped more than 100 billion tons of carbon dioxide into the atmosphere. That is supposedly the bad news. Yet global surface temperatures have remained essentially flat. That's the mystery: If emitting CO2 into the atmosphere causes global warming, why hasn't the globe been warming?


That's the question we would have liked to see answered by the U.N. Intergovernmental Panel on Climate Change (IPCC), which Friday published the summary of its fifth report on what co-chairman Thomas Stocker calls "the greatest challenge of our times." It would have also been nice to see some humility from the IPCC, which since its last report in 2007 has seen some of its leading scientists exposed as bullies, and some of its most eye-catching predictions debunked. (Remember the vanishing Himalayan glaciers?)


No such luck. "Warming of the climate system is unequivocal," insists the report in its first bold-face conclusion, followed by the claim that "each of the last three decades has been successively warmer at the Earth's surface than any preceding decade since 1850." What follows are warnings of shrinking ice sheets, rapidly rising sea levels and other scary events.


So what about the warming that hasn't been happening since 1998? Here's the key paragraph, buried on page 10: "The observed reduction in surface warming trend over the period 1998-2012 as compared to the period 1951-2012, is due in roughly equal measure to a reduced trend in radiative forcing and a cooling contribution from internal variability, which includes a possible redistribution of heat within the ocean." 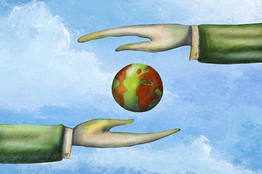 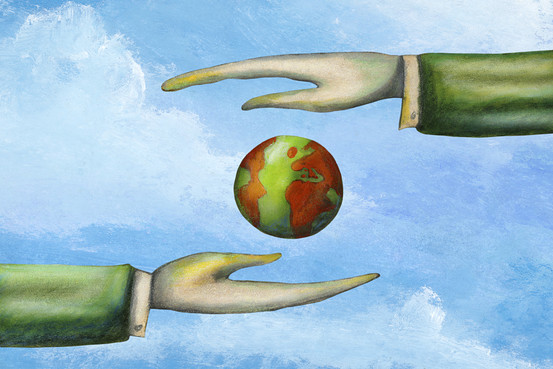 
After noting that scientists have only low or medium confidence in various theories for this reduced warming trend, the report adds that "there may also be a contribution from forcing inadequacies and, in some models, an overestimate of the response to increasing greenhouse gas and other anthropogenic forcing." (Our emphasis.)


Translation: Temperatures have been flat for 15 years, nobody can properly explain it (though there are some theories), and the IPCC doesn't want to spend much time doing so because it is politically inconvenient and shows that the computer models on which all climate-change predictions depend remain unreliable.


Though the IPCC doesn't admit it, the real lesson of its report is uncertainty. Droughts and hurricanes? Contrary to Al Gore's hype, the report acknowledges there's little evidence to suggest that climate change caused by man has had much to do with the duration of droughts or the intensity of hurricanes, although it might in the far future.


It's also hard to take any of this as gospel when the IPCC's climate models haven't been able to predict past warming. As Canadian economist and longtime climate student Ross McKitrick points out, IPCC models based on CO2 emissions predicted that temperatures should have risen between 0.2 and 0.9 degrees Celsius since 1990. Instead they have increased by about 0.1 degrees.


One lesson of the IPCC report is that now is the time for policy caution. Let's see if the nonwarming trend continues, in which case the climate models will need remodeling. But that's far less costly than trying to undo grand global redistribution schemes like carbon cap and trade.


The other lesson is that amid such uncertainty the best insurance against adverse climate risks is robust economic growth. The wealthier the world is in 50 or 100 years, the more resources and technology it will have to cope if the worst predictions come true. But that requires free-market, pro-growth policies that are the opposite of the statist fixes pushed by the climate alarmists.


They use the flimsy intellectual scaffolding of the IPCC report to justify killing the U.S. coal industry and the Keystone XL pipeline, banning natural gas drilling, imposing costly efficiency requirements for automobiles, light bulbs, washing machines and refrigerators, and using scarce resources to subsidize technologies that even after decades can't compete on their own in the marketplace.


All of these involve giving more economic control to political actors whose interventions make the world poorer than it would otherwise be. When even the climate-change lobbyists at the IPCC concede that the world is warming at a slower pace than they once thought, it's no time for panicky rearranging of the global economy.
Posted by MS at 5:29 PM