Himalayan Melting: How a Climate Panel Got It Wrong 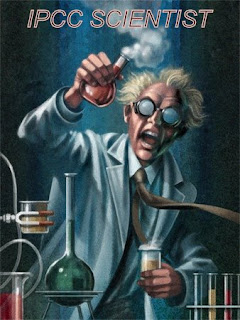 Only days after the failed Copenhagen Global Warming Summit, yet a new scandal over the scientific accuracy of the UN IPCC 2007 climate report has emerged. Following the major data-manipulation scandals from the UN-tied research center at Britain’s East Anglia University late 2009, the picture emerges of one of the most massive scientific frauds of recent history.

Senior members of the UN climate project, the Intergovernmental Panel on Climate Change (IPCC) have been forced to admit a major error in the 2007 IPCC UN report that triggered the recent global campaign for urgent measures to reduce “manmade emissions” of CO2. The IPCC’s 2007 report stated, “glaciers in the Himalayas are receding faster than in any other part of the world.” Given that this is the world’s highest mountain range and meltdown implies a massive flooding of India, China and the entire Asian region, it was a major scare “selling point” for the IPCC agenda. As well, the statement on the glacier melt in the 2007 IPCC report contains other serious errors such as the statement that “Its total area will likely shrink from the present 500,000 to 100,000 square kilometers by the year 2035." There are only 33,000 square kilometers of glaciers in the Himalayas. And a table in the report says that between 1845 and 1965, the Pindari Glacier shrank by 2,840 meters. Then comes a math mistake: It says that's a rate of 135.2 meters a year, when it really is only 23.5 meters a year. Now scientists around the world are scouring the entire IPCC report  for indications of similar lack of scientific rigor.

It emerges that the basis of the stark IPCC glacier meltdown statement of 2007 was not even a scientific study of melting data. Rather it was a reference to a newspaper article cited by a pro-global warming ecological advocacy group, WWF.

The original source of the IPCC statement, it turns out, appeared in a 1999 report in the British magazine, New Scientist that was cited in passing by WWF. The New Scientist author, Fred Pierce, wrote then, “The inclusion of this statement has angered many glaciologists, who regard it as unjustified. Vijay Raina, a leading Indian glaciologist, wrote in a paper published by the Indian Government in November that there is no sign of "abnormal" retreat in Himalayan glaciers. India's environment minister, Jairam Ramesh, accused the IPCC of being "alarmist." The IPCC's chairman, Rajendra Pachauri, has hit back, denouncing the Indian government report as "voodoo science" lacking peer review. He adds that "we have a very clear idea of what is happening" in the Himalayas.” 1

The same Pachauri, co-awardee of the Nobel Prize with Al Gore, has recently been under attack for huge conflicts of interest related to his business interests that profit from the CO2 global warming agenda he promotes.2

Pearce notes that the original claim made by Indian glaciologist Syed Hasnain, in a 1999 email interview with Pearce, namely that all the glaciers in the central and eastern Himalayas could disappear by 2035, never was repeated by Hasnain in any peer-reviewed scientific journal, and that Hasnain now says the remark was "speculative".

Despite that lack of scientific validation the 10-year-old claim ended up in the IPCC fourth assessment report published in 2007. Moreover the claim was extrapolated to include all glaciers in the Himalayas.

Since publication of the latest New Scientist article, the IPCC officially has been forced to issue the following statement: “the IPCC said the paragraph "refers to poorly substantiated estimates of rate of recession and date for the disappearance of Himalayan glaciers. In drafting the paragraph in question, the clear and well-established standards of evidence, required by the IPCC procedures, were not applied properly."

The IPCC adds,  "The IPCC regrets the poor application of well-established IPCC procedures in this instance." But the statement calls for no action beyond stating a need for absolute adherence to IPCC quality control processes. "We reaffirm our strong commitment to ensuring this level of performance," the statement said.” 3

In an indication of the defensiveness prevailing within the UN’s IPCC, Jean-Pascal van Ypersele, vice-chair of the IPCC, insists that the mistake did nothing to undermine the large body of evidence that showed the climate was warming and that human activity was largely to blame. He told BBC News: "I don't see how one mistake in a 3,000-page report can damage the credibility of the overall report."

Some serious scientists disagree. Georg Kaser, an expert in glaciology with University of Innsbruck in Austria and a lead author for the IPCC, gave a damning different assessment of the implications of the latest scandal affecting the credibility of the IPCC. Kaser says he had warned that the 2035 prediction was clearly wrong in 2006, months before the IPCC report was published. "This [date] is not just a little bit wrong, but far out of any order of magnitude. All the responsible people are aware of this weakness in the fourth assessment. All are aware of the mistakes made. If it had not been the focus of so much public opinion, we would have said 'we will do better next time'. It is clear now that working group II has to be restructured." 4

The chairman of the IPCC, Rajendra Pachauri, has made no personal comment on the glacier claim. It appears he is as well shaken by the wave of recent scandals. He told a conference in Dubai on energy recently, "They can't attack the science so they attack the chairman. But they won't sink me. I am the unsinkable Molly Brown (sic). In fact, I will float much higher," he told the Guardian. His remarks suggest more the ‘spirit of Woodstock’ in 1969 than of what is supposed to be the world’s leading climate authority.


Glaciologist Syed Hasnain: “I was keeping quiet as I was working here…” UPDATE: so Parchouri’s TERI could rake in a half million?


But Syed Hasnain, the Indian glaciologist erroneously quoted as making the [Himalayan glacier melt] 2035 prediction, said that responsibility had to lie with them [the IPCC]. “It is the lead authors — blame goes to them,” he told The Times. “There are many mistakes in it. It is a very poorly made report.”


But, even though we referenced this article in a previous story on Pachauri, a reader today pointed out something that we didn’t even notice. Read these paragraphs, and particularly the one in bold:


Professor Hasnain, who was not involved in drafting the IPCC report, said that he noticed some of the mistakes when he first read the relevant section in 2008.
That was also the year he joined The Energy and Resources Institute (TERI) in Delhi, which is headed by Dr Pachauri.
He said he realised that the 2035 prediction was based on an interview he gave to the New Scientist magazine in 1999, although he blamed the journalist for assigning the actual date.
He said that he did not tell Dr Pachauri because he was not working for the IPCC and was busy with his own programmes at the time.

“I was keeping quiet as I was working here,” he said. “My job is not to point out mistakes. And you know the might of the IPCC. What about all the other glaciologists around the world who did not speak out?”


Yes, Mr. Hasnain, what about all the other glaciologists around the world who did not speak out? Seems like a common occurrence in all areas of climate change “science.”
UPDATE:
Another reader just sent us some VERY interesting information. About Syed Hasnain, who’s job wasn’t to point out mistakes. Maybe there is another reason he kept his mouth shut. From the UK Telegraph comes a story exposing that Hasnain works for the Delhi-based company of which Dr Pachauri is director-general:


What has now come to light, however, is that the scientist from whom this claim originated, Dr Syed Hasnain, has for the past two years been working as a senior employee of The Energy and Resources Institute (TERI), the Delhi-based company of which Dr Pachauri is director-general. Furthermore, the claim – now disowned by Dr Pachauri as chairman of the IPCC – has helped TERI to win a substantial share of a $500,000 grant from one of America’s leading charities, along with a share in a three million euro research study funded by the EU.


Yes, keeping his mouth shut resulted in an extra half-million for Pachauri’s TERI.
Follow the money.