and see prior post on the cause of ice ages 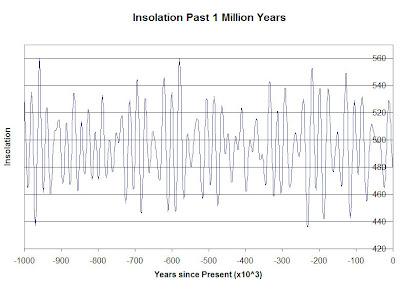 The last time insolation was this low was about 20,000 years ago, just before thawing of the last ice age. Insolation peaked again 11,000 years ago and has declined since then. 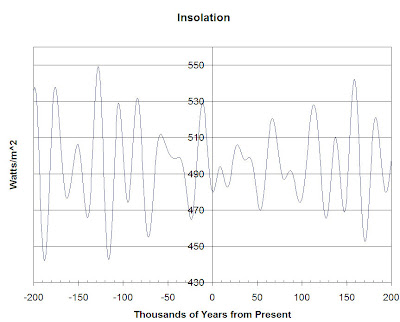 Insolation is now bottoming for the next 2 millenia at a relatively "cold" level, but short of the lows associated with the peak of past ice ages. 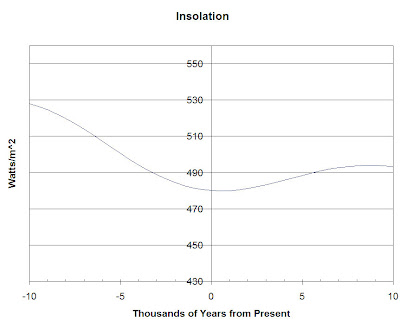